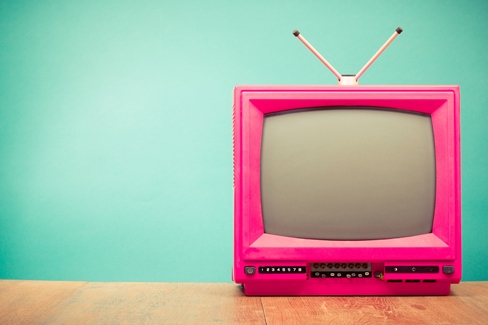 How many times has someone approached you for a book recommendation, but when you ask “What do you like to read,” they only reply with sheepish mumbling? The traditional approach to readers’ advisory interviews presupposes that the patron is already a reader. To answer the questions we typically ask to gauge their interests, the patron needs to have at least a vague idea of the authors, genres, or types of stories they like. Thus, a non­-reader or someone who can’t articulate their reading preferences presents a challenge. When you are stuck on how to suss out what a patron likes, try the following unconventional readers’ advisory question.

What is your favorite TV show?

Organizing browsing collections by TV show is already a crowd-pleaser, so why not introduce television into readers’ advisory? Asking about a favorite TV show usually nets an enthusiastic response and gives you something to use when suggesting books.

Some shows make it easy to recommend titles if they’re already based on books. A patron who likes shows like Game of Thrones, Outlander, Orange is the New Black, House of Cards, or Wayward Pines might enjoy reading the books they are based on.1 2 Other shows, like Mad Men, have spawned a wealth of books about the show that might ease reluctant adult readers back into the habit.

More challenging responses rely on the readers’ advisory skills we already cultivate. A response like Downton Abbey means they might like period pieces, things set specifically in Edwardian England, or books about relationships and intrigue. Consider the show’s pacing the way you would for a book. For example, a patron who loved Breaking Bad might enjoy books that are more edgy and juxtapose the slow build of character­driven segments with moments full of explosive drama.3

But what about reality shows like The Voice or I am Cait that are popular with younger audiences? First, consider what people like about these shows. They chronicle exceptional times in the lives of ostensibly real people. They are also water­cooler fodder, and discussing them later is part of the fun. Finally, they generate a buildup of suspense; what will happen next and who will be voted off?

Lovers of reality TV may enjoy the latest hot title that everyone is talking about simply because it’s something they can discuss with friends. This might also be a patron who enjoys nonfiction such as a celebrity biography or a ripped-from-the-headline  exposé. However, it is important to be specific—Team Edward versus Team Jacob rivalry, anyone?

If this approach works in your library, consider keeping up with the latest shows the way you keep up with the latest books. Never heard of Empire? Then you won’t be able to recommend similar books. Media analysis sites like A.V. Club are useful resources to help you learn about the latest shows. Don’t be afraid to consult Google when brainstorming titles to match a patron’s TV preferences. The Huffington Post, which employs a legion of pop culture experts, often creates lists of books that are likely to appeal to the fans of various shows. The social cataloging site GoodReads also features many user-created shelves that compare shows and books.

Inquiring about a patron’s TV choices is only one unconventional way to assist them in choosing a book. Video games, hobbies, or dream vacation destinations can also give librarians a glimpse into what books a patron might enjoy. Be creative and approach the readers’ advisory interview with confidence now that you have an unexpected question up your sleeve.