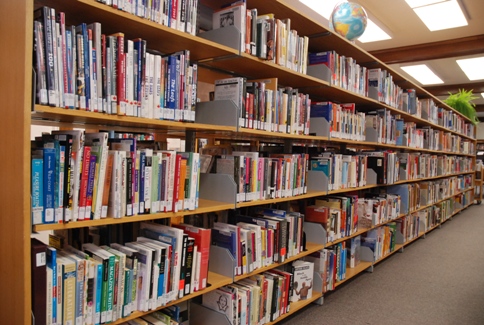 Celebrity or interest in famous people is not a new pasttime. Fame is fleeting and books about celebrities have always been popular. There are numerous individuals who were well-known celebrities during their lives but unknown today. Except for the curiosity and research skills of enterprising authors, the names of many ‘formerly famous’ historical figures would have been lost over time.

Long before Al Gore’s “inconvenient truth” and Rachel Carson’s “silent spring,” there was Rosalie Edge and her “unpleasant facts.” Dyana Z. Furmansky’s biography, Rosalie Edge, Hawk of Mercy: the Activist Who Saved Nature from the Conservationists, is a vivid portrait of a woman who, during her time, was a power-house in the field of conservation. Rosalie Edge took on the National Audubon Society, which was a different type of organization in the early 1900s. Furmansky follows Edge from her privileged childhood and marriage through her highly successful pamphlet campaigns that helped to uncover many cases of corruption. Edge is best known for founding the Hawk Mountain Sanctuary (PA) in 1934 but she continued her environmental efforts into the 1950s and early 1960s and deserves to be remembered for her contributions.

Ever planted a garden with seeds from a packet and wondered who developed the strains of those plants? From 1873 to 1925, horticulturist Luther Burbank developed more than 800 new varieties of vegetables, flowers, fruits, grains, and nuts through his experiments in plant breeding. An early breeding success was the large, white-fleshed potato which is now grown all over the world. In the process of inventing new plants, Burbank changed the face of agriculture and the business of food marketing. His name and inventions were considered to be on par with Thomas Edison and Henry Ford. The Garden of Invention: Luther Burbank and the Business of Breeding Plants by Jane S. Smith brings his name back from obscurity and offers insight in the early efforts to modify the foods we eat.

The Black Count: Glory, Revolution, Betrayal, and the Real Count of Monte Cristo tells the life of General Alexandre (Alex) Dumas, father of the famous French novelist, Alexandre Dumas. Tom Reiss provides a detailed biography beginning with Alex’s life on Saint-Domingue (now Haiti) as the son of a black slave and a rather disreputable white French nobleman. Reiss traces Alexandre’s career as he makes his way to Paris, rises to the rank of General in Napoleon’s republican army, and is thrown into prison to languish for a number of years despite being a hero of the republic. Alex’s son is well-known for his classic adventure novels such as The Three Musketeers and The Count of Monte Cristo, but few probably realize that the inspiration for the latter was the life, exploits, and tragic fate of his father.

Journalist David Grann wrote The Lost City of Z: a Tale of Deadly Obsession in the Amazon after becoming fascinated with the mystery surrounding the 1925 disappearance of renowned British explorer Percy Harrison Fawcett. Fawcett was a ‘rock star’ in the field of world exploration, considered to be on the same level as the African explorers Richard Burton and David Livingstone. In an effort to find Fawcett or his remains, 13 search expeditions were launched from 1925 through the mid-1950s and resulted in the loss of more than 100 lives. As part of his research, Grann travelled to the Amazon and the recollections of his search experiences enhance the story even more. The Lost City of Z is a popular book discussion title and has been optioned to be made into a movie.

Each of these titles tells the story of a former celebrity and the impact they had on their times. Thanks to the intrepid authors who wrote these books, readers have the chance to re-discover these ‘famous’ individuals lost to history.