The Mystery of Every Shelf: A Conversation with Lindsay Hunter 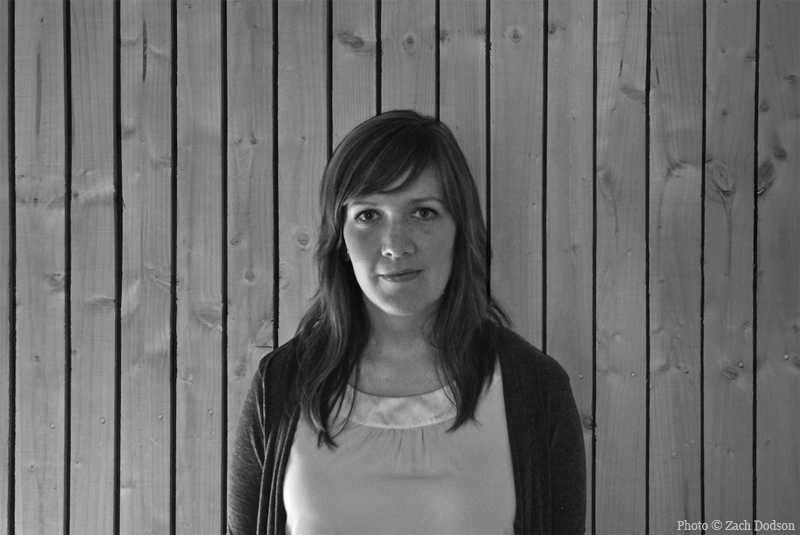 Lindsay Hunter’s short stories from her first collection, Daddy’s, were widely lauded, with St. Louis Magazine dubbing them “tiny gothic gems.” Her sophomore collection, Don’t Kiss Me, introduced her to a wider audience and more critical praise. The Chicago Tribune said her new stories “make you feel like your heart could kick the windows out” and New York Magazine placed the book on its summer reading list.  Her evocative prose and unnerving characters has made her a favorite of readers who seek boundary-pushing fiction.  Hunter spoke to Brendan Dowling via telephone July 31, 2013. Photo credit: Zach Dodson.

Public Libraries: Your stories seem to evoke the South but they never specifically state where they take place. Is that purposeful?

LH: I think it is purposeful. Especially because I’m from Central Florida, and I feel like no matter what, immediately people think Mickey Mouse. For the stories in the two books, I didn’t want that to be a factor. I wanted it to be just part of the story, seamless. It doesn’t really matter what city it is or even what state it is.

PL: I wanted to talk about your involvement with Quickies, you reading series where writers were given four minutes to read a complete piece and are buzzed off if they went over their time. Does performing your work shape how you write your story?

LH: I try not to let in that voice of, “I’ve got to write this sentence because it’ll really make them laugh.” If it does start to happen, inevitably it’s not a story I feel very strongly about. I had a zine in highschool called “Pantload” and I remember learning that lesson back then. I remember thinking, “I have to write something that people will be really excited about.” And it was just torturous. I ended up writing something that didn’t even feel like mine. I remember thinking, “I’ll never do that again!” (laughs)

So I try really hard not to think about that even though it is a big factor. I try not to let that guide what I’m writing. I sit down and try to write the story as it unfolds before me without thinking, “Yeah, this will really get them.”

But I think reading out really did change how I write. Especially because when I started Quickies with Mary Hamilton, I wasn’t writing as short as Quickies demanded. Quickies’ whole thing was you have to read a complete piece in four minutes or less. It couldn’t be poetry and it couldn’t be an excerpt or a chapter. It had to be a complete story. It forced me to condense in a really valuable way. I was already sort of obsessed with words and imagery but I got to really focus and hone that. I think when [the words and imagery are] fresh it becomes fun to read. It becomes fun to expose people to a phrase that you’re really excited about.

PL: What is it about these almost flash fiction pieces that you can accomplish in a shorter space that you can’t capture in a novel?

LH: I get asked this a lot and I feel like my answer always changes. Everything that’s in a flash fiction piece is also in a novel and vice versa. So hopefully in both you’re creating a world—even if you only get to view that world for a page or 500 words or a thousand words, much in the same way as you get to view it in 60,000 words in a novel.

What holds my interest with flash fiction even to this day is it’s really about defining moments. I was talking about this with my publisher, about how I think back to this moment when I told my mom to sing a song because I liked her voice. So she sang this song, and then I revealed that my sister and I had recorded it so we could mock her. And I feel like that’s a moment, that’s a story. That could be a flash fiction piece. That’s a defining moment in my life, in my sister’s life, and my mom’s life. It really says a lot about the dynamic we had back then and what shitheads we were. Even now, the way I’m telling it, there’s a story there too, because I think back on that moment with shame. So I either tell the story as a reflection or I tell the story as it’s happening, in the moment. Either way it’s a different outcome. If I tell the story in the moment it’s the story of these two shithead girls and the ruthlessness of childhood. If I tell the story as an adult looking back it’s a reflection, a vignette of regret.

That’s what I really appreciate about flash fiction—it condenses everything and makes you get to the heart of what you’re trying to say.

PL: Your stories really have an unsettling quality where the reader’s plunged into these strange worlds and it might take a page or two to get one’s bearings. Is that unsettling nature or immersive quality important to you?

LH: The immersive quality is very important to me. I don’t want to ever tell the reader how to feel or tell the reader, “This is what you’re supposed to be thinking. So as I write I try to look down and write what I see. I know that sounds very New Agey and mystical but it’s true. I see what’s there and that’s what I write.

I don’t set out to be weird or unsettling or gross, but I think that’s just the stuff that I notice in my own life. Bodily fluids and farts and crying and vomiting—that’s what makes us human. I like to show that despite [how extreme my characters can sometimes be], these people are still very human. They’re still struggling just like everyone else is. They’re all pretty lonely. I don’t set out to be like, “Ha ha ha, I’m going to write this really gross piece,” but that’s inevitably how it turns out. I just wrote a story for Unstuck and I was reading it over, thinking, “Good God. Why can’t you just write about the scenery?”

PL: I was reading an interview where you said you’d love to be Alice Munro—

LH: God, I would love to be here. And I think a lot of people would say the same thing but you can’t! You can’t be her.

PL: Was there a moment when you had to embrace what your voice was?

LH: I think this is similar to any writer who finally writes what they want to write and finds confidence in their voice. I was writing a long torturous novel when I was in grad school. I was so sick of it, that one day I just dashed out a story, and it felt really good. It was my voice, it was mine, and I was so proud of it. I called my family members to read it to them over the phone. I made my husband listen to it. I read it to my class that day. And I think once you pay attention to what you’re having fun doing, what excites you—if you follow that and stop trying to be this other kind of writer, stop trying to write what you think you’re supposed to be writing or what you think people want to hear—then this whole other world opens up.

So definitely there was a moment where I was like, “Oh all right, I’ll just start writing this stuff, because this is what I feel good doing and I feel excited to read it afterwards.” I wasn’t born with any confidence in my writing at all. It took many years.

PL: So now that you’ve found your voice and your footing in short stories, do you think the world of shorts stories is where you’re going to be?

LH: I definitely will never leave the world of short stories. I’m working on a novel that’s coming out next fall so I’ll enter that world for a hot minute. But even as I’m working on it, I’m also working on stories. I love writing stories, but I challenge myself to do other things too. When I finish this novel I’ll probably write a script. But short stories, that’s my home.

LH: Oh, definitely. After my first book came out—even before it came out, I was being told, “Okay, you better have a novel in the chamber because people are going to start asking you for it.” Of course I didn’t believe that but that’s exactly what happened.

The day that my first book came out I got email from people at Harper, at FSG, “Are you writing a novel? Show me your novel! What do you have?” And I didn’t have anything! I was like, “Shit, I’ve got to start writing a novel.” (laughs) I started one and I really didn’t like it that much so I abandoned it and I started another one and then the one I’m writing right now. Along the way I was like, “Do I want to do this? Do I really want to write a novel or am I happier writing stories?” What I came to realize is I do want to write this novel. That’s how I started my life as a writer; it’s something I won’t feel complete without doing. But there’s definitely that attitude of, “Okay, you’re done playing around, these are cute, but when are you going to write something real?” It’s sad, but I also think it’s changing. People in my own community are like, “Screw that! I have no interest in writing a novel”

PL: You mentioned in another interview how one of your biggest influences was your mom’s high school yearbook. I was wondering how exactly does that influence you?

LH: So she gave them to me which was the best gift ever. She hasn’t given me her childhood scrapbook yet, but I’m going to request that next. I’ve always had this nostalgia for things I never knew, for lives I wish I could have witnessed or been a part of. It’s crazy to think about your parents before you. That’s such a weird thing for a child to grasp. So I’ve always been very fascinated with her life in high school. There are so many stories and little moments that I wish I could have seen but maybe if I had, it would have taken away the romanticism of it. I like imagining it more than I’d like to know exactly what happened. It’s just my general nostalgia, which I’ve had basically my whole life, yearning for a time I wasn’t a part of or experiences I didn’t have, and her yearbook is chock full of those. So many people signed her yearbook, and I love thinking about where they are and who she was to them then. One day I want to put them on display and have people visit them. I just think they’re so cool. They’re just awesome.

PL: And finally, what role has the library played in your own life?

LH: So just like the yearbooks gave me so much, we used to go the library every weekend when I was growing up. I remember thinking, “Oh my gosh, I want to read every single book in here.” It’s where I discovered Jill McCorkle, who’s one of my favorite authors to this day. I can remember pulling Ferris Beach off the shelf and thinking, “I’m going to read this.” That’s still one of my favorite books.

The smell of library books and the mystery of every shelf were so important to my childhood. I’ve always been a voracious reader, but I couldn’t get enough as a child. I loved it.