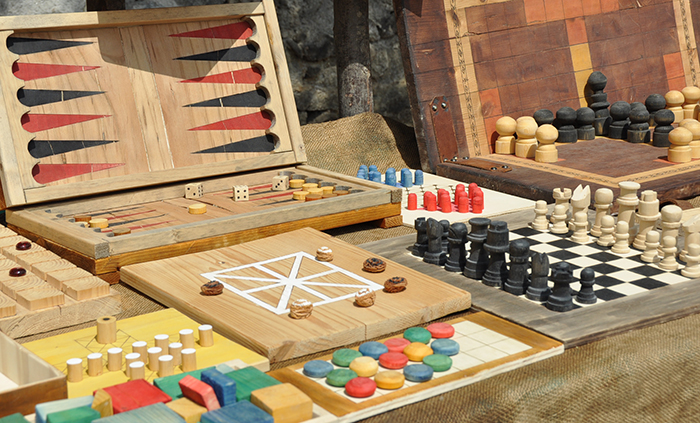 Some of the joys of going to a locally-owned coffeehouse are slowly enjoying a strong cup of coffee, a warm muffin, and a friendly game of chess with a friend. Sometimes people go there to read a book or catch up on the news via newpaper or wi-fi connection. Those statements should describe a library, too. Perhaps not the muffin part quite yet. Not enough libraries have muffins available for sale to patrons, but that is another blog post.

There have been articles and blog posts comparing and contrasting coffeehouses and libraries. They both can be considered “the third place.” One thing that we have begun to experiment with at our library is the coffeehouse concept of having board games available for folks to use. Our library has a history of unstructured activities available for patrons. It’s not a passive program, and we don’t count these people for programming statistics. We simply make things available to them. For a while now, our patrons have found corner tables and unused study carrels to spread out and put together a puzzle. We have puzzles people can borrow, but we also have plenty of horizontal real estate available in the building. Regardless of age, we see people sit down for a few minutes or a few hours to work on a puzzle. Some people will start a puzzle and wander away. Others will find a puzzle someone began and not leave until they have finished it. Building on this success with puzzles, we started collecting board games of all sorts.

Gaming programming has been a hot topic in public libraries of late. Young adults in particular are drawn to library programs involving Settlers of Catan. Initially we were going down just this sort of structured gaming road, and we do have a well-attended “board game day” that focuses on more complex games. But outside of our structured programs, we found that folks had begun requesting or just helping themselves to our pile of games and playing them throughout the day. It was about the time this behavior started to be more noticeable that we found our local coffeehouse also had board games available for people to play.

We now heartily encourage people to play our board games. We have six or seven chess sets and most of them have all their pieces still! Checkers has turned out to be really popular, and we had to get several more sets recently. When the  junior varsity boys soccer team from the local high school  started hanging around at the library waiting for their home games to start, we realized we needed more game boards. We’re really NOT joking about the soccer team. It’s amazing to watch when they come in!

Libraries have always been the home of unofficial and unsanctioned groups of gamers who use the library and/or its meeting spaces to play games. With International Games Day coming on November 16th this year,  it’s even easier for libraries to support gaming of all kinds. Our point is to remind you not to let the rush for statistics and structure take away from your patrons’ joy at just coming in and playing a game. And of course…think about offering muffins while they play!