A Guide to Wiping the Egg Off Your Face 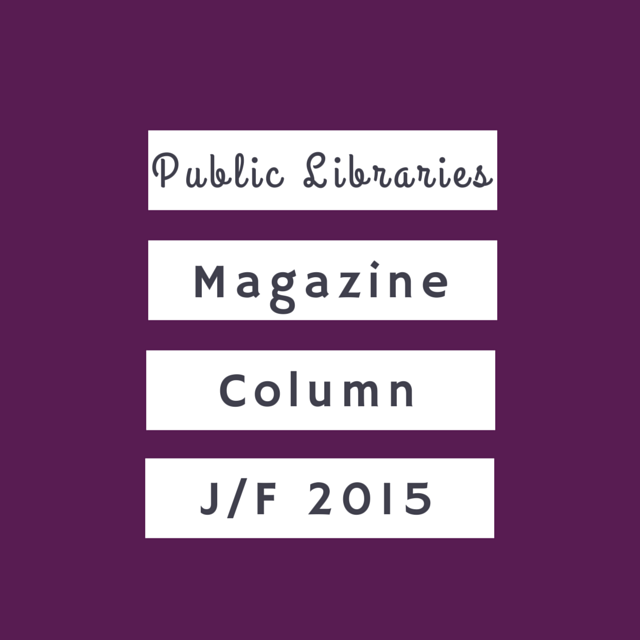 Customer service is an ongoing balance between quantitative and qualitative elements. On one hand, our profession’s “killer app” is its ability to identify an individual’s needs through a combination of probing questions and intuition, done with courtesy and without judgment. On the other hand, the steady flow of patrons and the need to keep statistics counts up means that many aspects of the user interaction have to stay uniform. It’s this balance between uniformity and personalization that makes every act of customer service something new. Throughout the days, weeks, and years of a library’s life, each of these transactions start to run together.

Looking at the aggregate numbers of patron interactions, it’s easy to forget that there could be any number of failures mixed in with all the successes. Any number of technological, human, and just plain strange anomalies can cause a customer interaction to go south. Consider the batting average: in baseball, you’re generally considered better than most if you can get a hit one-third of the time. As public institutions, we have to set the bar a little higher. This becomes all the more apparent when you work in an online environment. We work in public. It’s right there in the name of our institutions. But the constant level of scrutiny brought on by the web adds an extra degree of difficulty to the work that we do.

The web is littered with stories of spurned customers turning their terrible experiences into viral content. One of the most famous examples of this is the “United Breaks Guitars” saga.1 In 2008, Canadian musician Dave Carroll went through every guitarist’s nightmare: being stuck in an airplane while witnessing baggage handlers carelessly tossing his and his band’s expensive equipment out of the cargo hold. Upon finding significant damage to his prized guitar, he contacted United Airlines to see if they could make things right. And after nine months of phone tag, lost claim numbers, and shifted blame, he turned to YouTube to tell the world about his poor treatment. After racking up millions of views (currently at 14.6 million and counting)2 and a media firestorm, United blinked and was forced to reassess its customer-service policies.

Carroll’s story is hardly the first of its kind. But it provides an apt demonstration of how something that starts as a customer-service disaster for one individual can turn into a public-relations nightmare for a much larger organization. One voice has more power than ever. The Internet’s long memory can bring an issue back into the spotlight, long after the issue is resolved. (Google still offers “breaks guitars” as a possible search when you type in “United,” seven years after the issue was “resolved.”) All of this is an excellent reason to look at your own social-media policies, and to understand how to respond to customer-service breakdowns in a hyper-connected world.

When a bad customer experience hits the web, it’s only natural to want things to blow over as quickly as possible. And this is the problem: Organizations that go viral often do so by attempting to do the bare minimum to achieve a resolution, or hoping that if they ignore something, it will
go away. If the customer was feeling put out before, this only makes it worse. And if that customer doesn’t feel like they’re being heard, they’re eventually going to look elsewhere for a sympathetic ear. This is the perfect recipe for becoming Internet famous.

Librarians place incredibly high expectations on our own levels of customer service. Between the multiple points of access and the sheer volume of transactions we engage in, having a bad interaction is a matter of when, not if. We can’t hide from this. If you’re prepared for a social-media disaster, you can save your library from digital infamy. Here are a few tips for building a sound customer-service strategy in the age of social media.

In order to resolve a bad customer experience, you of course have to know that it occurred in the first place. Staff members need to feel comfortable approaching their supervisors with news of a bad interaction, so the organization as a whole can get in front of the issue as quickly as possible. Having been on both sides of this equation, I know how awkward this can be for both parties. If you’re on the frontline staff, know that it’s always better to
acknowledge the mistake, no matter how embarrassing it might be. And if you’re the supervisor in this situation, I hope you realize that your staff member acknowledging the issue is a sign of their commitment to good customer service.

The non-apology apology is often the first knee-jerk response to an online complaint. Regardless of whether or not the issue is serious, responding with an “I’m sorry you feel that way” message can only make things worse. If a patron feels bad enough to take to social media, the most important thing you can do is make sure they feel heard. If they’re sufficiently upset, that warmed-over response can be rebroadcast as evidence of your failure to
grasp their grievance— and the tipping point for a much bigger set of problems. If you’re going to apologize for something, make sure it’s a sincere apology that acknowledges the library’s role in the service breakdown.

Know What to Keep Public and What to Take Offline

The constraints of social media can also lead to misunderstanding, and cause small issues to grow into much bigger problems. Whether it requires direct action or if it deals with personal information, there will likely be a point where a public transaction needs to move offline.

This is another reason you’ve got to make the patron feel heard: if they don’t buy your initial apology, any attempt to get the conversation off the Internet is going to look like you’re trying to quash it. Be direct, use private messages to get the user’s contact information, and get in touch with them as quickly as you can. Like a reference interview, the initial complaint often obscures a much different issue.

Getting a feel for the actual problem is one thing; resolving it is another. Once you’ve established the direct lines of conversation with the patron, you’ve got to determine what you can do to make things right. If you’ve been quick to respond, candid about the issue, and can reasonably offer a solution, there’s a good chance that the patron will thank you in public, leading to a completely different kind of viral sentiment.

Even if this is a completely anomalous issue and you’re able to find a solution, it pays to be vigilant. Keep your Google and Twitter alerts current. Search for terms like “problem [your library]” on a regular basis. Check up on Yelp from time to time and thank anyone who leaves a review, no matter how negative. As you get into these habits, you’ll be better equipped to head future complaints off at the pass.

Being Excellent in Public

We talk a lot about social media as a tool for getting the word out about library products and services. But more than anything else, it needs to be a platform for listening to our public. Our local Facebook and Twitter followers are some of our biggest fans. If you can demonstrate that you’re listening to them, then you’ve got an even bigger megaphone with which to broadcast all the great things you’re doing. Don’t wait until something goes wrong to cultivate this audience. If you can build tangible relationships with your online audience, it’s a way of showing your impact to the people
in their network. If you can provide excellent customer service—not to mention just a pinch of surprise and delight—in this space, it’s going to make it that much easier to fix transactions that go wrong.