Like a Rock Star – A Little Free Library Goes on Tour 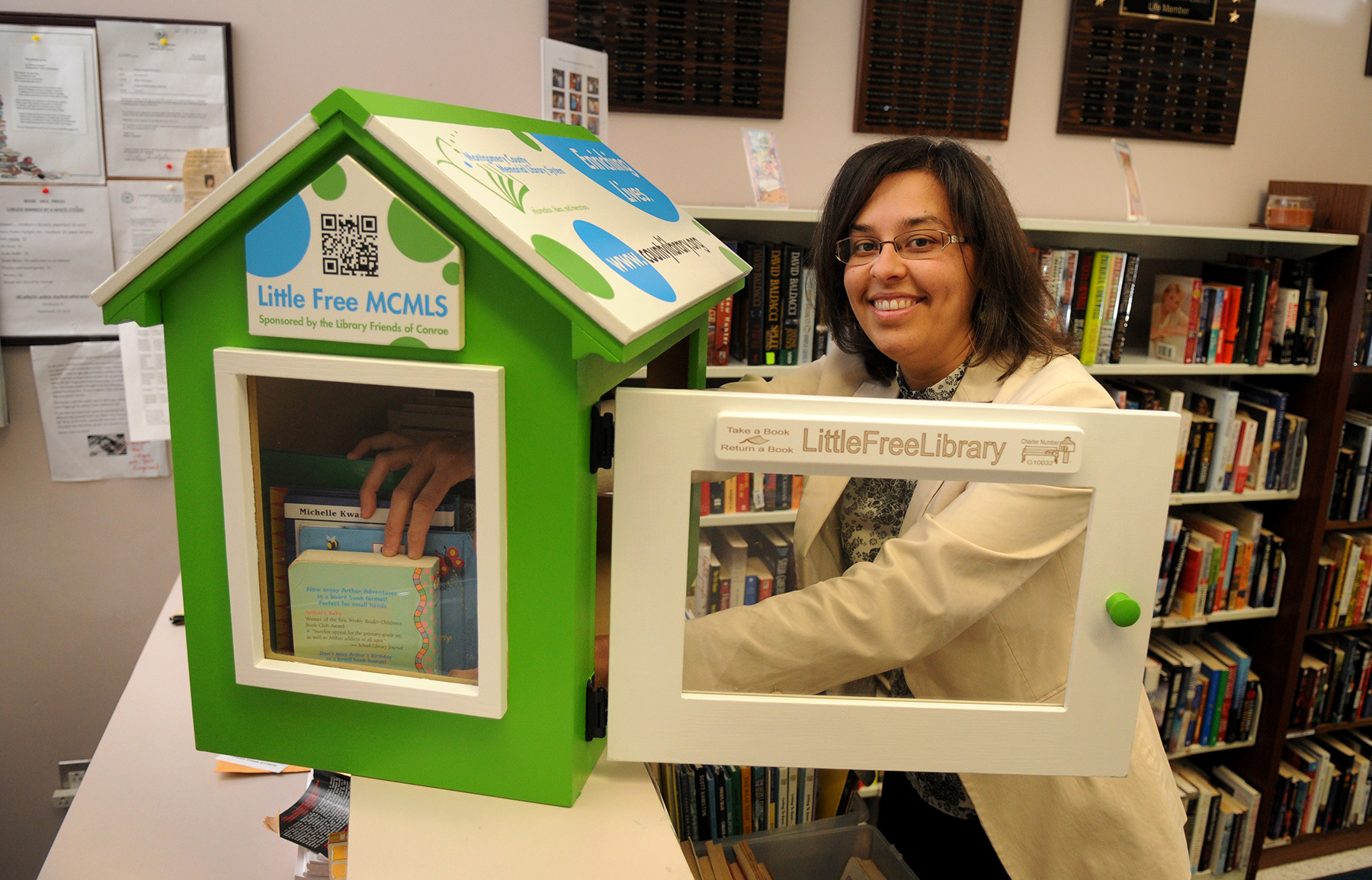 A couple of years ago the Little Free Libraries (LFL) craze began. As was noted in a previous Public Libraries Online blog post, LFL can be put up at any community location, such as a Homeowner’s Association clubhouse, a dog park, a playground, or even someone’s yard (with the owner’s permission). LFL fever has spread and now public libraries have put a new twist on it. Why not have a public library loan out a LFL as if it was a book or DVD?

Such was the question Melissa Baker asked herself and her library director at Montgomery County (TX) Memorial Library System. And the answer resulted in their newly created LFL loan program, which they hope to begin in the spring of this year. “I see this as a natural consequence, resulting from not being able to limit the project to just one area in our county. We have seven public libraries in our county, and we do reach a large number of library customers on a regular basis. But we are spread out and there are many great potential places where a Little Free Library would add value to the community,” says Baker.

Baker admits that there are a variety of ways to create the actual LFL, including partnering with local community groups or businesses. In this case, they ordered a kit from Gaylord and then customized it with their own logo. Montgomery County’s Friends of the Library group donated books to put in the LFL.

There are some things to consider if undertaking such a program. Who is going to install it at each location, the library staff or the borrower? Are release forms required depending on each location? How accessible should locations be? Should LFL be only at locations that have 24/7 patron access, like a public park, or are some limitations acceptable, such as at a mall or store? These questions are important but not insurmountable. A bit of thinking and planning can go a long way in implementing such a program at your public library.

This month, Baker has created an application and will begin the application process online. Only a few locations will be chosen every year. The announcement for the first location is expected during National Library Week in April. “We’ll list the ‘touring’ schedule of the library on our website so the little library will be kind of like a rock star, with upcoming dates in various parts of the county being announced on a regular basis,” says Baker.