Build a Robot and Add It to Your Staff 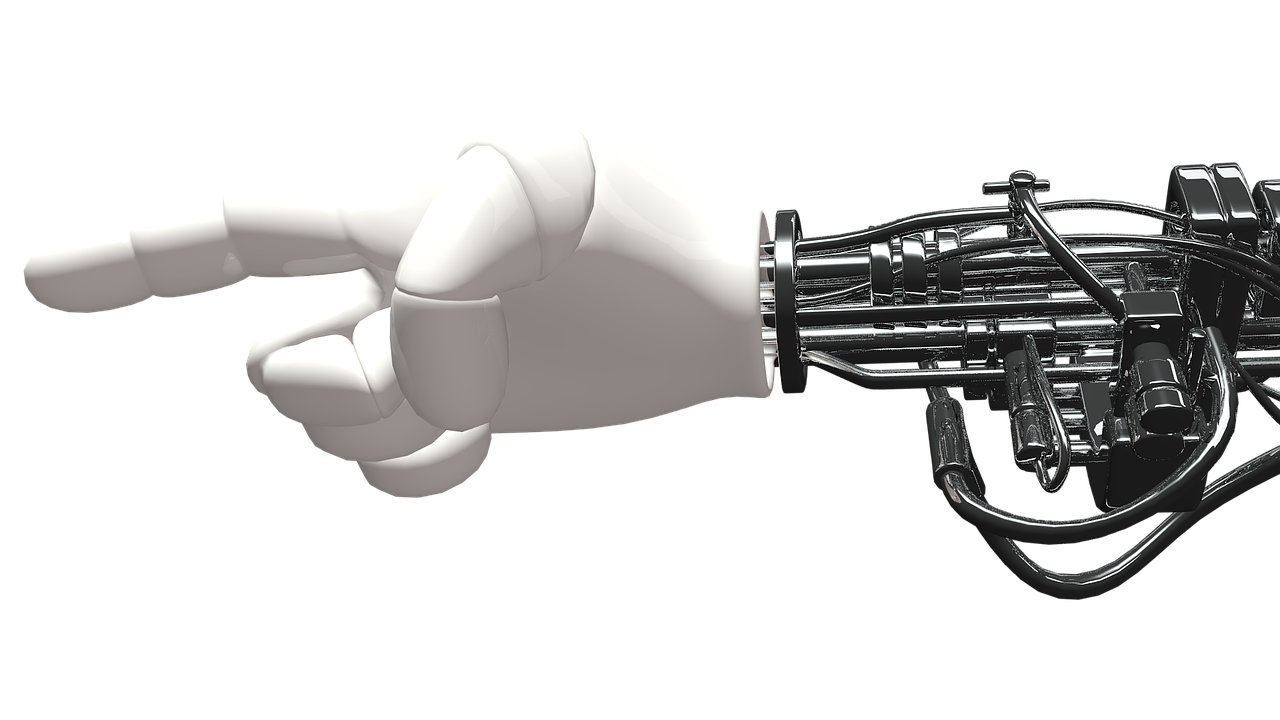 Robots have arrived at the library. The newest staff member at Longmont Public Library in Colorado is a robot prototype named Bibli. It can tell a story, answer patron’s questions, and show patrons where materials are located within a limited amount of space. Bibli was built for this library to engage with library patrons–especially those diagnosed with Autism Spectrum Disorder (ASD)—and explore partnering with industry.

Bibli is a homemade robot. It uses a Roomba-branded floor vacuum base, just like the disc-like vacuums that roam household floors sucking up dust balls. It was built by library patrons for library patrons with the assistance of Jalali Hartman of Robauto, Inc. Hartman describes himself as “Chief Human” of his company. 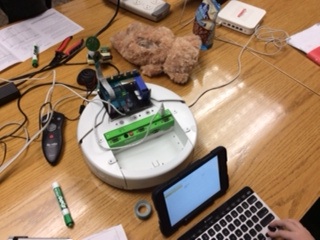 A combination of industry, librarians, engineers, and patron-families collaborated together over the last twelve months to build Bibli. The common goal was to create a robot for the library to increase engagement in its patrons. Many of the kids on the small team that helped create this robot were on the Autism Spectrum. A lot of research shows that ASD kids engage as well or better with robots.

This prototype, which debuted with human library staff members at Denver Comic Con in May, is being tested at the Longmont Public Library according to Hartman. Bibli will be commercially available in 2016. A portion of the proceeds will go to benefit autism research in schools and libraries.

When Jalali (his name is pronounced Juh-lolly) first contacted me about building a robot for the library I was intrigued. Building a robot with almost no money, in a library for the library with kids on the Autism Spectrum, seemed like a very strange and light-hearted discussion. Now I take both Jalali and robots very seriously and he takes libraries seriously. He hadn’t read a book in years (that has changed since of course). Don’t be afraid to approach your leadership and potential funding sources just because your project hasn’t been attempted before. Don’t shut down an idea just because you don’t know what you are doing. We are librarians: if we expect our patrons to dare to learn new ideas and concepts we had better show the way.

While other companies spend millions of dollars in testing and research to make social interaction robots Bibli cost less than three thousand dollars. Most robots after research and development cost over $6,000 each—even at reduced educator’s rates. Manufacturing robots can cost $25,000 each or more. Most families, and most libraries, can’t afford a robot.

Social robots on the market today include “Milo” from Robokind and “Nao” from Aldebaran.

Most of the money for Bibli came from a grant from the C’AND Aid Foundation written for its “Total Canarchy” grants division. This foundation section is described for “UnCANventional (sic) projects that make a difference.” Money was also granted from the Friends of the Longmont Public Library towards this project. 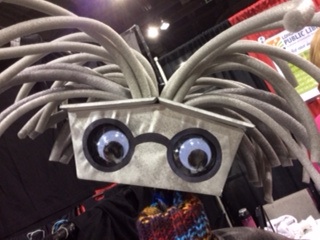 In many libraries funding is decreasing, not increasing, and public-private library ventures may be a source of necessary revenue for public libraries thrive. What it requires is innovative public library leadership as well as a business, such as Robauto, experienced with these types of partnerships. Hartman states that non-profit colleges and universities use and encourage partnerships with businesses regularly and it is a model that can be adapted for library partnerships as well.

Robots have long been employed in other industries such as manufacturing. An example of this is “Baxter.” It is a robot built by Rethink Robotics. It works primarily for the manufacturing industry but can be repurposed across jobs and does not require programming.

Three robot receptionists will greet guests in July at the Henna-no Hotel in Nagasaki prefecture in Japan. According to the Japan National Tourism Organization, “Initially the hotel will have 10 robot members of staff,” but Huis Ten Bosch company President Hideo Sawada told a news conference, “In the future, we’d like to have more than 90 percent of hotel services operated by robots.”

The use of robots, just like the use of computers decades ago, is increasing. Libraries will be no exception. While libraries are not hotels or manufacturing they are in the business of educating, engaging, and entertaining their patrons. Robots in the library, at least in one library, seem well on the way to doing just that. 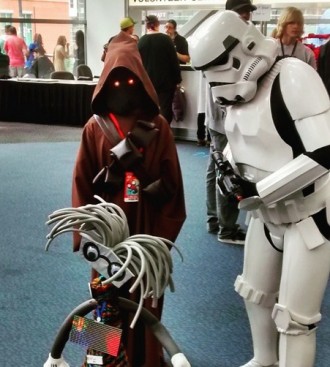