Refugees and The Public Library 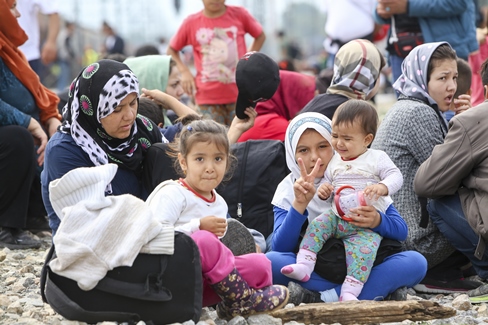 U.S. public libraries are currently serving refugees and expecting more with open arms just as our overseas counterparts (see Refugees Supported by Public Libraries in Europe). If you are asking yourself if your community should expect refugees the answer partially rests with the President and Congress who determine on an annual basis the amount of refugees each year. It is then up to the Resettlement Support Centers to determine where a refugee will be resettled (U.S. Department of State). At the center of current controversy is exactly how the United States government intends to qualify refugees resettled from countries like Iraq and Syria, whose residents are fleeing from the terrorist organization calling itself the Islamic State of Iraq and al-Sham (ISIS).

For lists of receiving states, data, graphs and maps visit the Refugee Processing Center’s web site. The Refugee Processing Center (RPC) is operated by the U.S Department of State (DOS) Bureau of Population, Refugees, and Migration. For city-specific information, try checking the Resettlement Affiliate Directory (to see if there is a resettlement support center in your area). If so, contact them to inquire about how the library can help. With the release of the Proposed Refugee Admissions for Fiscal Year 2016 we gain a much clearer picture of the 2016 U.S. Resettlement Program and how it may impact our communities and the way in which we serve them.

In order to grasp the historical context and put those numbers in perspective one should know that the United States saw over 250,000 displaced Europeans in the wake of World War II, and then the Displaced Persons Act of 1948 was enacted, allowing for another 400,000 seeking asylum.[2]

Introducing public library services to people who may not have had a public library and who do not understand the concept of a public library is both exhilarating (new patrons) and overwhelming (what services will they need? Which languages do they speak?). Thankfully there are libraries that have been providing these services all along and we can look to them for guidance. If you find that you are a receiving community, a great place to start is the WecometoUSA.gov web site that new arrivals are being directed to where they can learn more about living in America. A page just for public librarians offers citizenship resources, educational materials, ESL, citizenship class including links to exemplary models found at the Los Angeles Public Library, Queens Library and Harford Public Library.

Once again, as always, the public library is here to assist new arrivals to the country and open our doors to a whole new world for our upcoming citizens and their children. Are you currently serving refuges in your community or do you anticipate refugees arriving soon? I would love to hear from you about how you are serving them or plan to serve them.