by Carolyn Anthony, Director of the Skokie (Ill.) Public Library on January 20, 2016

Looking Back
What started from the work of the Performance Measurement Task Force (PMTF), established during my 2013 Public Library Association (PLA) presidency, has now become a full-fledged PLA service known as Project Outcome, providing over 900 registered users with the outcome measurement tools, resources and support needed to measure the true impact of their library services and programs. Over 200 public libraries are currently using the Project Outcome survey tools to measure the outcomes of at least one program or service and nearly 5,000 surveys have been aggregated into the Project Outcome Data Dashboards. In just six short months after launching in June, Project Outcome has quickly met the public library demand and desire for standardized performance measures and continues to expand toward more advanced data collection.

My 2014 Public Libraries Online article Moving Toward Outcomes highlights the importance of understanding why outcome measurement is essential to enhancing the ever-changing roles of libraries. Looking back on this year of introducing outcome measurement to a vast range of public library audiences, it is clear that the shift toward making outcome measurement standard practice is in full swing. Working on the planning development of Project Outcome at the 2015 American Library Association (ALA) Midwinter Meeting in Chicago, we established the project’s goals, what the tools would look like, and how users would be supported so they could easily implement outcome measurement within their own libraries. Almost a year later, the Task Force is already working on the next set of advanced measures. PLA has presented Project Outcome at six different conferences, while simultaneously conducting 9 webinars to nearly 1,000 attendees on various outcome measurement topics and will continue to expand its reach throughout 2016. 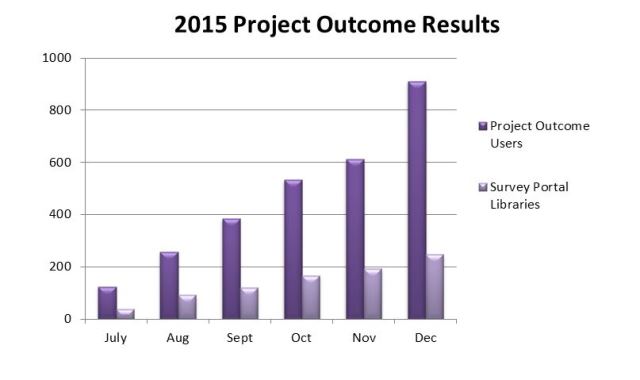 Why Measure Outcomes?
While we are excited by how quickly Project Outcome has accelerated both in user numbers and development, the real outcomes of the project will be realized as individual libraries are able to show local funding authorities the difference the public library is making in the lives of local residents and then, as data is aggregated, to reveal the true impact of the public library on people throughout states and regions.

Serving libraries of all shapes, sizes and capacities is Project Outcome’s number one priority. Whether creating a strategic plan for the first time or needing to make small programmatic changes, transitioning to an outcome-oriented approach requires outcome measurement to be at the forefront of the planning process. I recently presented on the PLA webinar Project Outcome: An Integral Part of the Planning Process, which guided participants through the four-step outcome measurement process: 1) set goals, 2) measure outcomes, 3) review results, and 4) take action.

For example, a high priority for the community of Skokie, Illinois is immigrant integration. 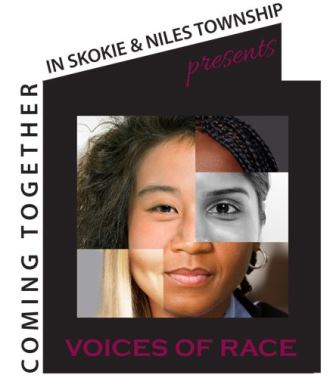 The community needed a way to integrate its 43% foreign-born population, which includes significant South Asian and Latino populations and an increasing African-American population. In 2014, Skokie Public Library responded to this community need of immigrant integration and appreciation of diverse cultures by establishing a series called Voices of Race – Coming Together, which expanded its reach beyond the community of Skokie to include all of the communities within Niles Township. Skokie Public Library collected outcomes from attendees of the series, gathering nearly 300 surveys from 70 programs. We learned that about 75% of participants felt more knowledgeable about the issues of race and racism in the community, agreed that their eyes were opened to an issue, idea or point of view that they hadn’t fully considered before, and felt the event inspired them to take action or make a change.

The successful outcomes collected in the Voices of Race – Coming Together series resulted in the continuation of racial programming and conversations. Through a grant awarded by the Skokie Community Fund and partnerships with the YWCA of Evanston and the Village of Skokie Human Services department, Skokie Public Library will continue providing monthly programs focused on race and diversity throughout 2016.

Project Outcome Testimonials
Many of the Project Outcome libraries have already used their results and the Project Outcome auto-generated reports to take action and advocate for their library. For instance, Maria Redburn, the Library Director of Bedford (TX) Public Library, started measuring outcomes as a new way to “get the story of [their] patrons.” The library aims to “turn questions from ‘Why are numbers going down?’ to ‘What are we accomplishing by being open?’ and ‘What is happening in the lives of our users?’”[i] By using the Project Outcome data in their Library Advisory Board reports, Bedford Public Library was able to “change the conversation” from numbers being down to what good the library is providing for its patrons. Bedford was also able to use the outcome data collected from the Summer Reading program for future planning. The data was shared with the local school district and used to create an action plan for next summer. A partnership is currently being developed with the Hurst-Euless-Bedford Independent School District and the three public libraries serving their students.

Other Project Outcome users have already reported the ability to make immediate changes based on patron feedback. Brent Bloechle, Library Manager within Plano (TX) Public Library System, reported using survey results to measure the same program across branches to learn why one branch program was more popular than another. Plano was also able to add programs based on their results – “Feedback gathered from adult programming told us we needed to add more high-level computer programs and we wouldn’t have had the information if we didn’t conduct the surveys. The survey feedback helped spark staff conversations where we asked ourselves, ‘Are we offering what we need to?’”[ii] The opportunity to spark internal conversations and shift the way libraries think about their programs and services is what outcome measurement is all about.

Looking Forward
An important aspect of measuring outcomes is sharing your experience with other libraries to create a field-wide shift toward outcome measurement. To help foster this sharing, Project Outcome conducts peer share opportunities for libraries to discuss their outcome measurement experience based on a common interest topic, such as library size, region and survey topic. Peer shares and user feedback provide learnings for both PLA and the Task Force so that Project Outcome continues to improve and grow.  In addition to more advanced outcome surveys that measure actual adoption, we have also learned that libraries, while unique in many ways, share common obstacles in implementing outcome measurement. Some common challenges libraries face include:

Project Outcome and the Task Force aim to help support users with these challenges throughout all stages of outcome measurement by connecting users with their peers and providing free online resources and monthly webinars that address such challenges. I am excited about the development of advanced outcome measures that will be launched in spring of 2016. As a member of the Task Force sub-group, I am part of the group in charge of developing and testing the next iteration of survey questions that will measure actual adoption – measuring whether patrons followed through with their intended outcomes. While attending the 2016 ALA Midwinter Meeting, the Task Force finalized the survey questions and how to support advanced users in the next phase of Project Outcome. The new measures will be announced at the 2016 PLA Conference in Denver and officially launched for library use at the 2016 ALA Annual Conference in Orlando.

Looking back on this year of introducing outcome measurement, I could not be happier with the feedback and excitement I hear throughout the field and the increasing numbers of actual adoption and results. If Project Outcome continues to build and gain momentum the way it has, I have no doubt that 2016 will bring even more libraries transitioning to outcome measurement with even more success stories, helping prove the impact of public libraries nationwide. To learn more about Project Outcome, visit www.projectoutcome.org or email info@projectoutcome.org.