Virtual Reality in the Library: Creating a New Experience 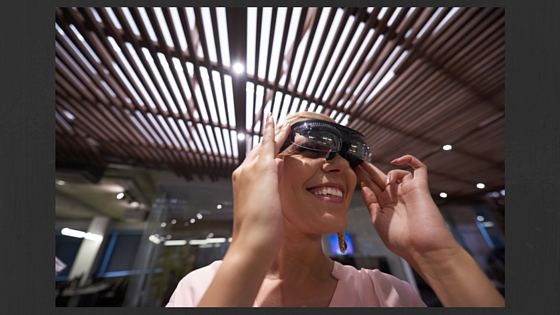 At Bibliotheque et Archives Nationales du Quebec, in Montreal, Canada, the Alberto Manguel/ Robert Lepage collaboration “La bibliotheque, la nuit,” a virtual reality exhibition of the interiors of libraries, is on display. “The experience felt so real it was disconcerting to look down and not see my own body in the virtual space,” says Jeff Peachey, a recent visitor, in his blog. “Overall, it was an oddly reflective and poetic.”

But what, if any, is the future of virtual reality (VR) in the library? What kind of role does this technology play? Libraries have become much more community centers centered around education and experience as much as they are books. Patrons visit for free Wi-Fi and computer access, 3D printing labs, and other programs not directly related to the hundreds of volumes housed in the stacks.

Many patrons already check out books virtually and don’t visit the actual physical library too often, if at all. Are virtual reality labs, tours, and workshops the next step for libraries? The answer is a solid maybe as the technology develops and makes its way out of gaming and movies and into education and everyday experiences.

Facebook’s $2 billion purchase of Oculus tells us two things: first, VR is going to be a thing. It is here to stay. Second, it tells us that the social media of the future will be more than just a web page: it will be a world of its own. Status updates, news stories—all will be experienced rather than just read. Beyond social media, there are many more practical uses of Virtual Reality.

Virtual Travel and Experience Teaching children and adults about other places becomes easier if they can experience them firsthand. Flying over New York City and having the ability to look around while in the air is something few people can do in reality, but virtual reality can make such experiences accessible to many. Visiting museums and national landmarks, once such material is available, becomes quite simple. And since visiting the worlds created by popular authors is not possible, the learner can explore a place outside of our reality.

Virtual Gaming and New Skills Gamification in the classroom, at work, and elsewhere is already catching on. Combining such efforts with virtual reality not only will engage learners of all ages but can also be used to teach them new skills in an authentic context. This tends to motivate the students to replicate what they have done virtually in “the real world.”

Virtual Reality Levels the Playing Field No longer are height, weight, gender, or race a factor in acceptance in the virtual reality world, whether in gaming or any other virtual experience. If even for a little while, the absence of stigmas and even disabilities from virtual worlds is an important factor in child development.

How might some library programs use virtual reality? There are several exciting possibilities:

Storytelling One of the prime objectives of libraries still is to share and tell stories. With apps like vrse, inspiring readers to explore stories is a whole new way is made easy.

NASA Education Want to inspire your visitors to learn more about space and space exploration? NASA brings apps to Oculus that let users experience what it’s like to ride in many of its spacecraft. Using the same technology and adding an Xbox One Kinect, users can control a robot arm using their bodies.

Driver Safety Programs Want to offer something unique in your community? Toyota has also released a virtual reality driving simulator to instruct teens about the dangers of distracted driving. The simulation allows users to have the feel of driving, and attempts to distract them with simulated text messages and virtual friends in the back seat.

Field Trips Recently, Google released a beta version of Google Exhibitions Pioneer Program, What has been up to now a limited program where schools signed up, and then waited for a visit from the Google team is now available on Android. There is a little waiting involved, but you can sign up to be a beta tester here, and the process is faster than it once was. 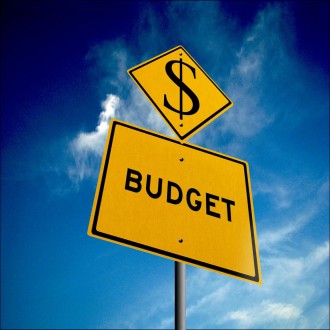 But what does this cost the average library? Well, there are a couple affordable options that won’t break the bank. While the Oculus Rift, which provides an intense VR experience, is out of the range of most organizations and requires a fairly powerful PC to run, there are simpler, consumer-oriented systems that cost much less.

Samsung Gear VR Samsung offers a relatively affordable virtual reality system powered by your phone. The advantage it has over many others is that it was developed with Oculus, and uses apps available exclusively to that operating system. The clear disadvantage is that it works only with certain Samsung phones, at least so far.

Another option, the Zeis VR One, has trays compatible with iPhone or Samsung Devices. It is likely that, similar to other devices, templates will be created for other devices that can be 3D printed by the consumer—another opportunity for libraries with this type of lab to get patrons through the door.

Google Cardboard By far the simplest and most varied of devices; there are several variations of Google Cardboard on the market, and several templates available online that can be 3D printed. Working with the Google platform has other advantages as well. The company is already working with educators and libraries with apps and games designed for specifically for education, with some specifically for library use not far behind.

There are also templates for making your own Google Cardboard from, well, cardboard. The instructions are relatively simple and make a great craft project. As more apps and games are developed, there will be more and more uses of VR in libraries, and affordable options to implement programs.

A note on Augmented reality: While virtual stacks and tours of libraries are cool, Augmented or Altered reality may have more impact on libraries than simple Virtual reality. Using a camera in conjunction with the software, reality as the user sees it is altered in some way, while they can still move around freely. A user could use a virtual card catalog or indexed search, and a colored line could lead them through the stacks to their selection.

Sound like science fiction? Well, it all does, to a certain extent. However, rapid advances are making what once seemed far-fetched a reality. Like many things, libraries will have to adapt again to a new digital format. What role virtual and augmented reality will play in the library, if any, is still uncertain.