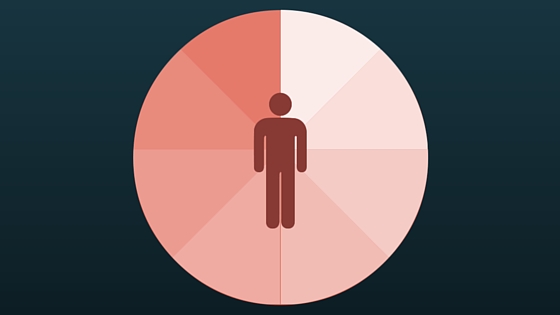 Infographics have infiltrated our lives in the last few years. They pop up anywhere—as politically themed graphics on social media, on organizational websites, in print brochures for charities, and, of course, in the library world. In an age of information overload, infographics attempt to make sense of all this information. (Side note: Here’s an infographic about information overload.)

This example tackles the challenge of distilling technical research findings into a concise message without undercutting the complexity of the research. This example below is from Johnson County Library who partnered with the University of Kansas Edwards Campus on a Return on Investment study.[1] The infographic below was used to communicate the findings of the survey in a meaningful way.

Next let’s look to an academic library system. Louisiana State University Libraries took a visual approach to their Impact Report: 2014-2015.[2] The report pairs concise descriptions of performance with clear infographics. Additionally, striking photographs from inside the library provide the backdrop for both the text and infographics. The university’s colors of purple and gold are incorporated throughout the document. The report is a lesson how to make annual reports engaging and relevant. Below is an example from the Impact Report: 2014-2015 that lends itself to print, web, and social media formats.

Greene County Public Library created an infographic about their successful 2014 Summer Reading program.[3] This is an especially inspiring example because communicating summer reading program results is a challenge many libraries face annually. An element of fun or whimsy is added with the trophy cup being used to signify a record number of enrolled participants.

London Public Library, located in southern Canada, takes a fresh approach to a library factsheet.[4] Below is their factsheet that both shared key performance metrics and demonstrates trends in use. Most notably, what could have been a black and white page with many long numbers is instead an engaging and intriguing graphic that invites the users to explore.

In this post, I aim to intrigue and inspire you to think about how you can make your presentations and reports more engaging. It can be difficult to sift through all the findings and distill a message to its core elements. This is a real challenge. However, think of it like this: realistically any audience— this definitely includes me— will likely remember only a fraction of all the information you present. By extracting the key takeaways, you are creating a more cohesive message and ensuring the audience walks away with the message you intended.

[1] “KU Edwards Partners with Johnson County Library to Evaluate Library’s ROI.” The University of Kansas Edwards campus, 2015. (The full results and methodology of this study will be published in the future.)