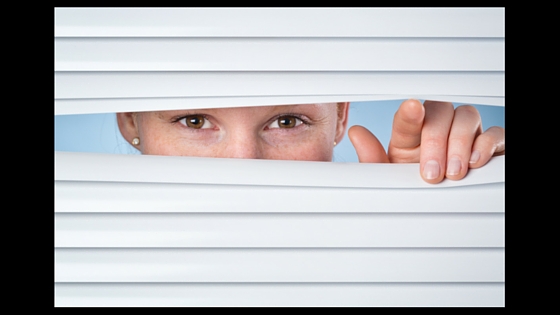 Is this possible through some kind of sophisticated body scan, or something that detects and reads the library card in his pocket? No. A simple computer program simply scans the faces of everyone who comes through the door and matches them with the library’s own database. How far away is this future? Really, it’s right around the corner.

Big data, or the huge piles of information much too vast for standard computers to catalog and analyze, is becoming more and more vital to nearly every industry. Most of this data is created by users of social media, the Internet, smartphones, and almost any app that is location enabled.  The White House has even become involved, with the creation of the Office of Data Science, and appointing the first chief data scientist in US history.[1]

Our faces are a part of big data. According to an article in The Atlantic titled “Who Owns Your Face?” the FBI has a facial recognition database with 52 million faces and up to one-third of Americans.[2] It’s easy to imagine facial recognition technology used against high-profile criminals: spies, fugitives, assassins. But we’re not legally far off from using facial recognition to catch people breaking ordinances and committing misdemeanors. Many  states, in fact, have already embraced this kind of enforcement.

With some libraries reporting patrons to the police who owe library fines, the above scenario could be closer than we think. And there are other possible benefits, too. What if facial recognition software let library staff know if a dangerous individual, such as a pedophile, has entered the building? This technology could make us more secure no matter where we were. But there are immediate legal and ethical concerns.

Legal consent: To run facial recognition on an individual, do you need their permission? According to most, security and law enforcement uses would be exempt from the consent issue. But where is the line drawn? What about non-law enforcement applications and consumers? Where would libraries fall? Many say a transparency clause such as a sign letting patrons know facial recognition is being used would be enough. But would it really?

Ethical conduct: Facial recognition is a part of the larger debate about the ethics of big data in general.[3] The simplified guidelines state:

The problems with facial recognition as big data?

Sure, people can opt out, in a sense. However, in a public institution where facial recognition is being used, such as a library, the only way to opt out is to not visit that place at all.

Accuracy: How accurate is the software anyway? Alarmingly and amazingly so. In a project entitled “Your face is big data,” Rodchenko Art School student Egor Tsvetkov began photographing about a hundred people who happened to sit across from him on the subway at some point.[4]

Using a simple facial recognition program called FindFace and the Russian social network VK, he found 60 to 70 percent of those aged 18–35. For older people, the experiment was a little less efficient, possibly due to lack of social media presence.

The Atlantic points to a study by Carnegie Mellon’s Professor Alessandro Acquisti that found about one-third of people walking around a college campus could be identified simply by using Facebook profile pictures as the data source. “In other words, 33 percent of people on any given street can be recognized by jury rigging a webcam, Facebook, and using Google’s reverse image search.”[5]

“From a technological perspective, the ability to successfully conduct mass-scale facial recognition in the wild seems inevitable,” Acquisti said. “Whether as a society we will accept that technology, however, is another story.”[6]

As big data gets larger, as facial recognition databases get more complete, and as the searching and analysis of them gets better, the uses of this technology will get broader, and libraries will be faced with choices about how and where to use it.

Your patrons’ faces belong to them. But they are not the only ones who consider and track those unique features that make them look like themselves. It is our responsibility not only to use this technology wisely and protect ourselves but also to protect the privacy of those who use our services. It’s a challenge we will face sooner rather than later.