Remember When This Was Full-Time? Your Newest Coworkers Don’t. 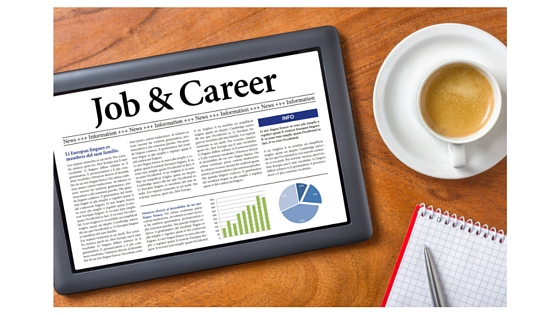 If you’ve recently graduated from an MLIS program, what I’m about to say isn’t a shock: You are not full-time. If you are an established full-time librarian, you’ve probably noticed that more of your coworkers are part-time than in the past. These new librarians have their own class of titles that imply part-time. Instead of librarian I, they’re librarian on call, per diem, or the euphemistic library specialist.

Yes, these titles have always been in play, but what they signify has changed. The above library specialist, for example, once implied doing specialized work but now typically signifies a librarian I position made “special” because it doesn’t confer hours, benefits, or job security. A quick look through the LinkedIn pages of your part-time coworkers will make the context for all this clear and tell you the truth of their lives: They have these titles at more than one location or work for more than one branch, and they aren’t part-time because they want to be.

Libraries as an Industry

Full-Time Jobs Have Been Outsourced to Part-Time Employees

Sagen connects the employment problem in libraries to its corollary in the private sector, and she’s right to, since both issues boil down to the sobering fact that it’s cheaper to periodically hire and replace a phalanx of part-time employees than to hire one or two full-time ones. Dan Lyons discusses this same issue in his New York Times article, “Congratulations! You’ve been fired.” He describes how his fellow employees in the tech company HubSpot were called “rock stars” and told they “were changing the world” but were disposable. Their firings were called “graduations.” Lyons talks about how cruel it is to fire people with no warning and little explanation, all the while talking about how great they are. He also talks about how normal it started to seem to employees.[2]

Lyons goes on to describe how, fun language and false compliments aside, this “‘new’ way of working was actually the oldest game in the world: the exploitation of labor by capital.”*[3] Dharmesh Shah, founder and CTO at HubSpot, has responded to the book with his own article.[4]

My library, although next door to several tech companies, is worlds apart in terms of culture and environment, but Lyons’s words struck a chord. They matched the theme in Sagen’s article, and a theme running through the lives of many of my contemporaries. Supervisors will increase the responsibility of qualified part-time librarians, talk about the amazing jobs they’re doing, and tell them how great it is to have them around, but hiring them full-time won’t be an option. Like Lyons’s tech contemporaries, library staff and culture are becoming so inured to this that it seems normal.

Sagen and Lyons’s articles present a story close to my own heart—and, to be honest, close to my own bank account. When I graduated with my MLIS, I had a teaching credential, experience teaching both ESL and Special Education, and I had finished two really good library internships. It never occurred to me that the best job I’d get would be working as an aide, shelving and running paging lists for barely above minimum wage. Kids in high school worked in this position alongside people who’d had the MLIS degree for years. The supervisors at the top of the food chain were thrilled to have librarians doing their shelving because, why wouldn’t they be? Those books were never shelved so well. Even better, we were hungry to go above and beyond our job description—to do librarian level work for library aide wages.

It took six months to get a librarian position in a city over (as a library specialist, which was technically a librarian I position but paid less and had no benefits). I was hired to work on-call but immediately asked to work a regular position every other Saturday. As I got to know my coworkers, I learned that this was a thing our library system did, and that my Saturday position was something of a revolving door. No one wants to work one day every two weeks with no chance of moving up or getting more hours.

It took another eight months to get a librarian I per diem position (this one genuinely is on-call) steady enough that I could give up the “aide” title from the first county. My replacement was, of course, a recently graduated MLIS student. When I landed a job as an adjunct faculty librarian at a local college I was able to give up the specialist job. Still, I was (and am) working an average of two jobs at a time at three locations, and I’m still not getting forty hours a week.

The bigger problem is that part-time jobs, even jobs at libraries with good reputations and traditionally strong unions, don’t accrue much in the way of retirement or sick leave. They often don’t have other benefits, like vacation days or healthcare, at all. Library unions, it seems, only really benefit full-time staff.

In library school, I was really excited go to ALA conventions. Public libraries, I quickly learned, don’t pay for part-timers to go to those. To be fair, they have offered to pay for my registration; however, with limited hours and paying for my own medical benefits, I can’t afford lodging, food, and transportation, and I certainly can’t afford to take the day off work. Besides, my library will generally expect me to fill in for full-time staff who are attending. This is only one example of my catch-22: because I’m not a full-time employee, I don’t have access to things that would make me a stronger candidate in order to become a full-time employee.

Things Are Rough All Over, but It Doesn’t Have to be This Way

Originally, I thought this was a San Francisco Bay Area problem. With the library and information program at SJSU producing two to three hundred graduates a semester (though not all living in the area), I assumed there were just too many of us vying for a finite number of jobs in this region. But I’ve learned that it’s like this all over. New York City has the same story, as does Colorado, and, according to Sagen, so does Toronto.[5]

The pattern new librarians face has become both obvious and significant, and while a lucky few have landed full-time positions, many more have become disheartened with the industry and quit. Meanwhile, part-time librarians, whatever their title, bounce between branches and systems hoping to one day become full-time. As Sagen points out, that can take “many, many, many, many, many years.”

Like Lyon’s HubSpot friends, these newer librarians are told they’re doing great and that they’re assets. As much as that’s probably true, it’s also true that they’re disposable assets, and that libraries—like Walmart, McDonald’s, or any other business—have learned that it’s cheaper to hire ten desperate part-time employees than two full-time ones who would cover the same hours. One simple solution to all this is to drastically shrink library program admittance. Another is to present MLIS programs more as “information science” programs, which is a growing, if controversial, trend.

If libraries don’t want to be viewed as big businesses by their librarians, they need to treat them like valued staff instead of part-time wage earners. That means hiring more full-time positions instead of lots of part-time ones and insuring that staff have enough benefits to make them want to stay put. It also means paying to send part-time employees to conferences (it should be easy with their flexible schedules!) and allowing them access to the same training as other staff so they can stay on the cutting edge of technology and keep up with new materials. These opportunities are all impossible for someone who’s juggling two or three jobs. True, none of this will do a thing for many of the newest library school graduates, but in the long term, neither does yoking them to inconsistent and unstable work forever.