Read the World! The Global Literature in Libraries Initiative 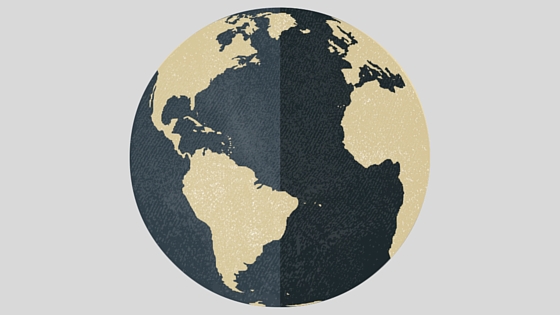 Global Literature in Libraries (GLLI), a new initiative spearheaded by translators and advocates for translation, has been established with the goal of increasing awareness of international literature within the library community, with a special emphasis on contemporary fiction. GLLI members include translators and publishers who are working with public, school, and academic librarians to increase the visibility of translated literature. Increasing the visibility of books published across borders is one of GLLI’s primary focal points. Members will be organizing programs at conferences and meeting with library directors to explore ways of growing the number of translated books in their collections.

GLLI seeks to build new pathways to access world literature. Many small independent publishers that promote works in translation do not had ongoing contact with Booklist and other review platforms and blogs commonly used by the library community. For the benefit of librarians who are developing translated literature collections, GLLI has compiled a list of publishers that are actively promoting and publishing interesting, diverse global works:

Archipelago Books
“A not-for-profit press devoted to publishing excellent translations of classic and contemporary world literature. In our first decade, we have brought out over ninety books from more than twenty-five languages.”
Quick Pick: A Useless Man: Selected Stories by Sait Faik Abasiyanik, translated from the Turkish by Alexander Dawe and Maureen Freely

Dalkey Archive
Publishers of fiction, poetry and literary criticism, with offices in the US, England and Ireland. Founded in 1984 as an adjunct press to the literary magazine Review of Contemporary Fiction, Dalkey sponsors an array of readings (fiction, poetry, and literary criticism) and literary translation programs, with offices in the United States, United Kingdom, and Ireland.
Quick Pick: Me Against the World by Kazufumi Shiraishi, translated from the Japanese by Raj Mahtani

Restless Books
This independent publisher is “committed to bringing out the best of international literature—fiction, journalism, memoirs, travel writing, illustrated books, and more—that reflects the restlessness of our multiform lives.”
Quick Pick: Between Life and Death by Yoram Kaniuk, translated from the Hebrew by Barbara Harshav.

Open Letter Books
The team at Open Letter, a nonprofit publisher affiliated with the University of Rochester, is dedicated to increasing access to world literature for English readers. They seek out exciting, unusual works that will, hopefully, become classics.
Quick Pick: One of Us Is Sleeping by Josefine Klougart, translated from Danish by Martin Aitken

Deep Vellum
This nonprofit literary arts organization seeks to enhance the open exchange of ideas among cultures, and publishes “international literature in translation, while fostering the art and craft of translation, and promoting a more vibrant literary community in the Dallas community and beyond.”
Quick Pick: Texas: The Great Theft by Carmen Boullosa, translated from the Spanish by Samantha Schnee

New Vessel Press
An independent publishing house, New Vessel specializes in presenting international works of fiction and nonfiction that have been translated into English.
Quick Pick: Adua by Igiaba Scego, translated from the Italian by Jamie Richards

Phoneme Media
A nonprofit publishing and film production house, Phoneme is sponsored by PEN Center USA and is committed to discovering international writers, translators, and artists.
Quick Pick: Baho! by Roland Rugero, translated from the French by Christopher Schaefer—this is the first Burundian novel to be translated into English.

Europa Editions
With offices in the United States and Europe, the publisher seeks “to bring fresh international voices to the American and British markets.” The Europa catalog is eclectic, and its literature is “chosen not only for its ability to entertain and fascinate but also to inform and enlighten.”
Quick Pick: Baba Dunja’s Last Love by Alina Bronsky, translated from the German by Tim Mohr.

Judith Sage, a retired librarian from San Diego, worked for many years in the Boston area as a branch manager in underserved communities. A graduate of Boston University and Pratt Institute, her interests included outreach and the development of diverse collections. Chrissy Bellizzi has experience in school, foreign language, and special collections library settings. She currently works in a public library system near Philadelphia.