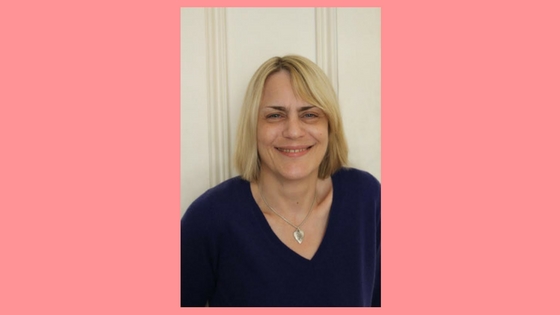 Kate Saunders’ The Secrets of Wishtide introduces readers to Laetitia Rodd, a private detective in 1850s England. Droll and pragmatic, Rodd works undercover for her barrister brother to investigate cases for his clients. When a wealthy lord questions the  identity of his son’s recent paramour, Rodd goes undercover as a governess on his estate to uncover the truth. Yet Rodd quickly learns that each family member has something to hide when a murder takes place on the estate. Equal parts cunning mystery and dissection of Victorian society, The Secrets of Wishtide marks the debut of an intriguing new series. Brendan Dowling spoke to Kate Saunders via e-mail on July 11th.

Public Libraries Online: You’ve discussed in past interviews that you’re a huge fan of 19th century literature. Can you tell us how this novel was inspired by David Copperfield?

Kate Saunders: I am a lifelong Dickens-nerd, and David Copperfield is probably my favourite novel in the world. Without giving too much away, the goings-on at Wishtide were inspired by certain characters in that masterpiece—and certain arguments I had with the author. I wanted to climb right inside the novel and mess about with the controls.

PLO: The book takes place in 1850. Did you discover any constraints in creating a mystery in a historical time setting?

KS: In 1850, all sorts of new-fangled things were about to happen (telegrams), but hadn’t yet got off the ground—England still had one foot firmly planted in the past.

PLO: Laetitia Rodd is such a fascinating and endearing detective. When we meet her, she’s living in “reduced circumstances” as the result of her husband’s death, and she’s still grieving his loss. At the same time, her dry sense of humor informs her outlook and prevents her from any kind of self-pity. How did you land on her as the protagonist of your series?

KS: Laetitia Rodd’s fictional voice was inspired by the great female diarists and letter-writers of the 19th century—Jane Carlyle, Elizabeth Gaskell, Louisa Alcott—but it also sounds very much like my mother, Betty Saunders. Her mild manner covered a mind like a steel trap.

PLO: One thing that sets this book apart from other books that introduce a series is that it’s not an origin story—Laetitia is introduced as an established detective who has already worked several cases. What was behind your choice to show Laetitia already up and running as a detective?

KS: I wanted to jump straight into the story, and that’s why we meet Mrs. Rodd when her career is already well established.

PLO: As a reader, it’s so much fun seeing how Laetitia works within and around the very strict gender roles of her society. What kind of research did you do to understand how an archdeacon’s widow would go about her daily life during that time?

KS: I’ve been obsessed with 19th century fiction for the best part of forty years, and found that I remembered all kinds of wonderful details about daily life.

PLO: The book moves along so swiftly. A whole novel’s worth of plot is contained in the first hundred pages and Laetitia’s case takes several unexpected turns. Did you outline this novel or were there discoveries you made along the way?

KS: The basic shape of my plot was there from the start, but I had to find a lot of it as I went along. You have to be open to future developments.

PLO: What are some of your favorite mysteries?

KS: Margery Allingham’s Tiger in the Smoke is one of my all-time favourites—the ghostly atmosphere  of postwar London is unforgettable.

PLO: Can you tell us what’s next for Laetitia Rodd?

KS: Mrs. Rodd’s next case, The Wandering Scholar takes her to the beautiful countryside around Oxford.