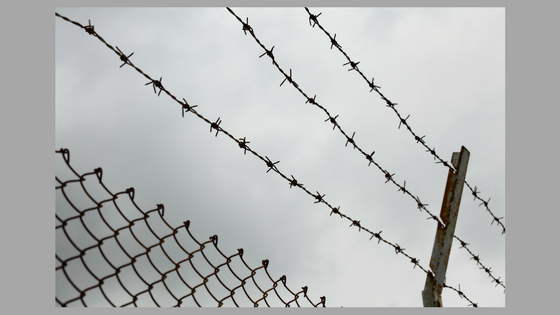 One of the many things we can learn from the widely popular Netflix series Orange is the New Black is how important books can be to the inmates. The show is based on the memoir of Piper Kerman, a former inmate at a Connecticut federal prison. She told the L.A. Times just how important books were to her and other inmates: “They were complete lifelines. They were the only legitimate forms of escape. I actually avoided the TV rooms because they’ll suck you into some weird places. There was no prison library in Danbury. We just had informal book shelves, but it’s very interesting what books are popular.”[2]

On the show, one of the sought-after job assignments is working in the prison library. Perhaps the best display of how important the books are to the inmates appears in the Season 3 episode “Ultimate Book Return.” Due to a massive bedbug infestation in the prison, all the books are burned. Begrudgingly, the most passionate readers gather up the books’ ashes and perform a eulogy for the books they lost.[3] Among the authors/titles mentioned with reverence are Great Expectations, the dictionary, The Tale of Squirrel Nutkin, Jonathan Swift, Sister Souljah, and David Sedaris. Others mentioned throughout the series include Moby Dick, The Glass Castle, and Ulysses.

Tony Marx, NYPL president, is hopeful the library will be inclusive and helpful to all the inmates:“‘Everyone is always welcomed at the library. Free books, free use of computers, educational programs,’ he said, speaking directly to several of the inmates gathered for the library’s opening Tuesday. ‘We do not want people locked up. We want everyone — everyone — to have the opportunity to read, to learn, to create, to gain skills and to contribute.’”[4]Last year, Rikers circulated over 22,000 books, and Marx is hopeful that number will increase with this permanent collection.

Check your library for opportunities to donate books to your local correctional facility.