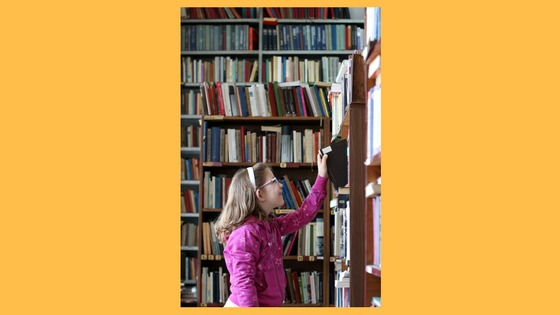 This past September, the Cuyahoga County (Ohio) Public Library (CCPL) teamed up with eight other library systems to promote the “A Card for Every Kid” initiative, which aimed to raise awareness of the importance of library card ownership for children and teens. During September, every library in the county actively encouraged children and teens to sign up for a free library card, and offered one-time fine forgiveness to children and teens who had been blocked or barred from using their library cards because they owed fines.

Last year, Cuyahoga County Public Library took the ConnectED Library Challenge and partnered with the local Parma City School District, the district in which CCPL’s headquarters library is located, to go out to schools and sign kids up for cards via the traditional application with parent signature. This year, the libraries invited the students to come into their local library to sign up for, or reinstate, a card and get their fines waived. The program was promoted through print media and radio spots as well as flyers, posters, and bookmarks sent to the schools.

Several of the library systems offered students a limited library card (does not require a parent or guardian’s signature). The Heights Library’s “Three for Me” card allows kids under 18 to check out three books, and with the CCPL’s Opportunity Card students can check out up to three items at a time, access library computers, and have unlimited access to the digital collection and databases. “It’s a way for us to expand students’ access to our resources and at the same time get library cards into the hands of students more easily,” said Robert Rua, assistant marketing and communications director at CCPL.[1]  Students who get a limited card can later have their parents or guardians fill out a regular application to get full access to each library’s resources.

Full statistics are not yet available however the effort has shown some successes. During the promotion, the  CCPL issued 1,426 new cards and waived fines on 3,337 existing cards and in Euclid, the library forgave $20,000 in fines on 507 cards, about one-fifth of the approximately $100,000 in fines and fees owed on juvenile cards.

“Our true hope is that kids are using the cards and checking out books and movies and music and that the library is in no way the entity that is putting up the barriers,” Euclid Public Library Director Kacie Armstrong said.[2]

[1] Robert Rua, Assistant Marketing and Communications Director for Cuyahoga County Public Library, in a phone interview with the author, September 12, 2016

[2] Kacie Armstrong, Director of the Euclid Public Library, in a phone interview with the author, October 27, 2016