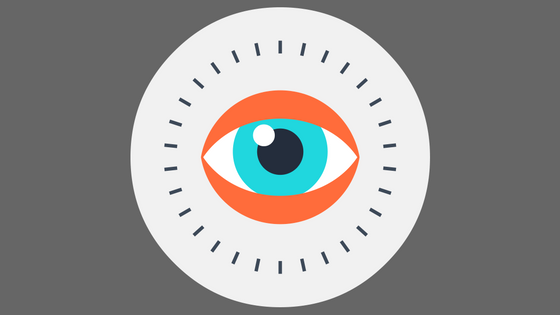 Barbara Laws, a first grade teacher in Grandblanc, Michigan, was experimenting with colors. Some of her most disruptive students (who had difficulty reading) found using color overlays improved their attention and reading. Laws had discovered the idea in the book Reading by the Colors, by Helen Irlen, published by the Irlen Institute in California. Irlen’s research revealed that 40 percent of students with reading problems actually had visual problems, many of which could be overcome through visual correction.

Irlen describes these visual problems as Scotopic Sensitivity Syndrome (SSS) and includes such problems as dyslexia. From my reading of Superlearning (1979) and Superlearning 2000 (1995) by Sheila Ostrander and others, I had become aware of many techniques to learning as well as those learned in education courses for teachers but using colors for reading was new to me.

The correctional library programs, for which I was director, had developed a reading lab which houses special reading materials and uses peer tutors to help inmates and school students with their reading difficulties. I spoke with Laws, who was also a Certified Special Education Teacher and we began to discuss what we might do at the state prison. She was hired as a consultant through a Department of Education grant for “Innovative uses of Technology in Education.” This program would allow us to develop a program based on the use of visual testing and use of colors in reading training. An acquired color machine allowed printed text and graphics to be focused onto a TV monitor with selected colored backgrounds or letters. These would be switched until an optimum combination was found for each student. With the machine we could also alter the size of the letters. By coordinating information from school TABE tests, our library brought together twenty-eight men who volunteered to be part of this program and Laws began meeting one-on-one with the inmates.

She would test the men for their current reading ability and their ability to see through various color overlays or color backgrounds with enlarged type on the color machine. Laws would also test for right and left brain coordination. After doing this for each inmate, she would write a “prescriptive” program for each. Exercises, including eye, breathing and relaxing, reading lists, color overlays, and sometime relaxing music, were all part of the prescription. Twenty-six of the twenty-eight students, we found, could read or see words better with the color overlay, one or two with larger print. Gary, (pseudonym ) on the other hand was found to have no sense of “visualization.” He couldn’t remember what he learned from one day to the next. He hardly could talk, as words did not come to him because of brain damage.

Laws started helping Gary by asking what he was interested in – Cars. He had been a mechanic and knew a great deal about cars. Laws drew a picture of a car and had Gary tell her what the parts of the car were – the hood, the trunk, the bumper, wheels. After about eight items, she wrote the names of the parts with arrows to the drawing of the car. Then she had him make up a large drawing for a book. Each time he and the tutors met, he would learn more words that went with the parts of the car he knew. About two months after this all started, I was present when Gary was able to put together about ten words into a sentence. Not only could he retain the words, but he was beginning to relearn how visualization could help him learn. It was the beginning of retraining the wounded brain. By the time the program ended, Gary had a vocabulary of about 30-50 words.

Many of the other students made remarkable progress as well. At the start of the program, one other inmate was adamant, no one could help him to read. He not only became a model student (less disruptive) at the prison school, but became an advocate of the lab and started helping other students increase their reading ability. Within two months, twenty-six men were reading at least 2-3 grades, if not more, above the ABE tested level when they started working with Laws.

There has been much research on visual and brain cognition, and software from many agencies has helped. Not all the software out there allows for color background or varying text color. Many computer programs in the assistive technology arena are for reading comprehension, not for help with vision. One program which includes adaptive facility for vision and colors, Easy Reader, is now available via Dolphin.

Libraries that aren’t yet involved need to get on board with assistive software for reading. With the visual and brain training techniques we now know of, I believe crime and disruptive behavior in schools and cities could decrease. Having worked ten years with inmates, I believe the frustrations, lack of achievement and concurrent disruptive or unacceptable behavior in adults are more likely to be directly related to the lack of reading ability than any other outside event or condition.1 Even though reading may not solve all behavioral problems, we can strengthen the whole country through a focus on correcting reading problems through the newest technologies and machinery we already have available.

1. Are Reading and Behavior Problems Risk Factors for Each Other? Paul L. Morgan, George Farkas, Paula A. Tufis, and Rayne A. Sperling.