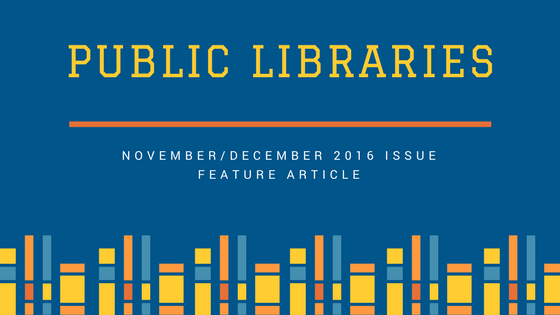 Working for an inner-city library, I am very conscious about choosing books that reflect what my storytime children look like and the culture to which they can relate. When searching for non-white main characters in picture books, I find it is much more dif­ficult than it ought to be. I end up using more animal character– based stories, which do not present one race over others. How­ever, even this can have a negative effect, according to Bena Hefflin and Mary Barksdale-Ladd, researchers on the topic of African American picture books:

[T]o read for years and not encounter stories that closely connect with one’s own cultural understandings and life experiences is problematic … If teachers continually present African American children with texts in which the main characters are predominantly animals and white people, it stands to reason that these children may begin to wonder whether they, their families, and their communities fit into the world of reading.[3]

Having children only see one type of race shown in picture books can affect them deeply. That is why I believe books should be used as “mirrors and windows”—reflecting who kids are, but also showing them someone who is different to expand their views. However, when more than 90 percent of all pictures show a white character, this does not give us many opportunities to use books as mirrors.[4] Illustrations in books are sometimes more powerful than the sentences, especially to children who are just beginning to develop their worldviews and cannot read yet. “Whether we are conscious of it or not, illustrations always convey information, not just about what things look like, but how we should understand and what we should feel about the things depicted,” notes Perry Nodelman, professor of English from the University of Winnipeg, Canada.[5] Diverse characters allow chil­dren to mirror themselves and have windows to others. This issue extends beyond the limits of race, and spills over into gender, sexual orientation, and abilities.

Historically, Chinese and Spanish characters were more readily accepted in picture book publishing, including The Story about Ping (1933) by Marjorie Flack, The Story of Ferdinand (1936) by Munro Leaf, The Five Chinese Brothers (1938) by Claire Huchet Bishop, and Song of the Swallows (1948) by Leo Politi.[6] In the 1950s, Native American characters started to appear in picture books, including Little Leo (1951) by Leo Politi, Little Chief (1961) by Toni Danette, and Red Fox and His Canoe (1964) by Nathaniel Benchley.[7] After exploring various races of main characters, I de­cided to look at different abilities. These types of characters did not show up until around the 1970s: Howie Helps Himself (1974) by Joe Lasker, about a boy who needs a wheelchair, and I Have a Sister (1977) by Jeanne Peterson, about a girl with a deaf sister.[8]

The Secret River, penned by Marjorie Kin­nan Rawlings in 1947, is a picture book that has an African American girl as the main character. However, when the book was published in 1955 after Rawlings’ death, the illustrator used ambiguous colors, as not to show the main charac­ter’s race. There were almost no African Americans represented in children’s picture book literature in the 1950s.[9] Therefore, the publishers would have rejected Rawlings’ book if the illustrator correctly portrayed the main character’s race. It wasn’t until 1962, with Snow Day by Ezra Jack Keats, that a picture book with an African American main character was published.[10] The Secret River was republished in 2009 with new illustrations featuring the original African American main character, as Rawlings intended.[11] The Council on Interracial Books for Children (CIBC), founded in 1966, exposed racial stereotypes by printing articles and helping to promote minority authors and illustrators to publishers. The CCBC has collected data for the last thirty years on diversity in picture books. The CCBC’s methods of collecting data has changed throughout the years, becoming more accurate, relying less on estimation. From the mid-1980s through the mid-1990s, African American book characters were on the slow rise, ranging from 0.7 percent in 1985 to 4.8 percent in 1997.[12] However, in the late ’90s and early 2000s, there was a dramatic drop, down to 3.7 percent in 1998 and lower still to 2.9 percent in 2000. Again, the numbers are estimates, but do illustrate how ignored African American characters have been in picture books. From 2001 to 2015, percentages range from the lowest (2.9 percent) in 2013 to the highest (7.7 percent) in 2015.[13] This data is extremely important because it demonstrates how published books do not reflect the diversity of American children. The U.S. Census Bureau has reported that minority populations are growing, with estimates finding “nation­ally, the most populous minority group remains Hispanics, who numbered 52 million in 2011; they also were the fastest growing, with their population increasing by 3.1 percent since 2010. This boosted the Hispanic share of the nation’s total population to 16.7 percent in 2011, up from 16.3 percent in 2010.”[14] Even though the Hispanic population segment is very significant, that population group’s pic­ture book representation in 2015 was still only around 2 percent.

A 2015 National Public Radio (NPR) article speculated that diversity in children’s books is a big issue because of publish­ers: “I think there is a lot of concern and fear that multicultural literature is not go­ing to sell enough to sustain a company,” said Megan Schliesman, a librarian with the Cooperative Children’s Book Center (CCBC).[15] Vaunda Micheaux Nelson, an author known for her African American books for children, also commented in the same NPR article that the lack of multicultural literature available from publishers is affecting children’s interest in reading. “If they don’t see that then perhaps they lose interest,” Nelson said. “They don’t think there’s anything in books about them or for them.” However, Nelson ultimately preaches the “mirrors and windows” idea. “Not only do they learn to appreciate the differences,” she explained, “but I think they learn to see the sameness, and so those other cultures are less seen as ‘others.’”[16] Fifty years before that NPR article, a 1965 Saturday Journal article addressed the impact that a lack of diversity in picture books can have on the kids who read them. The article began with this powerful question from a five-year-old African American speaking about picture books: “Why are they always white chil­dren?”[17] The article continued to expound on the detriment this causes to a child’s psyche. “Nonwhite children are learning to read and to understand the American way of life in books which either omit them entirely or scarcely mention them. There is no need to elaborate upon the damage—much of it irreparable—to the Negro child’s personality.”[18] Not only is the personality devastated, but so is the spirit for reading, as Hefflin and Barks­dale-Ladd stated, “when readers do not encounter characters who are like them, reading is likely to be frustrating rather than pleasurable. For children, repeated frustration is not likely to lead to personal affirmations and the development of a love of reading.”[19]

A Picture Says a Thousand Words

Andrea McKenzie, a literature professor at York University in Toronto, summarizes why pictures are so impactful: “Illustra­tions are not merely adjuncts to the text, but can, as well known illustrations of children’s text demonstrate, influence the development of attitudes and values: text and illustrations dynamically interact, each shaping future narratives, both in pictures and in word.”[20] Messages such as cultural values, beliefs, and traditions are realized from illustrations, which can influence young children. According to Sharon Davis, picture books engage “children to identify with someone like themselves and validating their sense of belonging and their experiences.”[21] She went on to mention that “Books also serve as a window to the world, exposing children to cultural groups different from their own, helping them connect with and understand others.”

Books are windows, but also mirrors. We often can relate to most any story in some way, however, if we cannot connect to the illustrations that do not mirror us, we will become apathetic to stories.

[21] Sharon Davis, “The History of Diversity in Picture Books.”