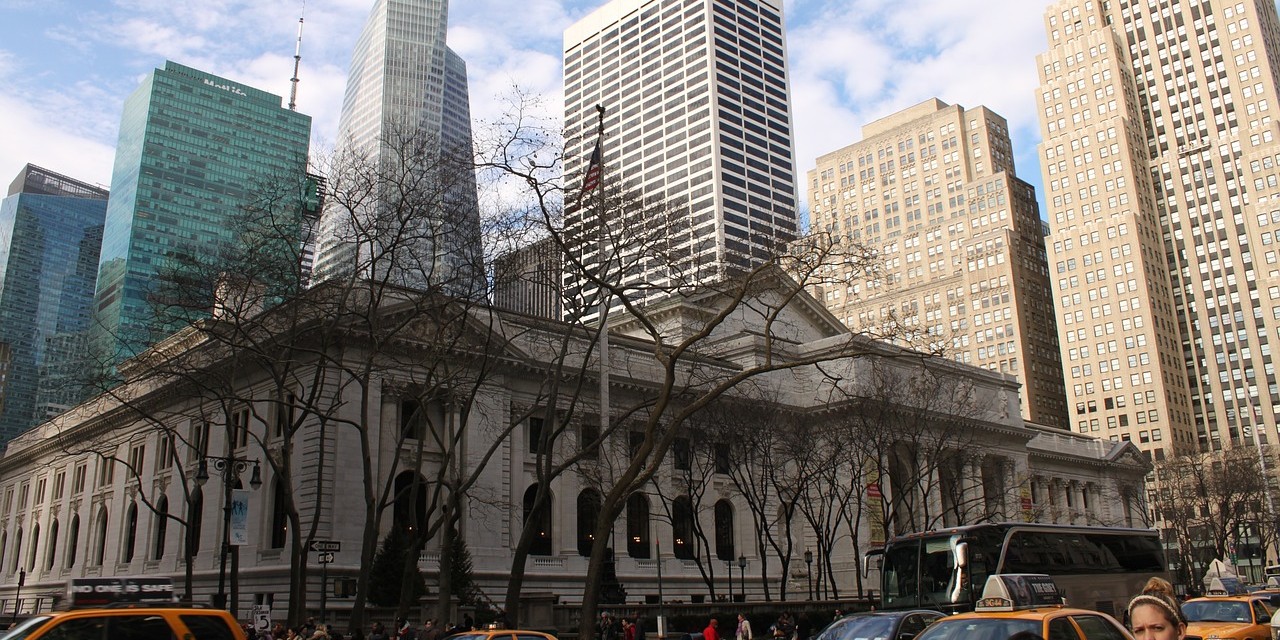 Library officials created an innovative approach for storing material below the Stephen A. Schwarzman Building on Fifth Avenue at 42nd Street with an emphasis on maintaining the greatest possible space. Dewey order was scrapped in favor of storing books by size, a system that will increase the repository’s capacity by 40 percent.

Books are organized into nine size categories, and staff members use book-sizing templates to determine where they will reside. To ensure the books can be located, a barcode on each item includes both basic bibliographic information (title, author, topic, summary, call numbers), as well as location information (room, aisle, shelf, tray) accessible only to library staff members.

A repository of this magnitude requires a high-tech, efficient retrieval system. Pick lists are sent every five minutes to an office in the Milstein Stacks. Staff members pull and place the requested material in one of the electric railroad’s twenty-four red cars that then make the five-minute trip to the circulation desks on the first and third floors of the main building. This new $2.6 million train system is nearly twice as fast as the previous chain-and-belt series of conveyors and is less prone to breaking down, and the cars can each carry up to thirty pounds.

The two subterranean floors that run westward below Bryant Park were originally excavated in the 1980s, but only the upper level opened in 1991. The lower level remained unfinished until this new renovation. The stacks are climate-controlled and are kept at 65 degrees with 40 percent humidity.

In the midst of major renovations to the flagship branch of New York Public Library, the roughly 2.5 million research materials were originally sent to the library’s storage facility in New Jersey. After critics lamented the lag time in receiving materials from miles away, it was decided to renovate the space with an $8 million donation from longtime library benefactors Abby and Howard Milstein so that the bulk of the research material would remain easily accessible.

Although roughly one million books remain in the New Jersey storage facility, librarians carefully selected which books to bring back (with an emphasis on those published in the last 100 years) and estimate the 1.5 million on-site materials will fulfill 90 percent of research requests. With capacity for more than four million items, underground space is also being kept free for the addition of the hundred thousand volumes acquired by New York Public Library each year.