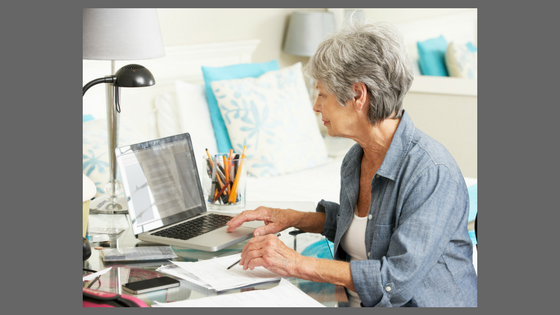 Recently I came upon an article about Portland’s longest serving librarian, Carol Rogers.  She began her career in the Portland, Oregon library system in 1966, and has no plans to retire soon. Over the decades, Rogers has seen basically every modern advancement in library sciences. [i] As I was born in 1966 and recently celebrated my 50th birthday, Rogers’s work milestone really struck a chord.

Reading an article about a staff member who had more than fifty years in on the job in the same library system intrigued me enough to put out a query on our state listserv as to whether or not there were any staff in our state that held a similar record. The response was surprising. Not only were there several staff members, there were also board members who had served on the same library board for more than fifty years. There were even responses of staff and board members who were in the same system, or on the same board, for over sixty years. The unique perspective held by a staff member or trustee who has seen fifty or sixty years of change in a system is almost impossible to fathom.

These career library workers are part of a small but growing segment of Americans who remain in the workforce into their 70s, 80s, and 90s. Although the average retirement age for Americans is 63, the portion of people 75 and older in the workforce has more than doubled since 1985 — from 3.6 percent to 8 percent, according to Bureau of Labor Statistics data analyzed by the Integrated Public Use Microdata Series (IPUMS) at the University of Minnesota. For those working full-time, the increase has been even more dramatic: From just over 1 percent in 1993 to nearly 4 percent last year. A major reason is 75 no longer represents the very extreme end of life it once did, as life expectancy in the United States has steadily risen over the past century.[ii]

Ruth Ann Reinert, for example, currently serves as the head of Circulation Acquisition and Technological Services at the Hoyt Library in Saginaw, Michigan. She celebrated fifty years of service in October of 2015, prompting local Senator Ken Horn to declare October 13th as “Hug a Librarian Day” in Saginaw County. Reinert said the biggest change she’s had to get used to over the years was automating the circulation system. “Instead of drawer after drawer of paper –  applications, patron cards, overdue notices, and catalog cards, all of the information is now contained – and yet more accessible”.[iii]

Long-serving staff members have seen sweeping changes in policy, lived under many directors, gone from collecting filmstrips to streaming video, and watched the world of information expand exponentially while simultaneously making the world smaller and available at your fingertips.

Perhaps my favorite response about long serving staff members was from a young woman named Lindsay Gerhardt who works at the Salem-South Lyon District Library in Michigan.  She shared this – “I’ve been at my library for 15 years and I am only thirty! That is kinda fun, but not 50 yet.” [iv] Wouldn’t you love to have a crystal ball to see what changes she will see in her fifty years?

[iii] RuthAnn Reinert (Circulation, Acquisition, and Technological Services) in a telephone interview with the author, March 2017.