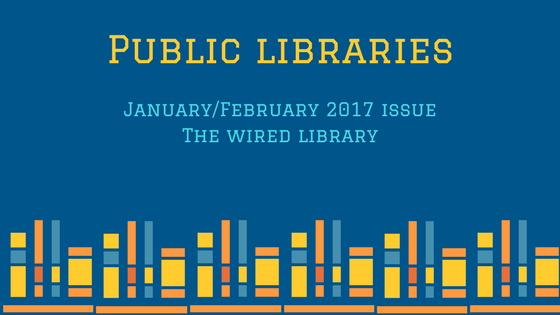 Carol Dweck, the Lewis and Virginia Eaton Professor of Psychology at Stanford University, wrote Mindset: The New Psychology of Success (2006), a work I use as a cornerstone for addressing the idea of failure. Her extensive research sorts people as having either a fixed mindset or a growth mindset.1

A fixed mindset avoids challenges, gives up easily, sees effort as pointless, ignores meaningful feedback, and is threatened by the success of others. People with a fixed mindset generally believe that they have a static level of intelligence. It is most important for them to make no mistakes or even ask questions and look stupid because that would mean they are stupid. Any risk that can lead to failure is to be avoided at all costs. Or, more insidiously in my opinion, the fixed mindset individual never fails; some statistic, comment, experience, feeling shows them a significant level of success no matter what other evidence is produced.

A growth mindset embraces change, persists when facing issues, believes effort is vital, learns from feedback, and finds inspiration in the success of others. An individual with a growth mindset thinks that intelligence can be earned through hard work and that failure is something to be dissected and understood for future undertakings.

For much of my life I leaned toward a fixed mindset, at least at the initial reaction level. I would avoid tasks and activities that I was not immediately good at and dismiss their importance. For example, my handwriting is awful. (No, even worse than yours, it isn’t even close.) I gave up on handwriting very early in life as it didn’t come easily enough, compared to other children around me. I decided this tool was inessential, taking various shortcuts instead of working hard to improve. I even justified my awful handwriting with a story about breaking a finger playing tennis at a young age. Fixed mindset, one hundred percent—not being able to do something well meant it was unimportant, those who could do it well were just naturally gifted, and this is who I was and there was nothing that could change this fact.

I am going to go through some of my professional failures and consider how I reacted, with a fixed or growth mindset.

Skokie in Motion was a program I organized to highlight local production of short films with a secondary goal of highlighting our digital media lab. The first year was a success, with eighteen entries and nearly a hundred attendees. The following two years, I could not attract enough entries to move forward with the festival. I planned the second event about fifteen months after the first one and did not do nearly as much recruiting of content producers; for the third event, I tried a different time of year but made no other significant change.

I consider this a xed and then a growth mindset failure. It was xed as
I made very little change between the second and third iterations of the festival, besides trying a different date. However, I moved on to a growth mindset as with the help of former PLA Director Carolyn Anthony I examined why the festival failed the third time. I concluded that because of a position change I didn’t have the capacity to really push this program with the amount of effort needed to make it a success. Our library may revisit this program again in the future, though another staff member will take leadership and the title will change.

Skokie Stories was an oral history project based on the design of StoryCorps. At least that was my vision for the project. StoryCorps encourages individuals to come together and have an authentic, meaningful discussion, which is recorded via audio. I defy you to listen to their pieces without tearing up or cracking up. I envisioned Skokie Stories inspiring recordings of grandmothers and granddaughters discussing family history, husbands and wives reminiscing about growing up in Skokie, and other heart-touching chats. My patrons would take out a sheet of suggested conversation starters and an MP3 recorder, and they would be amazing. Family history would be recorded, the library would bring people together in a deeply impactful way, digital literacy would increase through using a new technology, the library’s digital archives would expand, and it would basically run itself!

This did not work at all. I could not sell this vision to my colleagues and stakeholders. I still cringe when remembering the pitying looks and gentle suggestions that I would not allow to alter my unrealistic project plan.

The actual project consisted of my trying to learn how to shoot and conduct an interview with less-than-excellent cameras and no journalistic experience. This project was extremely time intensive and had little impact. The patrons I reached had no interest in interviewing each other using the library as a resource. I blamed the patrons for not understand- ing this powerful idea, my colleagues for not understanding my majestic vision, the equipment, my marketing team (though I never once actually went to talk to them about this project)—really, it was everybody’s fault but mine.

Obviously, this was a totally fixed mindset. Older me knows that I failed in large part because I prioritized what I thought was cool over asking patrons about their own aspirations.

I was a huge Drupal proponent. I was partially responsible for introducing the Drupal content management system in my region. I led discussions and lectures on Drupal and answered hundreds of questions. I showed how to create con- tent types and design “views” to group and sort content types. It was all so easy! Please understand, many libraries have done wonderful things with Drupal, but I was advocating the use of this difficult-to-grasp system to librarians, regardless of skill level.

I was so excited about using the resource that I never stopped to think,
is this the best tool for the job for my audience? Well, for small libraries it is definitely not the best. Even for me, with technical competency, updating Drupal is something I still have nightmares about. Though I am not at fault for libraries choosing to use Drupal, I am at fault for not presenting its flaws as thoroughly as I presented its benefits. It is only recently that I began to recognize this as a failure. I see this as another eventual growth mindset, and as I take part in discussions about innovations I will forevermore be cognizant of presenting the whole of an idea or tool.

Thinking, talking, and writing about failure can be a difficult but powerful pro- cess. As I was contemplating this article, I listed my professional failures to decide which ones I felt comfortable sharing. Looking through all of them (at least the ones I remembered) was somewhat like looking through an old junior high yearbook, making me cringe every few moments. That being said, it was very useful to examine each failure and consider them through the lens of growth vs. fixed mindset. For me, the most heartening of Dweck’s messages is the idea that you can help bring about a growth mindset in others as well as yourself. My mindset is moving from fixed to growth, and I aspire to do this for my team and organization moving forward.