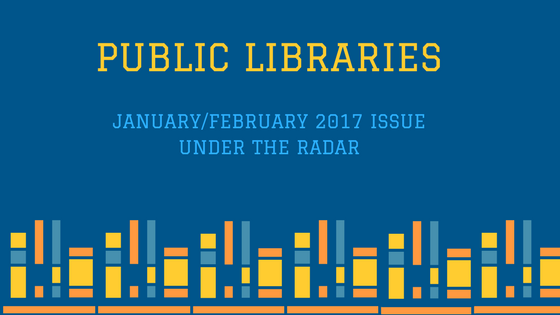 Classic cowardly cad Harry Flashman never met a conflict he couldn’t run away from and laugh at later. His comically epic adventures begin in Flashman: From the Flashman Papers, 1839–1842 (1969). He’s witty, roguish, and not to be admired for anything but his persistence.

Persistence and penury certainly pay off for Dewey Finn in the musical comedy film, School of Rock (2003). Recently kicked out of his band, Dewey scams his way into a job as a substitute teacher of fourth-graders who are definitely smarter than he is. He passes his zeal for music onto his young brainiacs and discovers an outlet for his avocation through his new vocation. Take your passion, make it happen: libraries know this song intimately.

Or keep doing what you know you’re good at, despite what others think. A lesser-known television show, The Last Detective (2003), is a good suggestion for viewers who’ve watched all the BBC crime shows and want something a little lighter on the blood and body count and heavier on the humor. Based on the books by Leslie Thomas, the show follows Detective Constable “Dangerous” Davies. Davies is shunned by his colleagues, overlooked for promotion, and designated dog walker for his ex-wife, yet he still manages to solve cases and not become a clichéd lone-wolf detective.

More recently, antiheroes have become popular in fantasy and are practically de rigueur in the latest subgenre of grim-dark stories for teens. Mark Lawrence’s debut, Prince of Thorns (2011), introduced readers to Jorg Ancrath, one of the most violent and ruthless teenagers to lead a band of mercenaries. Not for the faint of heart, this trilogy explores the dark side of fantasy and the realities of a violent world while introducing readers to a lead character who is impossible to see as a traditional fantasy hero, yet who will fascinate his audience.

Joe Abercrombie’s latest trilogy opens with Half a King (2014). Like Jorg, main character Yarvi is a prince in exile, desperate to return home and get his vengeance. Abercrombie’s revenge-fueled stories have become a popular oeuvre in modern fantasy and this series is the perfect place for teen and adult readers to explore his violent world, penned in shades of grey.

Readers who prefer a slightly less violent antihero should be directed to Lies
of Locke Lamora (2006), the story of a group of master con artists who run circles around everyone else in the city, pulling o the most fantastic heists and reveling in their lives as free men. That is until they go just a bit too far and start to lose everything in a desperate battle with a criminal mastermind whose violence and cruelty know no limits.

Probably the most epic fail in American business history is credited to Preston Tucker, the designer of the “car of the future” the Edsel. A comprehensive examination of the rise and fall of this automotive visionary, Steve Lehto’s Preston Tucker and His Battle to Build the Car of Tomorrow (2016) is a stunning analysis of a fantastic failure that shouldn’t have been.

And for anyone who thinks Pinterest exists solely to make you despair over your own shortcomings and failures, I offer this: www.pinterestfail.com. You’re welcome and you rock.