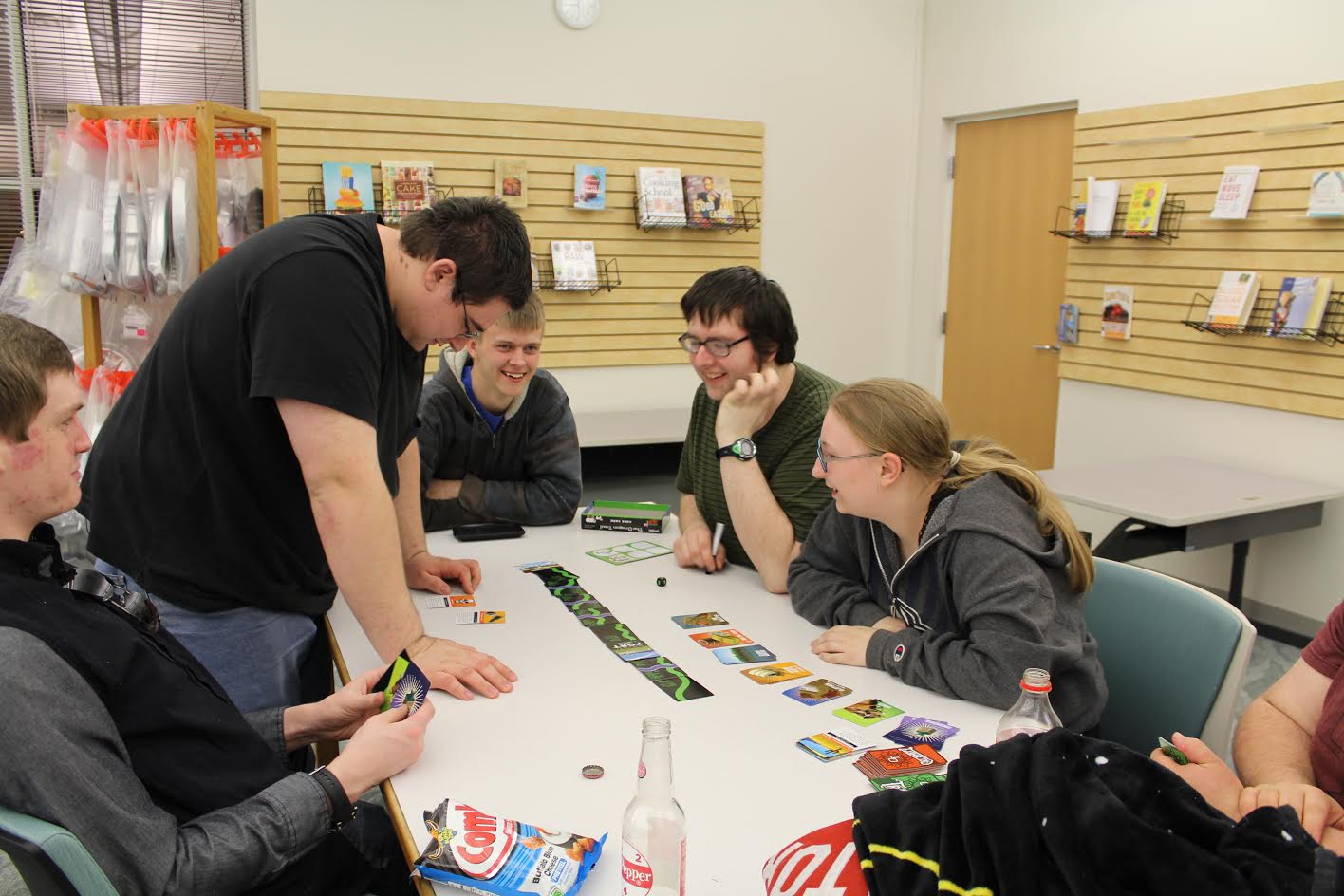 We can’t say that this is an activity that would work everywhere. It seems quite situation-dependent. For example, ours Adult Library Lock-In consisted of a core group who grew up attending lock-ins and other library programs. However, this time they brought their college friends, roommates, co-workers, and significant others to meet the librarians and former classmates they spent hours with at the library sometimes as long as five years ago.

How does an adult lock-in look different from a high school lock-in? Instead of large coolers filled with lemonade and water there is a carafe of very strong coffee and some 2 liter bottles of soft drinks. There isn’t a litany of rules to go over at the beginning so everyone behaves because everyone is an adult now. Anyone can leave when they want because most have cars, so there isn’t a need to call an over-sleeping parent and remind them to come get their child in the morning. There is more talking among the participants at the beginning of the event as they catch up with each other on what they have been doing since the last time they saw each other. Even in the age of social media it seems like talking face-to-face is still the best way to get information. There are also new friends from outside the community. It isn’t just kids from the local schools in the area.

How does an adult lock-in look the same as a high school lock-in? There are current and retro-gaming systems set up around the building. Tables are filled with board games ready to play. One television is ready for movie-watching. There is still pizza to eat, and someone still wants to organize a game of capture the flag. There are still people who decide to curl up in a niche on a comfy chair and read during the night, and there are still one or two people who decided to sleep for an hour or two during the event.

Why an adult lock-in? Whether these new adults are attending some type of post-secondary education in the area or farther away, they still want to come home. For many of them the library was their home during high school. This was their third place other than school and home. They could be themselves here. Now they want to share that with their significant other, their college roommate, or their co-worker who likes the same things they do. It is also a time to show the important adults in their lives, the librarians, that they have grown up and become something. Now they tell the librarians about their jobs, their classes, and their internships. And just like during high school, the librarians listen attentively, praise their efforts, and remind these young adults that they still believe they can do anything.

These kids aren’t kids anymore. They are now able to vote for library levies and generally support or ignore libraries. Soon they will have kids of their own, and hopefully they will bring their babies to your library for storytime!