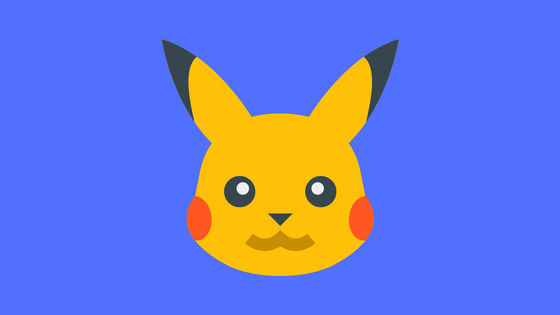 It was only last summer that Pokémon GO was released, sparking a pop culture phenomenon that sent millions of players combing through parks, shopping malls, and of course, public libraries in search of the elusive creatures. No sooner had libraries adapted, designing programs and promotions, only to find that the craze had run its course. Or has it? Despite a precipitous 80 percent drop in users[1] from its peak, there are signs that libraries should prepare for a rebound. Keen on reinvigorating their game, app developer Niantic has begun employing a series of approaches. They revolve around:

In February 2017, Pokémon GO released eighty new second generation Pokémon into the game. With this new content came a 50 percent increase in use, though it has faded over time.[2] Expect a similar shot in the arm, as there are plans to release “legendary Pokémon” into the mix. These are suspected to be a social activity where numerous players will need to wear down the most powerful of Pokémon.[3] Libraries should be prepared to create fandom events around future major releases. If legendary Pokémon do indeed require groups of players working in tandem under a deadline, then their appearance at your library should be met with a social media blast that allows you to quickly advertise a pop up program.

From May 5-8 a Worldwide Bloom event took place, whereby Pokémon of a certain (grass) type appeared at a dramatically higher rate and lures used to attract Pokémon lasted six times longer.[4] Prior to this, the developer has employed holiday events, such as their Valentine’s Day and Holiday Season promotions. While it’s probably too much to hope for a 2018 National Library Workers Day special, it is reasonable to expect other seasonal events, so keep an ear to the ground and plan accordingly!

Niantic is working to push new social aspects in its game. There remains the long-promised Pokémon, which would allow a pokéstop (think of them as a resupply area) to be augmented with special features. If these augmentations take the form of in-app purchases, take the opportunity to use them as inexpensive ways to drive traffic to your library. A trading option appears likely,[5] and may be tied to a pokécenter, meaning individuals will need to be in proximity to each other in order to conduct their business. As someone who has witnessed children (and adults) arguing over Yu-Gi-Oh! cards, this feature comes with mixed emotions! Expect your library to become a hub of such activity. PVP (player versus player) features are also forthcoming, and with it, the possibility of a library hosting a tournament, if the game mechanics allow.[6]

While there remains some uncertainty regarding the future of Pokémon GO, it seems clear that there is a real effort to rekindle excitement. Warm weather in and of itself encourages Pokémon hunting, and this summer seems primed for several major updates that could cause a second outbreak of Pokémon fever! So go, cultivate a relationship with the Pokémon diehards who never left the game (they may be your co-workers) and use them as an early warning system! Assess your location; is it a pokéstop/pokégym or in proximity to one? Finally, sketch out some programs that you can roll out on short notice.

25 Pokémon Crafts for Kids: Great ideas for kids and teens, particularly for use in a fandom event!

Niantic Labs Blog: Get official updates straight from the source!