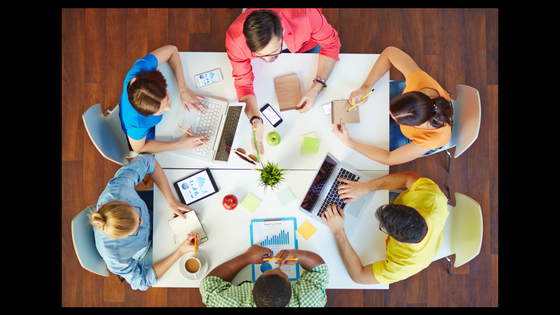 I had the pleasure of attending a conversation-starter session at the American Library Association Annual Conference in Chicago in June, 2017, run by current sitting President of the Massachusetts Library Association and Library Director Alex Lent. Lent is the founder of a group called “The Library Directors Group” and a website Librarydirectors.org  after the completion of his first year as library director. The purpose of the website was to attract new library directors to share questions, ideas, vent frustrations, and act as peer mentors for one another, as we all work toward growing in our careers.

At the ALA conference, Lent hosted a conversation starter titled Facilitating Communication, Collaboration, and Continuing Education for Library Directors. Sounds pretty fancy doesn’t it? What really happened was Lent spoke at the microphone for a minute and a half, and then had all the attendees get in a circle, go around and introduce themselves, and share topics that they’d hope to cover. He has been offering this Directors Roundtable at conferences in New England, and it was a big hit at this national offering also. His real success has been the creation of a library directors Listserv, which now has close to 400 library directors coast to coast reading and replying to one another every day.

I recently had the opportunity of filling in for him, by hosting a Directors Roundtable on the island of Martha’s Vineyard. I met with a great group of directors who work on this island (population 15,000 but that number grows to well over 100,000 during the summer vacation months). We got together to enjoy the best homemade scones I’d ever had, but really to share stories, frustrations, and ideas for success on the Island.

Lent was looking for a service that didn’t exist, so he created one. To quote him “I didn’t start this service because I think I’m a great library director, I did it because I think I’m not” and I think that’s an idea that we can all identify with sometimes. We are a community, no matter where we work and what the task at hand is. The support from the community of library directors is one that I value greatly and am thankful to have.