Blind Them With Science 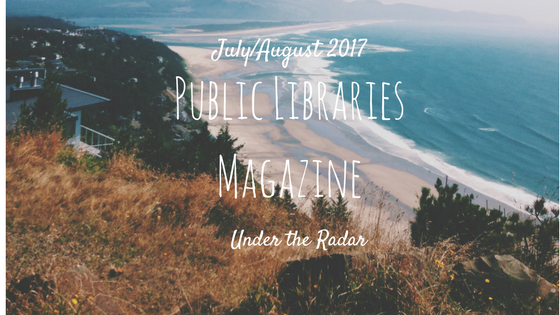 Science is having a parsec. It’s one of the most popular trending topics in popular non fiction. Let’s give some credit to Adam and Jamie of the television show Mythbusters (2003–16) for showing us all how to blow stuff up safely, and to Bill Nye for inspiring millions of science fair projects that weren’t boring. It didn’t take long for compelling science non fiction to make its way to print, screen, and airwaves. Science is cool, trending, fun, and interesting. And, no surprise here, infinitesimal. Here is a mere sampling of some new, quirky, fascinating books, movies, podcasts, and more to recommend to patrons seeking an instant chemical reaction.

The total solar eclipse of August 2017 is sparking interest and The American Eclipse (2017) is a heart-pounding tale of a race among three scientists in 1878 to be present at the greatest moment of darkness. Author David Baron, “professional eclipse chaser,” understands the excitement of waiting for the celestial drama. Readers will keep their eyes glued to the page instead of the sun.

Women in science are ruling the bestseller charts. The brainy women of Hidden Figures (2016) and The Glass Universe (2016) wield slide rules and telescopes with daring precision. Give these titles to book groups and teens with a science bent.

Look for several books from women tackling different disciplines. Eugenia Cheng takes math into the kitchen and shows everyone How to Bake Pi (2015) in this delightful explanation of the logic and beauty of math. If you can make puff pastry, you can understand the Poincare Conjecture.

Margee Kerr has a PhD in fear. Read how she puts it to use in Scream: Chilling Adventures in the Science of Fear (2015). Kerr proves science is not for the faint of heart, but readers will be okay. It’s the science of the adrenaline rush and why some people love to be scared, some people loathe it, and why it can be good for us to experience terror.

Need some visual science? Shark Week (1987–) is more than bloody chum chomped by one of nature’s oldest creatures. It’s marine biology at its best. Not to be confused with Sharknado. That is not science. Award-winning series Nova (1974–) has episodes that pair well with many of these books. And no doubt the characters on The Big Bang Theory (2007–) have seen every episode of both.

Stick some science in your ear with these entertaining informative podcasts. One of America’s favorite scientists, Neil deGrasse Tyson, hosts “StarTalk.” It will tickle your funny bone and your brain. Australian science journalist Wendy Zukerman raises an eyebrow at fads, trends, and commonly held beliefs in “Science Vs,” a charmingly instructive podcast perfect for a commute.

Need your science bite-sized? Ease into it with the Astronomy Picture of the Day on Twitter, a gorgeous picture from space that will both thrill and humble the viewer. Want links to smarty-pants sciencey articles? Follow Scientific American.

And if all of this science talk is too much to compute, then here’s your science playlist. Learn the Periodic Table with Tom Lehrer in “Elements” (1959) or “Chemical Calisthenics” (2002) from Blackalicious. Wondering how we all got here? Björk will sing some theories for you in “Cosmogony” (2011), and who better than “Major Tom” himself, David Bowie, to tell us if there really is “Life on Mars” (1971).