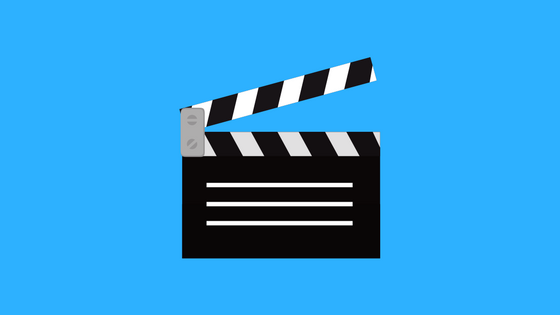 Estevez also shows how interacting with homeless patrons makes up a large part of Goodson’s day. He chats with them as he enters work—they’re already lined up before the building has opened in order to escape the cold—and banters with them in the men’s room, which serves as a de facto conference room for the film’s four main homeless characters. Estevez takes care to highlight the camaraderie between librarians and all of their patrons, homeless included, notably in a scene when Goodson is confronted by a naked patron singing in the stacks. Yet Estevez also points out the emotional toll that this kind of service exerts on the librarians. “I go home and cry myself to sleep sometimes,” one of Goodson’s coworkers (Jena Malone) admits to him. “I’m only human, right?”

Goodson soon discovers that he’s been named as a defendant in a court case against the library, where a homeless patron has sued the library for interfering with his first amendment rights after he was removed because of complaints around his body odor. When an oily city attorney (Christian Slater) interrogates him about the events of the day, Goodson realizes that his job is in jeopardy for following the library’s protocol. At the same time, the city has been hit with an arctic blast and temperatures hover in the single digits. When a homeless patron is found dead from exposure outside the library one morning, Jackson (Michael Kenneth Williams), the unofficial leader of the homeless patrons, leaps into action. Citing overcrowded shelters as leaving them no other place to go, Jackson, proposes an alternative: He and seventy other homeless patrons will barricade themselves in the library for the night as an act of resistance in the hopes that the city will declare the library an emergency shelter. Frustrated by the lack of his board’s support in his court case, Goodson offers his assistance. Jackson soon finds himself serving as the group’s spokesperson, negotiating with the city’s crisis negotiator, Detective Ramstead (Alec Baldwin).

Goodson soon finds himself in over his head, struggling to figure out a peaceful solution that will keep his patrons safe and himself out of jail. Gabrielle Union shows up as an opportunistic TV journalist who views the standoff as a chance to catapult her career into the national spotlight. Slater’s conniving city attorney reappears, seizing the standoff as a chance to showcase his “tough on crime” stance. His oiliness makes him a villain easy to root against, and he’s on the receiving end of a lot of tart one-liners from both Estevez and Malone’s characters.

Throughout it all, Goodson keeps the needs of his patrons at the forefront. We get brief insights into the personal lives of the homeless patrons and their myriad interests, as well as the different paths that led them to a life on the streets. While these characters are broadly sketched, Estevez and his actors seem careful to remind the audience that they are real people with life and death problems. Estevez is also careful not to make Goodson’s transition into local folk hero an effortless one, and we see him stumble along the way and succumb to his own anxieties.

Librarians accustomed to seeing their profession stereotyped might take comfort in the fact that  Goodson is presented as a three-dimensional human being, flaws and all. We get a glimpse of his home life, where he grows tomatoes in his apartment and has embarked on a relationship with his neighbor Angela (Taylor Schilling). Angela’s a free-spirt who admittedly hasn’t been to the library in years and is ignorant of how Goodson spends his days. “It must be nice to get to read all day,” she says when she finds out what he does, a reply sure to be familiar to any librarian in the audience. He grimaces in response, and instead of offering a rebuttal, invites her to stop by to see the library in action.

Estevez packs the movie with meaty topics, including homelessness, mental illness, the opioid crisis, and politics, with mixed results. A subplot involving Ramstead’s son, a drug addict who has gone missing for over a week, veers the movie towards soap opera territory and seems to function only so that Goodson can deliver a monologue about how a librarian must put the privacy of their patrons above all else. Estevez also shoehorns a dark secret from Goodson’s past into the plot that, while it provides a motive for Goodson’s allegiance to his homeless patrons, seems melodramatic.

At its heart, however, the movie shows librarians compassionately serving the needs of all their patrons, homeless and otherwise. The library is portrayed as a civic institution pulled in many directions that ultimately endures due to the perseverance of its employees. In a pop culture landscape where their profession is all too often reduced to a caricature, librarians may take comfort in The Public’s attempt to show a more nuanced portrayal of their world.

According to the U.S. Department of  Housing and Urban Development’s 2016 Annual Homeless Assessment Report (AHAR), on a single night in January 2016, 549,928 people were experiencing homelessness in the United States. This population includes men, women, children, and families. They face a wide range of challenges including lack of affordable housing, employment opportunities, healthcare, and other needed services. As many public librarians know, with no safety net to speak of, homeless citizens often turn to the library for help. We’ve started this list of resources and related reading as a way to help libraries provide the best possible service to this group. We welcome your input!