Diane Barth on How Noticing the Small Details Enrich Friendships 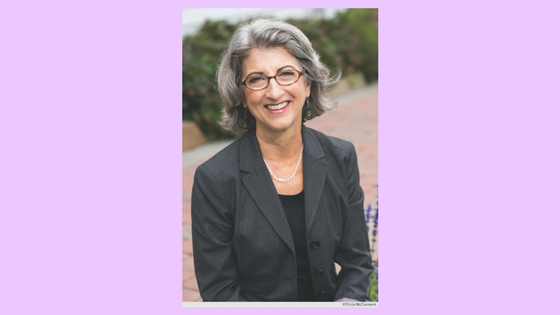 Diane Barth’s I Know How You Feel: The Joy and Heartbreak of Friendship in Women’s Lives draws on Barth’s extensive experience as a psychotherapist to examine the complexities of female friendship. Barth interviewed a broad range of women about their relationships, discussing how their need for friendship transforms over time and common problems they encounter. The result is a highly readable book full of valuable insights into navigating relationships that readers of all ages will value. Of I Know How You Feel, Library Journal raved that it was “a lively and compassionate guide that defines what is meant by ‘friend’ in the 21st century.” Susie Orbach stated, “Diane Barth helps us honor the richness, the joys, the everyday sustenance women’s friendships give, as well as the complications and difficulties these intimate friendships can engender.” Diane Barth spoke to Brendan Dowling via telephone on February 22nd.

You’ve worked as a psychotherapist for the past thirty years. What made it apparent to you that a book like this was needed?

It didn’t actually become apparent to me for a long time, although it should have! (laughs) Most of my clients, men and women, talk about friendships in the course of their therapy. Women in particular talk about conflicts with friends, jealousies with friends, and difficulties with friends, so I should have realized that this was something people would be interested in. But it wasn’t until I was having coffee with a friend and we were talking about the ways that our friendships with each other and other women had changed over the course of our lifetime. She asked me if I thought other women had the same experience, and I said, “Oh yeah, I see it in my work all the time.” She said, “You should write about that.” (laughs) That was the beginning.

That’s an example of something that women do for each other, where we put into words the things that one psychoanalyst calls the “unthought known.” There are things that you know, but we’ve never said to yourself. When somebody says it, you say, “Aha! Of course!”

A big part of the book is about how friendships change over a lifetime. Can you talk about how the needs for friendship evolve as women get older?

They change in a lot of different ways, because they change as we go through developmental stages and as we go through life experiences. The original thinking about friendships came from Harry Stack Sullivan, who was an American psychoanalyst. He wrote that we needed chums when we’re little to help us separate from our parents and develop a sense of our own identity outside of the family. Erik Erikson, who is a great developmental psychologist, said a lot of the same things, that in order to develop a sense of who we are, separate from our families, we have to have relationships with friends.

When we’re little, we have these really intense friendships, sometimes very loving, sometimes very hurtful. As we grow older, many women have these really intense BFF relationships. I talk about one of those in I Know How You Feel, where these two women see each other across a crowded room and sort of fall into love. They did what many teenagers do where they felt they were identical twins. One of these girls was Chinese American and one was from a European Jewish background. They looked completely different, they had completely different experiences, and they had completely different cultures, but they felt they knew everything about each other. They were very, very close for many years and then there was a rupture between them. We follow them through the course of the book where they discover that they’re really not the same, and that’s another developmental stage. It’s also one of the ways that friendships change as we get older.

I hear this from so many young women who were very, very close to friends in college. They basically had a four-year slumber party with their friends, and then they get out of college and their friends aren’t as accessible anymore. They may live in a different city or they may just have jobs that don’t let them see each other in the same way, and those friendships start to change. Some of the women start to have significant others and start to focus more on those relationships. They start to focus more on their career and just don’t have the same kind of time or energy for their friendships. Some of the friendships change in that you become friends as a couple, so you become friends with your significant others’ friends and your significant other becomes friends with your friends, and that changes the dynamic.

As you get older, maybe you have children or maybe you get married, but you get more involved in your own nuclear family life. Your friends often become people who are doing the same things that you are doing. They may be some of your old friends, but often they’re new. They’re work friends. If you’re bringing up children, they’re friends who have children the same age as your children. Then we get older and we get divorced, we get widowed, our children leave home, and we need a different kind of friendship. We actually have more time for more intense friendships. So the friendships that women told me about as they got older were richer.

It was remarkable in the section about older women, a lot of them were saying that they didn’t need to have a lot in common with friends at that point in their lives.

I heard from many older women who are still intensely involved with old friends who they have a lot in common with. But a lot of older women were talking about how friends move away, or friends get widowed and then remarried. Things change. These women felt that they had learned that you can be friends with a lot of different people, that you don’t have to have this total bond of being from the same background or having the same experiences. As we get older, women tend to be friends with a wider range of generations, so many of the older women talked about being friends with women who were younger than they were.

A big part of the book was about how paying attention the small details of each other’s lives is a touchstone of female friendships and actually enriches their lives. Can you talk about that?

It’s a thing that women get teased about a lot and that a lot of women don’t like—so it’s not all women—this sort of chatting to each other. I know it’s true for me. I can get together with a friend and we can spend an hour and a half talking and when we’re finished, neither of us could tell you what we talked about. That seems to some people a real waste of time, but I believe that it’s the interest in the tiny little insignificant details in each other’s lives, even some of the ones we don’t remember, that is what makes woman friendships really powerful.

When he was teaching new therapists, Harry Stack Sullivan used to say, “When you’re listening to somebody’s story and you want to know what’s happening in somebody’s life, what’s really important is the tiny details, the things that sound completely insignificant.” Not whether or not their mother loved them or whether or not they had this intensely meaningful experience, but what they’re doing moment to moment in their life. That’s what tells you who somebody is. I think a lot of women just get that. In the end, I think that’s what makes women’s friendships special.

That’s such a comforting part of the book, that reaching out to a friend doesn’t have to involve a super deep conversation. The act of reaching out is going to strengthen the friendship.

I think I may get disbarred, or whatever can happen to therapists when they say something that goes against the rules! (laughs) I heard so many stories about women who didn’t talk about important things or serious things. Obviously, I think that it’s important to talk about feelings, and it’s really important to talk about things like a pattern in a relationship. I think those are important things. But I also heard from so many women how important it was just to be with each other—just to do things together and not talk about the deep feelings or the conflict between them. I talked to one woman who was part of a memoir writing group. She said that she loves her group. They meet once a month, they work on their writing, and they talk about their histories in order to have it be part of their writing, but they don’t ever talk about anything personal. She said all of them prefer it that way. They’re just not interested in sharing lots of personal information.

That reminds me of when you talk about your patient who had Lyme disease. She had the one friend who showed. She didn’t need her to do anything special but just be in the same room while they watched TV together.

But that’s an interesting story in another way. That woman was very disappointed in her best friend who didn’t show up. The woman who she expected to be there to help her when she was having trouble disappeared. She didn’t really ghost her, but she left the picture for a while. The woman who was able to come and sit with her, watch TV with her, and just keep her company, was a much more casual friend. When the patient got better the relationship between her and the casual friend didn’t seem to have the same meaning anymore. What they needed from each other changed. She ultimately reconnected with her old friend and was able to ask her what had happened and tell her she was upset that she hadn’t been there. The friend was able to say she couldn’t be there because it upset her to see her in pain and so helpless. That communication—I don’t think they did much more than just explain to each other what they were feeling—was enough. They were able to restore their friendship. So I think sometimes it is important to talk about things. It’s not always important to dig., but it’s important to clarify.

From reading your book, it seems that there’s not one set way to resolve an issue with a friend, but what advice would you offer as different strategies for resolving conflict?

There are many different strategies. One of the things I loved about doing the research for this book was that I got all kinds of different ideas about how to deal with resolving conflict. The truth is that women are very different from each other, so we have different ways of dealing with it. There’s no one right way. But if you’re looking for one rule of thumb, the one I like the best comes from a book called Difficult Conversations. The authors recommend talking about an issue in terms of your feelings, not in terms of what the other person has done to you or what the other person has done wrong. It’s more productive to say something like, “I’m feeling really hurt” or “I’m getting upset because you sound angry.” It just changes the focus. It becomes about your difficulty, not about that the other person did something wrong.