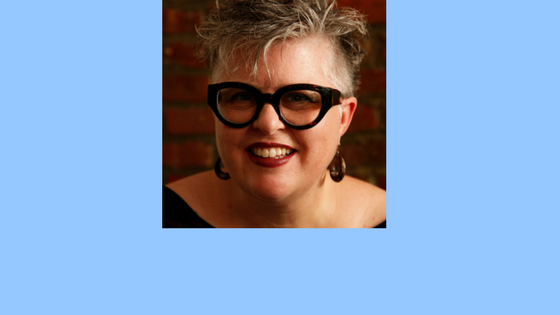 In Cris Beam’s I Feel You: The Surprising Power of Extreme Empathy, Beam brings her formidable skills as a journalist to unpack how empathy is deployed in the 21st century, examine its origins in popular culture, and understand its fluid definitions. Along the way she shows the reader the role empathy has played from the Truth and Reconciliation Commissions in South Africa to the court systems in Red Bank, New Jersey. Booklist praised Beam for her “exceptional intelligence, equally evident in her thinking and her writing, [which] shines light on empathy from extraordinary angles” and Kirkus Reviews hailed I Feel You as “fascinating and well-rounded.” Cris Beam spoke with Brendan Dowling via telephone on March 15th. Author photo courtesy M. Burgess.

You talk about how you like empathy because it’s “the only way to be intimate and expansive at once.” Can you talk about what you mean by that?

It’s interesting because it allows you to go both broad and deep at the same time. What I mean by that is that it’s both personal and exemplary. For example, the Truth and Reconciliation Commissions in South Africa are a good example of this. They were intimate; the empathy expressed in the TRCs were about one-to-one exchanges where people were trying to get to an understanding of how one person could have committed a gross injustice against another and come to maybe some kind of forgiveness or at least understanding about that. Yet because they were televised, the idea was that others could gain some kind of understanding from it too. In that way you get a broader grasp of how you also can participate in that empathy, so it allows you go both deep and broad at once.

One of the women I went and studied with, Dr. Pumla Gobodo-Madikizela, talks about the way you can get secondary gain from actually watching peace happen between two people. So even if you personally didn’t get resolution from somebody who did harm to you, if you watch someone have empathy given to them you can secondarily experience that kind of resolution internally.

Why is empathy such a prevalent concept right now?

One of the things I found in my research was that it goes through cycles. The word empathy is just a hundred years old. It comes from the German einfühlung, which means “feeling into.” It was originally an artistic aesthetic concept. At the time it came out it spread into all kinds of fields— Freud used it in psychology and the notion of empathy became really popular at the end of the nineteenth century. Then it swung out of favor with Nietzsche and his idea of the superhuman, we became all about the individual. Now we’re swinging back in. We’ve seen these pendulum swings away from the collective connective ideologies towards the individual and then back toward the more connective, empathic ways of thinking. So I think its partly cyclical.

I also think it was because of the mirror neuron discovery, which has been largely refuted, in the nineties. In the nineties a neuroscientist named Marco Iacoboni, in Italy discovered these neurons that basically fire in macaques, the monkeys. They’re usually action neurons, so they fire when you execute an action. What they discovered is they would fire when the macaques would watch somebody doing an actions, so they said, “Well this is the basis of empathy, because you actually are imagining or enacting an action without actually doing it.” Then it became very controversial, and people said, “All we know is that these action neurons are firing when you’re not performing an action. It doesn’t mean that it’s actually empathy and we’ve never seen them in humans.”

Regardless, the cat was out of the bag and everyone said, “Wow, now we have a neurological basis for empathy, and that means empathy exists, empathy matters, and empathy is really important.” Suddenly there was this big huge surge into everything empathy: research into empathy, discussions about empathy. So there was a big cultural zeitgeist around empathy.

You talk about how some view empathy as a skill that can be developed and others view it as a moral inclination. Can you talk about what the difference is in those two schools of thought?

I noticed this in schools in particular. There’s been a real push for schools to teach empathy and build it into their curriculum. It’s something that I’m very wary of actually, especially because corporations have been pushing for schools to teach empathy and whenever there’s a corporate push I wonder why. I’m naturally suspicious. The push is to create empathic marketers and branders. There’s a philosophy that it is skill-based, that you can learn it like a skill, and in that way empathy is acquisitional.

Can you describe what is meant by an empathetic marketer?

Corporations have been writing about, talking about, and teaching empathy their business schools. When they know our likes and dislikes and can target products to us individually, they call this empathy. I argue that this is not just the bastardization of a term, but that there’s more going on. I say that when we begin to feel empathized with in our online experience, empathy has shifted to mean something else. So in other words, companies have, for a long time now, shifted their model away from the mass commercial, where they try to target to millions of people in one commercial, towards the one-to-one exchange where they know who you are, what your buying habits are, and what your demographics are. They can then try to target individual products to you, and they call this empathy.

If we’re swimming in that kind of soup, we may begin to feel that’s empathy too. When corporations push empathy in the schools and say, “This is what students need to learn in order to work in our companies,” then it is a skill to learn. It is a skill to learn how to understand people’s buying habits and call that empathy.

So I argue that we need to not numeratize and grade empathy as a skillset, because I think that’s kind of risky. I think we need to think about empathy as a moral, and really value it for its inherent value, which is doing good for good’s sake. We need to model empathy rather than teach it as a set of skills that can be graded and numeratized.

You examine how empathy operates in a wide variety of communities, from the court system in Red Hook to the truth and reconciliation processes in South Africa. What factored into which case studies you shared with your readers?

I wanted to give people a range of things that went from the very individual and intimate to the broader ideas of empathy, where we bring empathy into places like justice. Especially with the idea of can we bring empathy into justice, because it is a big question. When Sotomayor was being brought into the Supreme Court, there was a big question of whether empathy should even have a place in the courtroom, so it’s been a part of the national dialogue. So I wanted to bring in systems wherein we have questions of empathy and then the more intimate ones as well.

What role does self-empathy play in all of this?

That was something I really struggled with at the onset of the book because I initially thought self-empathy is just another link in the long chain of American selfishness, you know? (laughs) I had an inborn reaction to the idea of self-empathy. I felt squeamish about it. Then I started working on the book and went through a terrible crisis and realized the only way I’m going to heal is to be kind to myself. I couldn’t just operate with my same old tools, which were to work and drive and push forward. I had to shift what I was doing and actually be gentle and patient and empathic to what I was going through. It was a really stark lesson that I had never learned before: “Oh my gosh, self-empathy is part of this big toolbox that we need to access.” It was a real lesson.

I really like the idea of empathy being an interruption of power because I think it’s so different from the way we traditionally think about it. Empathy still has tinges of sympathy in the way we approach it and the way we feel about it. It feels like we’re looking almost down on somebody and maybe a little bit sorry for them. When we think of it as an interruption of power it disrupts social structure and can be wielded in really useful ways. I learned that definition when I was in South Africa. I was there when Eugene De Kock, who was the head of Vlakplaas, the South African prison, was released from prison. He’s knows as Prime Evil there. He’s a very, very, very bad person. The idea that a lot of people were talking about was that this was an interruption of power, because if he’s just in prison, we’re still ceding to him the same amount of power that he’s always had. If we have empathy for his process and have empathy for the fact that he’s expressed remorse, then it’s deflating some of his power. It says the rest of us are actually culpable as well, rather than saying that he’s the one bad guy. I thought that was a really interesting expression of what empathy can do.

The idea of mutual vulnerability is also really interesting. There’s a theorist named Nell Noddings who says that the whole notion of projecting yourself into another person’s experience is a particularly Western, masculine notion of empathy. She defines empathy as receptivity rather than doing this constant projection, “How would you feel? How would I feel if I were in your shoes?” That’s a really interesting idea that actually what empathy is is a kind of listening, rather than projecting. I like that idea too of just being mutually vulnerable, of mutually listening to each other. It takes away that need to thrust an identity or a subjectivity into another person.

Librarians serve a diverse spectrum of the population. How can they best apply empathy in their roles?

One of the things that I learned is that in a way empathy is perspective taking. You’re doing this “how would this feel for me to feel what you’re experiencing and “how does this feel for you,” and both are really difficult. So what I found was that while you have to take those imaginative leaps into genuinely trying to understand what the other person might be going through, you’re also really, really listening hard and, like Nell Nodding said, being really receptive. So I think the kind of empathy that’s the most useful, especially if you’re dealing with people who are very different than you, is to be as curious as possible, keep yourself from projecting, and be as receptive as possible. So you’re jumping between states, an imaginative state and a receptive state. It removes some of the heightened emotion, which also removes judgment.