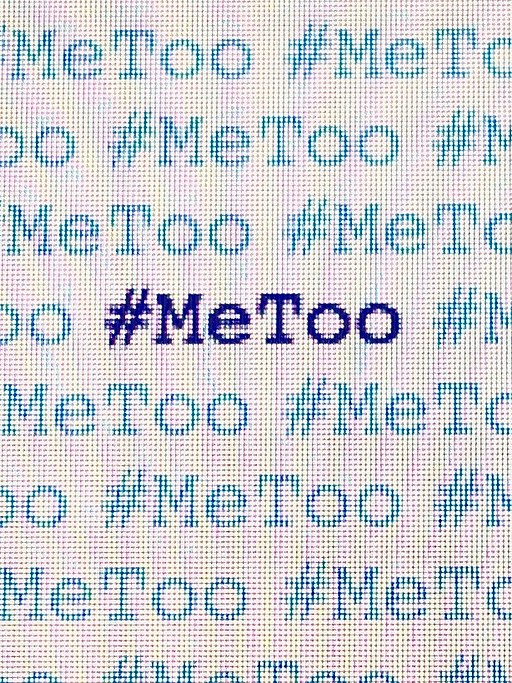 #TimesUp. #MeToo. In recent months, these hashtags have exploded in popularity and brought more attention to the sexual harassment that many individuals face. This is especially true in libraries, where staff are often seen as captive audiences to the public. Two recent articles delve into this epidemic in more detail: “#TimesUp on Harassing Your Public Librarian” by Katie Macbride[1] and “The State of Sexual Harassment in the Library” by Kelly Jensen[2].

This is a key problem in our field today, and one that we must address. Having worked in public libraries since I was 15, I have plenty of stories I could share about being harassed by patrons, as well as colleagues. I suspect many, if not most, public librarians do. I could write about the unwanted physical advance I received from a colleague a few years ago, or the patron who followed me home from work one night. I could write about the middle-aged man who used to compliment me at the circulation desk when I worked evenings as a (barely 18 year-old) college student, or the person who ran my license plate to find out who I was last year. Recently, a conversation came up with some of my colleagues about lying to patrons about our relationship statuses; many of us were guilty of it. I myself have been known to throw on a fake engagement ring when I see certain patrons enter the building. And that is not okay.

Unfortunately, our job duties of being helpful to the public sometimes make us sitting ducks for harassment. As a profession, we could collect hundreds – probably thousands – of similar stories from people across the library industry. But when are we going to do something about it?

As Macbride writes, much workplace training in today’s world focuses on harassment between employees. That certainly exists in libraries – something I unfortunately can personally attest to – but the bigger risk is harassment by the public. Because, she writes, we are often evaluated by management based on our customer service skills, it can make it that much harder to say no to a patron or tell him to stop whatever he’s doing. We’re in the business of making people happy and saying “yes” as much as possible. We want people to like us so they continue to use us. We depend on high rates of patron interaction to remain relevant in today’s world of shrinking budgets and constant questions about our necessity.

So, how as a profession do we address this? I don’t have an easy answer. Neither do Jensen or Macbride. It’s an incredibly complex issue that, until recently, until #MeToo and #TimesUp went mainstream, was taboo to speak about.

The first step is to talk about it. Keep talking about it, even when it makes people uncomfortable. The more aware we are of the problem, the more we can work on fixing it. Due to the nature of working with the public, it’s unlikely to ever go away completely, but perhaps calling more attention to it will make harassers think twice before behaving badly.

Have you been a victim of harassment at your workplace? Have an idea for prevention? Share your story in the comments.