Drawing Millennials into the Library 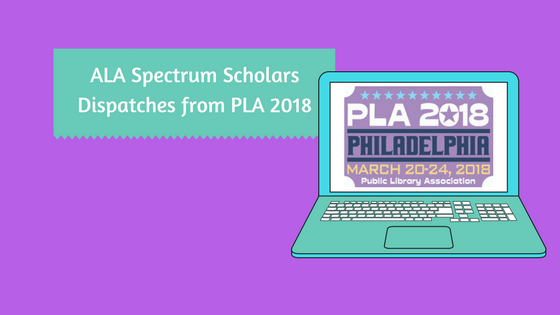 “Millennials Take Over the Library” was a must-see session at PLA 2018. Presenter Jackie Flowers from the Calgary (Alberta, Canada) Public Library showed how her library has implemented user-centered design to draw in this often misunderstood generation of people. She sought to answer how libraries can successfully market to the millennial generation, when business and large corporations are having such a hard time drawing them in. As part of the millennial generation and working in a community with a large millennial community, this session interested me because I wanted to know how to draw in a greater millennial group into the library for more than just books or wifi. Flowers tackled this session with humor and a message that has stuck with me since.

Flowers explained that Millennials are the generation of people born between the early 1980’s and mid 1990’s, currently aged between 18-35. They are connected online through social media, and also seem to love the library. She mentioned that this generation is mostly educated, and per a 2016 Pew Research Report, are a group that use libraries often through physical and online means. The Calgary Public Library already had a large percentage of millennials in their area using the library without specific programs directed at them, now the question became, how did they raise that number even higher?

The Calgary Public Library’s Service Design team functions as a “research and development group,” tasked with looking at the current programs offered by the library and how to make those better. The group is very diverse, staffed with four librarians, two museum staff, one archivist, a circulation clerk with a background in education, and another who had previously been in accounting. Their method is Implemented Design Thinking, characterized through: empathy, design, ideate, prototype, and test. Through their research of advertisements, they noted that the millennial group had been broken down into two groups:  Millennials with kids and Millennials without kids. In breaking down the needs of each group, defining the opportunities, and why both groups had these needs, they could form a human to human connection.

For Millennials with kids, the Calgary Public Library re-designed a father/son story-time that took the traditional story time and transformed it into a interactive story time, where the focus wasn’t on the story and librarian, but on the parent/child interaction. Although the librarian interaction decreased, they were still there to facilitate the interaction and had a positive response in return. For Millennials without kids, the Calgary Public Library identified the need as a space for Millennials to explore and create, or discover careers with purpose. For this, they re-designed a library space to incorporate more open-space areas similar to a cafe, with social seating that made it easier to interact. They also began hosting programming that was geared at providing Millennial experiences like lock-ins, and partnered with expert groups that specialized in programming for the Millennial generation.

What struck me most from this session was how the Calgary Public Library strove to empathize and understand this group in order to provide better service to them. They were able to make a connection with a group, thereby drawing in other generational groups interested in what the library offers. Most importantly, Flowers reminded us that although research is important, we should strive to look for the opportunities to interact with the groups within our own cities to understand the needs of our communities, as they might not all be the same.