The Dangers of Micromanagement 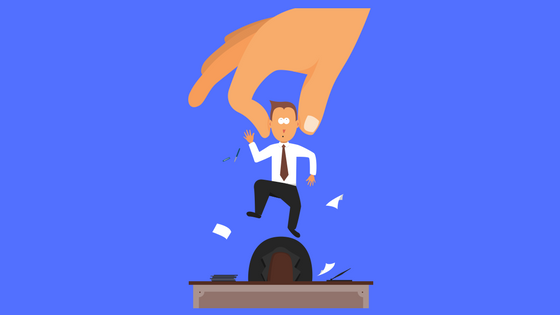 If you’ve worked in a library for any considerable amount of time, chances are you’ve experienced micromanagement on some level. A recent Library Journal article by Steven Bell identifies this as a common problem in our field, going so far as to call it a “plague.”

I’ve experienced micromanagement at various points in my career, both in and out of libraries. At two workplaces in particular, it was so severe that I became miserable enough to change jobs. Unfortunately, from speaking to other librarians, my situation was not unique.

One colleague, who wishes to remain anonymous, worked for a library in which all employees were required to submit a weekly write-up to management detailing what they worked on each day. In this case, the supervisor was unwilling to write up one particular employee for performance issues; as a result, the entire team had to suffer. This killed morale. The librarian notes, “the slackers resented having to work, [and] the workers resented being treated like children.”

Another librarian shared a story of a workplace in which all emails had to pass a supervisor’s approval before being sent, and office supplies were not permitted on service desks. Yet another, a children’s librarian, was forced to submit a write-up of every single program she planned to her manager. “I had never  felt so criticized and scrutinized for a job I knew how to do well,” she said. The experience was so poor that she left public libraries as a result.

Clearly, something needs to change. At the worst, micromanagement causes an organization to outright lose important talent. At the best, according to Bell, it erodes trust and can turn a workplace toxic over time. This perceived lack of trust can also prove detrimental to an employee’s psyche. For example, a micromanager at my previous job forced me to question my worth as a librarian so much that I felt fearful at my new job for months after starting. Of course, these fears turned out to be unwarranted, but do we as a profession really want to make our workers feel this way, especially in the age of increasing imposter syndrome?

As a field, how do we overcome this habit? It starts with supervisors taking a hard look at their actions and admitting whether they are micromanagers. This means kicking the habit of thinking nothing can be accomplished without them. Bell recommends creating a to-do list of departmental or library-wide responsibilities, and determining what can be delegated to other staff. Once a task has been assigned, the manager should clarify when his or her direct involvement is needed, and leave the rest to be handled on its own.1 Additionally, micromanagers should focus on simply telling their reports what needs to be done, as opposed to how to do it.

Although difficult, it’s not impossible to overcome a habit of micromanagement. The benefits of doing so – improved morale, productivity, and employee retention – are incredible.

Have you been micromanaged in a library? How did you handle it?