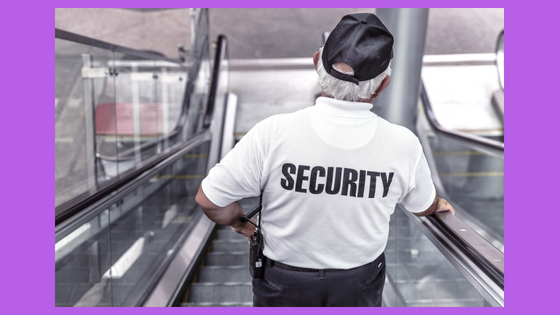 We have all experienced the public’s perception that libraries are quiet peaceful places, in which staff merely sit around and read.  This idyllic image is frequently presumed about my library as we are relatively small and rural.  Although we have had some significant incidents, such as the elderly gentlemen who drove his car six feet into our building, these are infrequent and we are thankful that we do not often experiences the challenges that some of our more urban colleagues face daily. Still, we are not immune.

We have had the disgruntled patron who bellows about the perceived injustice.  We have had those disengaged from the reality around them. I’ve been yelled at and called names by young men, angry at whatever rule I was trying to enforce. I’ve cajoled and threatened to get the unruly patron to behave appropriately or leave. While I do not enjoy this aspect of our work, it rarely bothers me.

In the past month, however, I had a new experience.  A young male patron locked himself in our public rest room. This alone would be a little odd, but not notable. The difference in this case, was when after thirty minutes passed and I went to knock and inquire on his wellness, he growled at me. This exchange occurred three times.  Each successive growl was more fierce sounding then the one’s before it.

I was at a loss. A growl hardly seemed justification to call the police; no law was being challenged nor even library policy. Still, this response to simple questions, “are you alright?” was shockingly chilling.

Thankfully, our growler soon left both the restroom and the building. We reported the incident to our local police, noting we were doing so, only because it was odd.  I was glad that I did. Despite our very sketchy physical description, the police knew the individual instantly. In this case, we learned that our growler was visiting neighbor libraries and did have a criminal history. He is a juvenile, so information is limited, as is our recourse. We received the generally unhelpful advice to ‘keep an eye on him’ and intercede if he approached children. An ominous request.

All in all, while the incident was unsettling and made the library’s staff nervous, our growler did not and has not actually violated any library or town policy or law. The situation did however, prompt us to review all our security measures and posting of emergency phone numbers. It has also prompted me to spend a great deal more time considering our limited protective options.

Having worked in city libraries where police are local and security guards are on staff, I know that not all are in the same position as we are. While urban problems are often more severe, in our circumstance, our police station is 20 miles away and we operate with few neighbors and an all female staff. Our incidents are thankfully few and far between, thus there is no justification or budget to hire security.  Still, how to keep staff safe and feeling secure?

At this writing, we have posted the police’s dispatch number in various locations along with several town employees who have offered to come hang out should any of us feel uncomfortable and want a more intimidating presence. Some have suggested staff carrying pepper spray in the building. I am not comfortable with any of these options, but what to do?