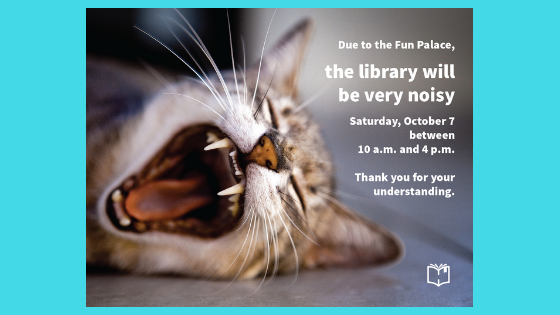 On October 7, 2017, the Huntington City-Township Public Library became the first public library in the United States to host a Fun Palace. During the weekend, the library was filled with activities led by community members. At different stations inside and outside the library building, you could learn how to start your family tree, paint like Jackson Pollock, discover Dungeons & Dragons, ballet, ride a bike, cross-stritch, hula dance, stretch your body, decorate cakes, paint rocks, and much, much more. According to Devon Henderson, the library “ended up with 68 volunteers, 24 unique activity stations and over 500 in attendance.” 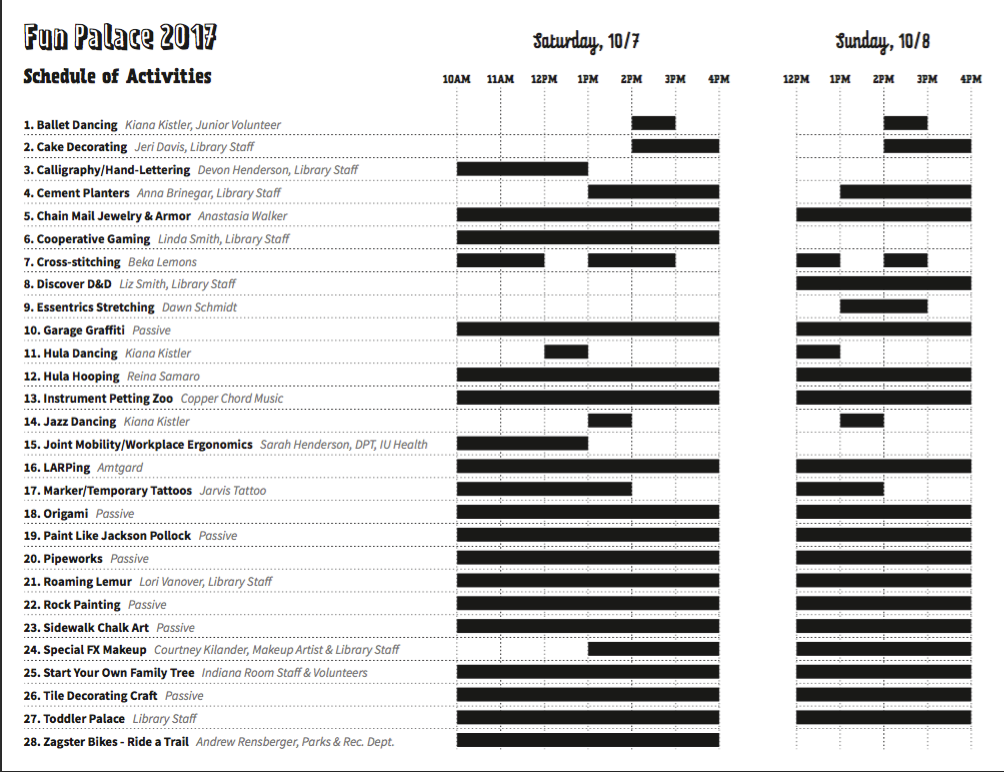 History of Fun Palaces in Libraries
Let’s back up. Where did this idea come from? In the 1960s, people in the British theater world developed the concept, but it was not until 2014 that the idea came to fruition, when venues as diverse as the Royal Shakespeare Company and a Canadian Radio Station opened their doors the first weekend of October for a pop-up, laboratory of fun in which community members shared the activities they love to do with other community members.

Since then, Fun Palaces have become a “worldwide campaign for culture made by your community, for your community.” Every year the number of venues that participate in the weekend of action — which takes place the first weekend of October — has grown, and from the beginning public libraries have been key participants. In 2014, Britain’s Gladstone’s Library offered a Fun Palace, and they found that “every single person [who participated] was new to the library.” Fun Palaces pull people in to engage with libraries in new and exciting ways.

One of the best parts of Fun Palaces are the unexpected discoveries that arise when so many creative people share so many passions all at once in one place. For instance, in 2017 Mark Heaton, who works at Rotherham Libraries in England, tweeted a picture of someone learning Martial Arts at the library with the caption “Didn’t expect to see this in a library! #FunPalaces.”

Bolstered by success stories like these, libraries have enthusiastically joined the Fun Palaces movement. Indeed, in 2017, 54.97% of the 362 Fun Palaces offered worldwide took place in libraries. Writing in CILIP Update, the British equevalent of Public Libraries, Matt Finch writes that “Libraries are inspirational spaces where people can experiment creatively and engage with knowledge, culture and self-directed learning,” thus making them the perfect setting for Fun Palaces.

In 2016, Stella Duffy, the co-director of Fun Palaces (a not-for-profit Unincorporated Association, hosted by The Albany, Deptford), gave a keynote on the movement for the Society of Chief Librarians in England. She said that talking with librarians about Fun Palaces “made a massive difference to libraries taking us on.” At first, some libraries in the U.K. were wary of the staffing obligations associated with this program, but after they saw the impacts that Fun Palaces were having in libraries, and how much support they received from Duffy and the resources she and her staff have put together, even more libraries got involved in the movement.

Something Old, Something New: Fun Palaces Come to U.S. Libraries
Nevertheless, it was not until 2017 that Fun Palaces finally made their way to the United States, when the director of the Huntington City-Township Public Library heard about Fun Palaces in an email newsletter from the American Library Association that mentioned Fun Palaces in passing. Piqued by the idea, the library director researched Fun Palaces, and, according to Henderson, “determined that we be the first library in the US to host a Fun Palace, and off we went!”

The library’s Assistant Director of Library Services, Jessi Brown, wrote in the wrap-up report of the U.S.’s first library-hosted Fun Palace that: “It allows us to be seen as a space for art, for science, for learning new things and excitement. Fun Palaces are important for my community because it allows them to share their passion, and perhaps find someone to share that passion with that they might not have ever found. It allows them to take a risk and try something new and no cost to them. And, it allows people to experience something that they might not ever have experienced because of a lack of someone in their life to teach it.”

Learn What Programs Your Community Wants
In addition to these community benefits, Fun Palaces can also be very helpful for libraries seeking to discover what types of programs their communities want. In Huntington, the library found that the Dungeons & Dragons, calligraphy, and chain-mail jewelery booths “were mobbed all day, each day,” according to Henderson. The library already knew that their community had a big kindness rocks following, so the library made sure they had a station where people could come and paint rocks. “As best we could, if we saw a desire to learn or do something in the community, we tried to set up a station for it (or, failing that, a program at a later date),” Henderson said. 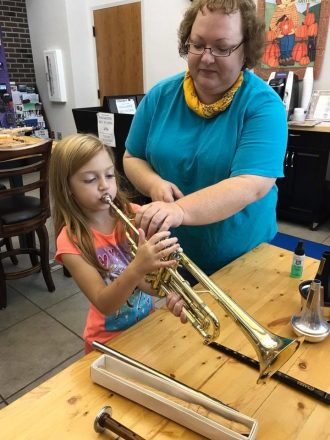 Somewhat surprisingly, though, the library found that they did not have to invest an inordinate amount of time in planning the event. Henderson stated that “we spread word around the community around August that we’d be hosting it, and that we were seeking volunteers from the community to lead sessions during the two day festival,” and many people stepped forward to share their skills.

Bring the Fun Palace Idea to Your Library

Despite a massive building renovating beginning at the end of August, the Huntington City-Township Public Library is definitely doing another Fun Palace during October 2018’s Weekend of Action (October 6 and 7). In early August the library sent around a press release asking community members “Do you have a talent, hobby, or passion that you would like to share with others [at the library’s Fun Palace]?” Follow them on social media to see how their second Fun Palace develops and get inspired to try this idea at your library! The library has also shared a great deal of planning and marketing materials, as well as photographs, of its first Fun Palace on Facebook. In addition, the Fun Palaces organization, based in the United Kingdom, has put together an incredible amount of advocacy and logistical tools that can be used by any organization wishing to host a Fun Palace. Their website contains annual reports, films, and pretty much everything you need to get started offering Fun Palaces at your library. 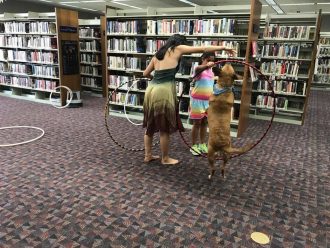 It may be too late for your library to join Huntington City-Township Public Library and host a Fun Palace in 2018, but it’s not too early to start planning for 2019!