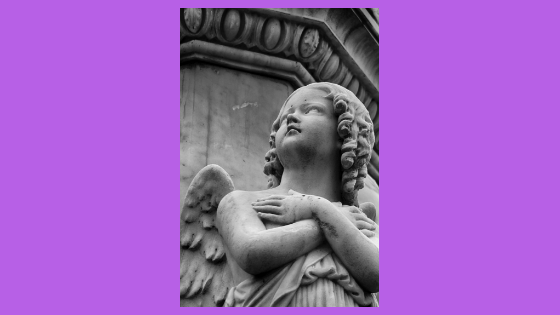 For a little over a year, a local interfaith nonprofit in my area has been producing a program titled, “Honest Conversations with Our Muslim Neighbors” at local libraries. The content of this program allows attendees to anonymously ask questions of representatives from the Muslim community in order to start a dialogue. The program was one of the most successful the library has ever featured. In fact, on the evening of the program many attendees asked if I would run more programs in kind. The only negative comment received challenged if I was going to do programming on other religions too. All of this got me thinking, and I decided that, yes, yes I would!

I began by speaking with staff about religious faiths that they would like to know about or which we knew nothing about. We asked ourselves what don’t we know or believe others don’t know.  As a result, I put together a three program series. The first session featured a local Wiccan who runs a small store and teaches classes at the local community college.  For the second, we partnered with the local nonprofit again for a program on  Baha’i and Sikh faiths and for the last, I have sought out different Christian groups to explain denominational differences.

Within a few weeks, the Wiccan program registration reached capacity. I also heard through the grapevine that the local politicians were concerned. The rumor mill told me that at least some did not think religion belonged in the library.  I agree completely. The challenge to our programs did not come to fruition. In some ways, I find this a shame, as it would have been a good ‘teachable moment’ as they say in education.

First, one must point out that many libraries do in fact include a lot of religion, almost all of it Christian. Many offer Christmas  and Easter programs. They put up Christmas tree displays and have the Santa Claus come visit. Others sponsor Easter Egg Hunts and feature a poor soul in a bunny suit. My library does not, but religion does dictate some of our holidays. I believe most  libraries close on December 24 and 25 and many on Good Friday, though we do not for any other religious holidays.

Second, it is important to note that our planned programs on religion do not involve any proselytizing. It is not solicitations for funding, recruiting, or converting. These programs are for educational purposes only.

This raises an important distinction. While the series is on the topic of religion, we are not engaging in religious programming, but theological programming. That is, we are pursuing an academic discourse on the nature of belief in the divine and the various rituals that might display this belief for particular groups.

I truly believe it is education, communication, and open discussion that will make our world a better place. While I do not relish any kind of ‘challenge issue,’ I still wish I had opportunity to explain religion is to theology as salaries are to financial planning. We can talk about things without treading on personal toes. There are many weighty topics for which this is needed. I have always heard one should never discuss religion or money, yet libraries have been running financial programs for years, maybe it’s time for us to offer theological programs as well.