The Opioid Crisis and Administering Narcan in Libraries 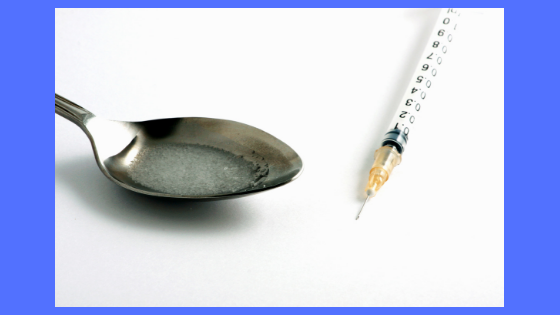 When the general public think of public libraries, they typically think of them as a place to check out books, access Wi-Fi, use public computers, or study for an upcoming exam. Most people employed outside of public libraries innocently, but naively, believe that a job in a public library is one in which the job is easy and the environment is one of constant tranquility. To be candid, this common misconception about libraries and their employees may be the case in some libraries but is almost never the case in many urban libraries.

Take the McPherson Square Library located in the Philadelphia neighborhood of Kensington, for example. The Kensington neighborhood has become a hub for heroin use. In 2016, Getty reported of Kensington that “people come from throughout the city and some as far away as the Midwest, for heroin that is remarkably cheap and pure.”1 The opioid crisis in our country is no longer confined to dark alleys or areas beneath bridges and overpasses. This unfortunate tragedy has found its way into public libraries and many public librarians across the country are now trained to administer Naloxone, “a medication designed to rapidly reverse opioid overdose.”2 Make no mistake about it, the library staff at the McPherson library is saving lives and they are proud of their lifesaving work and dedication to their community. I reached out to the McPherson Square Library and had the pleasure of speaking to Marion Parkinson, who is the Cluster Leader of North Philadelphia Neighborhood Libraries. After some productive discussion, Judi Moore, the McPherson Square Library Branch Head, agreed to answer questions for this interview about her public library and the opioid crisis affecting her library’s community.

PL: When did McPherson Library realize there was a serious drug problem that librarians would need to address?

JM: McPherson Library is located in an urban neighborhood that has long had a drug problem. However, we realized that the situation had seriously escalated in the summer of 2016 when what we came to call “drug tourists” set up an encampment in the park where we are located. A drug tourist is a person from out of the city, and often from another state, who has come to Kensington (the name of our section of Philadelphia) to get drugs. According to our contacts at Prevention Point Philadelphia (a needle exchange / harm reduction program) our section of Philadelphia has the “best” drugs in the country.  Best drugs = purest, cheapest. We began to have overdoses about once a month in the library, especially in the bathroom. We saw an increased number of discarded needles all over the park. We saw many overdoses in the park.  On one occasion, the park attendant had to call 911 five times during his five hour shift. Tensions increased when teens and children from the neighborhood began confronting the drug users because they were angry about the users taking over their park. This is when we began asking the city for help.

PL: Libraries are a safe haven and commons to all. Given the opioid crisis affecting your community, and this country, do you think this is a good thing or bad thing?

JM: I think it is a great thing for an urban community like this one to have a library that serves as a safe haven and community center for the children and families.  Fortunately the city administration believes the same thing, and has taken steps to make the park and library safe for the community.  I think it is unfortunate that drug users also think libraries (and their bathrooms) are safe places to use drugs.

PL: How does administering Naloxone (Narcan) to someone who has overdosed make you and/or other library staff feel?

JM: I have not yet had to do this.  However, I can tell you about the horror of seeing an overdose victim literally dying right before your eyes, knowing that there is something that could save his life, but you don’t have it and don’t know how to use it. This happened to us, and it’s why we asked for Narcan (Naloxone) training.

PL: Have library employees resigned due to the constraints of the job at McPherson?

JM: No. All of the employees who have taken Narcan training have volunteered to take it. No one was forced or cajoled into it. All but one of my staff chose to take the training. We recognize that employees have different strengths. When we had overdoses we knew which staff members were comfortable helping the victim, and which ones were better off doing a job like herding children away from the scene.

PL: Do you ever feel like quitting? Why or why not?

JM: No, I love my library kids and the community, even with all its problems.

PL: How many lives has the library saved by administering Naloxone?

JM: Chera has saved six. (Chera Kowalski is a public librarian featured in many news stories and TEDMED who discusses the Kensington community and what it is like to administer Naloxone). You can find her video on TEDMED here: https://www.tedmed.com/talks/show?id=691192

PL: Finally, how has the community (community leaders and community members) responded to the opioid crisis?

Philadelphia city government has been trying to address the opioid crisis. The mayor is really trying to address the problem. The city did an in-depth study of the problem. They are investigating the possibility of safe injection sites, where users would inject their drugs out of sight of children, use clean needles, have their lives saved if they overdosed, and get social services that would get them into addiction treatment. In our local community we have formed an action committee consisting of the library, the needle exchange program, some community nonprofits, and some churches. That is the good news.

The bad news is that the residents of the neighborhood around the library feel very frustrated that the drug tourists are ruining their neighborhood. The residents are generally poor people who don’t feel empowered, and who cannot afford to move away. Having these users, who were for the most part formerly suburban, middle-class people, asking for money, living under bridges, and throwing needles and other waste all over the neighborhood creates tension between the community residents and the users. I feel very sad for the residents, especially the older people who are having their lives ruined by this crisis, and who fear for their safety. We know that addiction is a terrible illness, but we also understand why the residents feel resentment at the outsiders bringing this problem to their doorsteps.