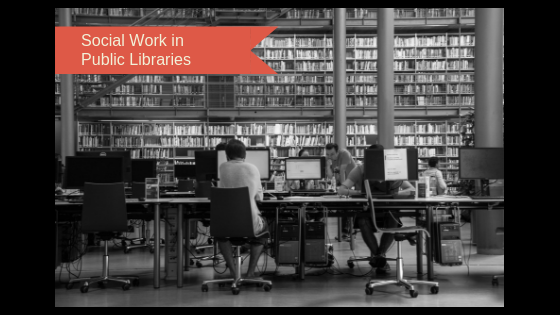 Incident report writing can be intimidating. Something big has happened at the library, and now you have to document it so that staff across your entire system can access the report. And someday your report might even be pulled in a records request for use in court? Talk about pressure!

Library work, and by extension incident report writing, is working with people. Whenever we write or talk about others, we want to remember that we’re discussing people—human beings who have hopes and dreams and fears and families and friends. Being mindful of the person at the center of an incident can help ensure that we convey the appropriate information.

Sometimes we need to write a description of how someone looks so that our colleagues will be able to recognize that person later. If you do this, be mindful of the way you describe them; we often only point out characteristics of people who present differently than the majority. For example, we might describe someone’s race if they appear to be African-American, where not mentioning someone’s race means they are understood to be white. In an ideal situation, a person would share their racial identity with you, so you wouldn’t have to choose their racial category for them. When I don’t have this luxury, I use statements like “they present as” or “they appear to be” to convey the information so I don’t definitively say “They are [this race]!” I include uncertainty because I can’t know someone’s racial identity at a glance.

When we describe other people, we have a lot of power to paint the picture of how they present; however, incident reports are not the place for flowery descriptions. We want to be as concise and neutral as possible. If someone’s smell is causing other patrons to move away from them, I might say they are “malodorous” or “exhibiting poor hygiene, based on body odor” instead of using words like “stinky” or “smelly.” Basically, I try to use the most cold, clinical, or boring language that I can.

Describing someone’s behavior is crucial to effective incident report writing. Instead of saying “they were a real jerk,” you convey more valuable information by reporting “they said my hair was ‘ugly’ and then knocked over a shelf of DVDs.” This way, you are not name-calling and are providing a much clearer picture of what actually happened. I like to use the idea of “rolling back the tape”—if there had been a camera recording the incident, would the video corroborate what I reported? It can’t show that they were a jerk, but it would have captured the behaviors I described. Similarly, using direct quotes can be valuable, as it allows you to document what was actually said (make sure to use quotation marks around colorful language to clearly indicate who said what).

We also don’t want to diagnose or label people. If someone is talking to themselves or pacing and gesturing, describe what you see—saying they are “mentally ill” or guessing at a specific diagnosis isn’t helpful and may not be accurate. Before coming to the library, I spent years doing psychiatric assessments. In order to diagnose someone, I would spend long sessions getting to know them and reviewing their records—after all that, the diagnosis I assigned was still only provisional.  Now if I read that someone is “mentally ill,” I do not know what that means, in part because it could refer to anything from social anxiety to schizophrenia. In incident reports, we want to know what happened, not what we think might be happening for someone.

Where this comes up most often is in a patron’s housing status. We often feel compelled to include that a particular patron might be experiencing homelessness. My question in those cases is this: is housing status relevant to the interaction? The answer is almost always no. It would be bizarre to write something like this: “Debra, who I believe lives in a condo, was asked by staff to lower the volume on her computer.” The important information for the report is the behavior happening in the moment, not where they might go after the library closes. When we mention assumed homelessness in a report, we are likely relying on stereotypes to be descriptive for us. Having worked with thousands of people who have experienced homelessness, I can tell you that there are thousands of ways to be and behave while homeless.

Once I have written a report, I reread it to make sure I’ve been fair. Did I describe the behavior instead of making assumptions and labeling? Can I ‘roll back the tape’ to verify what happened? Most importantly, I ask myself if I could shake the patron’s hand, look them in the eye, and tell them what I’ve written. I want my report to reflect that the patron had a bad day as opposed to being a bad person. At the library, we want everyone to be able to try again tomorrow.