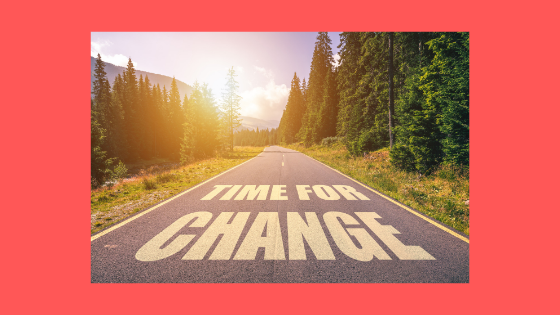 by Melanie A. Lyttle and Shawn D. Walsh

We recently took part in a Facebook Group discussion about how and when to make big changes when you are new to a library job. The responses from the group offered conflicting advice. The advice that we have heard many times in the past is that generally you shouldn’t make any big changes in a job for at least the first year. However that seems too simplistic an answer to be applied in all situations. Here are some situations in which you might want to go ahead and make those big changes.

Change Agent
If you were hired as a change agent by upper management or a library board, the expectation may be that you will be making changes rather quickly. This is a tricky mandate because you do want to make sure you have an understanding of what you are supposed to change and by what date the change is expected. Hopefully the change is also being achieved while having quite a bit of dialogue back and forth with the staff that needs to change and the people in charge who are expecting it. Otherwise this puts the change agent in a tenuous position. That person becomes the “bad guy” when in fact that may not be the case at all. Those needing to change become more entrenched in their habits or ideas out of spite without trying to understand why the change is being enacted.

Good Suggestions from Colleagues
You have just taken a new job, and now your new colleagues are coming to you with suggestions of things they would like to see changed. This could seem like a big surprise to you depending on what knowledge you have of your predecessor. Was this a person who didn’t value staff input? In that case, you may have a staff bursting with things to suggest that really could make the work flow and work environment more productive and successful. If it makes sense and you can make the changes immediately it could result in a sharp increase in staff morale.

Hired to Fix a Problem
If you have inherited a problem, letting it continue to grow while taking a year to observe and learn may not be an effective solution to the problem. More often than not these days, new hires inherit some kind of challenge. Often it is budgetary but sometimes it can be personnel. The best advice is to seek guidance from either a supervisor or the library board as to how they hope the situation can be handled. However, in the case of a budgetary shortfall, changes may need to happen immediately. Making clear decisions based on clear criteria will be easier to defend to stakeholders than making cuts on a whim.

We aren’t saying you have to make a ton of changes in a new job immediately but we believe it is not necessary to wait until your first anniversary to enact some changes. You were hired because someone thought you would do a great job in the role. Be open minded, observe what’s happening, and do what you think is in the best interest of the library.