Go Make Something Great Happen: Jason Barron on How Doodling Helped Get His MBA 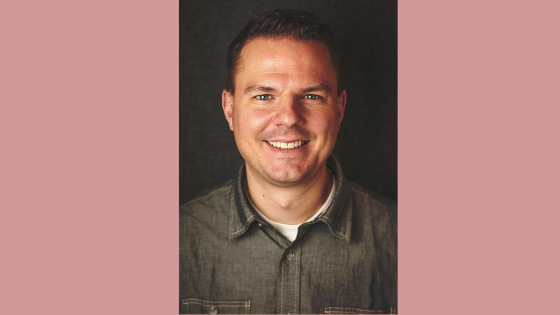 Jason Barron combined entrepreneurial skills with artistic panache to create The Visual MBA: Two Years of Business School Packed into One Priceless Book of Pure Awesomeness. Barron used sketchnotes, a visual note-taking process, to retain information in his MBA program at Brigham Young University. The result turned to be so popular with professors and students alike that Barron turned the notes into a book, first through an incredibly successful Kickstarter campaign and then through a publisher. The book is designed for anyone with a passing interest in the business world, and Barron’s lively illustrations make the most complex principle accessible to the lay person. Booklist raved about The Visual MBA, noting that “readers thinking about applying to MBA programs will find it useful, as will those interested in visually exploring complex topics like strategic HR management, managerial accounting, and business negotiations.” Barron spoke with Brendan Dowling via telephone on April 24th, 2019.

The illustrations in the book are so fun and make a seemingly daunting topic very accessible. Can you talk about what sketchnotes are?

Sketchnotes are in essence taking what you’re learning and putting it on paper visually. Rather than taking linear notes, where you’re listening to what the professor is saying and capturing the information as text, you’re drawing it as pictures. It really helps you with retention and to stay engaged with the content. There’s a great book by Mike Rohde called The Sketchnote Handbook, which I highly recommend to anyone who’s interested in starting sketchnoting. It’s a great introduction to what sketchnotes are and how you can get involved. The one thing I would say too is everyone I talk to about sketchnotes says, “I’m not an artist. I can’t do this.” You don’t have to be. Even if you can’t draw, the act of visually capturing what you’re learning is so important. You hear a lot in a lecture, and you’re able to say, “How can I synthesize that? How can I boil it down and create something that represents this topic or idea visually?”

Did you have a background in art before sketchnotes?

I’ve always loved art and design. I grew up in Massachusetts and I took some art classes at the Rhode Island School of Design in high school. My undergraduate degree is a Bachelor of Arts with an emphasis in Multimedia and Design. I’ve always been doodling and drawing. If I’m sitting at a meeting or just passing the time, I’ll doodle.

A friend of mine introduced me to sketchnotes a number of years ago. I tried it at some conferences and I loved the ability it gave me to recall the concepts later. When I thought about my MBA, I thought, “There’s probably no one crazy enough who’s ever tried to sketchnote an entire MBA program.” So I thought, “I’m going to give it a shot.” I started doing it in class and people had a huge interest in it. I was so surprised by the interest of my fellow students and classmates in watching me draw. They would say, “When you’re done with this program, I want a copy of all your sketch notes.” (laughs)

So that’s when you realized there might be a bigger interest in this as a book?

Exactly. In the process, I created some prototypes. Each chapter is a class. So the first chapter, I printed off off the sketch notes on printer paper, glued them together, brought them to class, and said, “What do you think if this was in a book?” I got feedback from people and there was great interest in it. As I talked to other people outside of the class, it became apparent that others would potentially have an interest in this as well. That’s where the motivation sparked to see this idea through.

What were your professors’ reactions to the sketchnotes?

They loved them. As they saw them, they were really impressed with what they looked like. It was actually great showing them. Some professors were like, “Hey this is awesome, but can you add this one thing from our lectures? I’d really like people to remember that.” They definitely thought it was a unique thing. They hadn’t seen that before in a class.

The book started as a Kickstarter campaign. Can you talk about how you brought it through the campaign to getting it published?

When I was looking at this and getting feedback from my classmates, I knew I wanted to print enough for my class. I called a printer and asked them for cost, and they said, “If we know how many you’re going to order, it’s a lot cheaper to do it in bulk. Why don’t you consider doing a Kickstarter?” I hadn’t thought about that and I’m so grateful for that printer suggesting it. (laughs)

I did the Kickstarter. I had a video where my kids talked about how you’re not supposed to doodle in class, and this idea of how their dad doodles and they’re more responsible than I am. It was just really fun. I put a goal together for $7,000 and I was hoping I would raise enough to cover the printing cost. I was just blown away. Within forty-eight hours, Kickstarter had labeled it as a Project We Love, which is a coveted designation on Kickstarter and means they’ll promote it more. It was fully funded within a few days, and then by the end of the twenty-eight days, it had raised over a thousand percent from over forty countries. I was just completely blown away by the level of interest and support in this book.

You write in the book about how business school might not be for everybody. Who would you think is the ideal audience for the book?

I feel like it’s for people who have some kind of interest in business. When the Kickstarter campaign was over, I needed to get people’s information, so I sent out a survey to get their address but also to ask them, “Why are you interested in this book? What motivated you to back it?” I was surprised by the variety of responses. Some people were small business owners. Some people worked in large organizations or they led teams and wanted to share it with their teams. There were also people who had been in an MBA program and wanted to remember some concepts, people who had been thinking about an MBA, and people who weren’t considering an MBA but wanted to know some business principles. I would say the book is definitely for anyone who has an interest in business—whether it’s to start their own business, become a more effective leader, make sure they’re hiring the right people, or want to come up with ideas rapidly and validate them with users. That’s really the target, those people who have that entrepreneurial spirit and want to start something. I’ve always had the feeling that this book is for people who want to take action. It’s a book that’s an awesome reference, where they can pick it up, reference it, and then go make something great happen.