Librarians Respond to Humanitarian Crisis at the Border 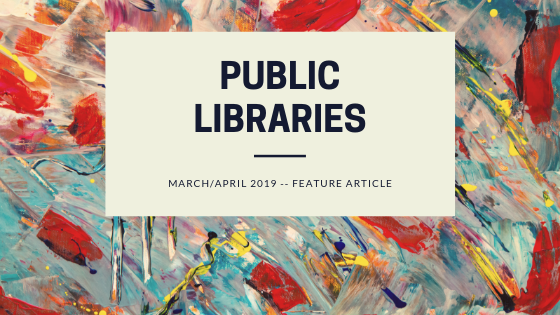 Librarians Oralia Garza de Cortés and Lucía González first raised their voices at the 2014 REFORMA meeting held during the American Library Association’s (ALA) Annual Conference in Las Vegas, challenging fellow
librarians to do something to help the thousands of unaccompanied children and youth who were arriving from Central America and were being detained at the southern border.

Five years later, REFORMA members continue to be outraged by the immorality of continued detainment and imprisonment of children who seek asylum and yet are denied the most basic of human rights. Still, the vast network of volunteers working within this project continue looking for new partners and buying, preparing, and delivering Spanish-language books to the recently detained Central American children.

The children, mostly Central American youth, continue to flee violence and persecution at the hands of gangs and corrupt government forces in their home countries. The U.S. government has detained tens of thousands of young people over the past few years and yet the numbers of youth and families fleeing for their lives continues. According to the Washington Post, a record 107,212 “family units” were apprehended in fiscal year 2018,
surpassing the record 77,887 family units detained in fiscal year
2016.[1]

The REFORMA Children in Crisis (CIC) project began its first book delivery in September 2014, when Silvia Cisneros, then President of REFORMA, traveled to McAllen (TX) excited to be able to conduct a preapproved storytime and free book distribution of books in Spanish for each child under detention. Upon arrival, she quickly discovered that there would be no storytime, and was told that she could leave the donation box at the front entrance. Undeterred, she turned to Sister Norma Pimentel of Catholic Charities. There, she witnessed an emotional moment when the first refugee child signed a bookplate to claim the book that would accompany the child on their journey to be reunited with family here in the U.S. In addition to the bookplate that is affixed to the books the International Board on Books for Young People (IBBY) has provided a library card flyer that is inserted to ensure new immigrants are made aware of the public library system and all it can offer.

From there, CIC began planning a strategy that would allow us to reach out to detention centers in Texas and shelters in California. Along the way, we have been joined by organizations and individuals committed to serving the most vulnerable children. Thanks to generous grants from IBBY, the Association for Library Service to Children (ALSC), and the Believe in Reading Foundation, the Children in Crisis project has purchased and continues to deliver books to various shelters and facilities across the country as well as caravan arrivals in Mexico.

In 2015, an impressive delegation of twenty representatives from both REFORMA and IBBY met at the U.S.-Mexico border in McAllen for a fact-finding mission. The group was able to donate books to children detained under Immigration and Customs Enforcement (ICE) as well as to other immigrant child advocates including Pimentel, operating the Humanitarian Respite Center out of Sacred Heart Catholic Church in McAllen, the Nueva Esperanza Southwest Key Shelter in Brownsville, and the Brownsville Public Library. We also met with representatives from the ProBAR Children’s Project, a pro-bono immigration legal group, to get a better picture of the situation on the ground at the time.

Over the course of this effort, we have established strong connections with nonprofit organizations such as Southwest Key and Kids in Need of Defense (KIND), a nationwide, pro-bono, immigrant legal defense program. The KIND connection began with the newest REFORMA Chapter, REFORMA del Valle Central in Fresno (CA), but has since expanded to New York, New Jersey, San Francisco, Los Angeles, and beyond. We also work with other legal offices like Casa Cornelia Law Center in San Diego and with lawyers such as Virginia Raymond in Austin (TX), who provide books to the children and families visiting these legal offices as part of their immigration process.

KIND in Fresno organizes resource fairs for immigrant children and their caregivers where the local REFORMA chapter joins with other community organizations to provide books for the entire family. Additionally, the Orange County Chapter, the Los Angeles Chapter, the LIBROS San Diego Chapter, the El Paso Chapter, the New Mexico Chapter, the San Antonio Chapter, the Corazon de Tejas Chapter in Austin (TX), the Northeast Chapter, the Florida Chapter, and many individual Reformistas have created strong links with the Southwest Key Shelters, the Crittenton Shelters, Catholic Charities, the Rapid Response Network and the Phoenix Restoration Center.

We continue to reach out to more shelters and shelter staff to connect them to their local libraries so that detained children can share in the joys of storytimes, arts and crafts, and other fun learning experiences while awaiting their reunification with family.

Since 2015, librarian Ady Huertas of the San Diego Public Library has worked tirelessly with the local shelters, providing library visits, crafts, book donations, summer reading programs, and a wide range of other support. “Although it may take some time to connect and be able to go into the shelters or bring them out, it’s worth giving it a try,” Huertas said. “Once you establish that trust and relationship, you can continue to be able to serve these youth. Keep persisting, because it’s worth it, and it’s important.”[2]

Recently the REFORMA CIC project expanded its work into Arizona, delivering a donation of books to a detention shelter in Tucson. We have also worked collaboratively with nonprofit organizations throughout the country with similar concerns. When the Philadelphia-based Mighty Writers encountered the dilemma of being denied the ability to donate hundreds of beautiful Spanish-language children’s books that they had collected specifically to give to the detained children, REFORMA reached out to them to help. We were able to facilitate the transfer of the books from their offices in Philadelphia to the El Paso Chapter in Texas which distributed the books to their local shelters.

REFORMA CIC project’s visibility has been present at major events and conferences, such as the 2018 ALA Annual Conference in New Orleans, with the intent of informing librarians of the humanitarian crisis at the border and urging them to reach out to immigrant families or work with other established immigration support groups. One such program at the ALA conference (“Central American Connections”) included a panel featuring the renowned Salvadoran author and founder of the Library of Dreams in El Salvador, Jorge Argueta; Bill Cartwright from Riecken Community Libraries, which has more than sixty libraries in Guatemala and Honduras; and Jenny Lizarraga from Cinco Books. They provided us with a unique perspective on the library situation in Central America and provided opportunities for public librarians to help in Central America.

More recently, at the Guadalajara Book Fair we purchased books that were shipped via IBBY directly to the Central American youth who were waiting for entry into the U.S. at the Tijuana border. Additionally, members of the San Diego and the REFORMA del Valle Central Chapters traveled to a Tijuana shelter to donate books and to participate in craft activities with the children arriving from the south where they await entry into the U.S. to pursue their immigration cases.

In 2019, librarians have hit the ground running, delivering books to multiple sites in the Phoenix area, ensuring that young, detained asylum seekers there and those traveling to be reunited with family also receive books to accompany them, and that they understand the help that public libraries can provide. With a recent, generous grant from the Believe in Reading Foundation, we will continue to expand our efforts to provide books to the large caravans of children that continue to arrive at the southern border and to wherever the detained children are house once they have crossed the border. Over these past five years, we have received generous grants and individual donations, from dedicated Spanish-language vendors who have provided us with direct donations, steep discounts, or waived the shipping costs. Linda Goodman, the legendary founder of Bilingual Publications, was our first and strongest donor, along with generous donations of books in Spanish over the past years from TOMO Books and Cinco Books and many others that are highlighted on the CIC webpage. Cortés and I serve as co-chairs of the
CIC project. Sandra Rios Balderrama serves as social media coordinator, bringing increased visibility to our work and uncovering many opportunities for working with local community organizations.

However, the key players in all this work are the REFORMA members who work either through their chapters or with other librarians, alerting us to and responding to the needs on the ground. We thank our many supporters of the REFORMA CIC project. We are all volunteers and all funds that we receive are used for book purchases and shipment costs only. If your library would like to work with the REFORMA CIC project to get books into the hands of the Central American immigrant children, whether via a local law
office, a resource fair, a shelter, detention center, bus station, or at your local library, or if your library is interested in support from CIC for your immigration outreach to the Central American children and their
families, please visit our webpage listed below or send us an email.

It was a particularly devastating time for migrants and refugees when the
Trump administration instituted its “zero tolerance” immigration policy at the border, essentially doubling down on immigrant arrests and pulling children from their parents’ arms. The fear and havoc created as a result of separating families at the border caused severe trauma and separation anxiety among the affected children. As we stand at that crossroad in American life now, where we feel the ground we stand on is eroding beneath us, we turn to that giant Lady Liberty and ponder the symbolism of her words:
Give me your tired, your poor,
Your huddled masses yearning to
breathe free,
The wretched refuse of your teeming
shore.
Send these, the homeless, tempest-tost
to me,
I lift my lamp beside the golden door!3
The librarians on the front lines who
do this work lift their lamps daily to
today’s refugee children, providing them
light in troubled times, and a book that
will accompany them through that golden
door.

What You Can Do
1. Meet with nonprofit organizations in your community who are working with immigrant families. Offer to set up a small feria de libro (library book fair) where children can browse and discover books that they would want to read. Give them free tickets to la hora de cuentos (storytime) followed by a small craft activity that is story-related that the children can take home with them. Make sure they take their free book with them.
2. Hold an immigrant rights forum at the public library. Invite attorneys from immigrant rights organizations who can help migrant families and youth navigate their way around the complex maze that is ICE.
3. Donate money. Money collected is used to buy books in Spanish and to ship them to their destination. Visit www.reforma.org and select CIC and DONATE. Also, if you are aware of grant-funding sources that can help in the effort, please let us know.
4. Contact REFORMA CIC for help in making connections:
•Oralia Garza de Cortés (oraliagarzacortes@gmail.com)
•Patrick Sullivan (sullivan@mail.sdsu.edu)
•Sandra Ríos Balderrama (sriosbe@gmail.com)
•Website: www.reforma.org
•Facebook: www.facebook.com/REFORMAChildreninCrisis
•Instagram: @reformacic


Tags: libraries respond to humanitarian crisis at the border