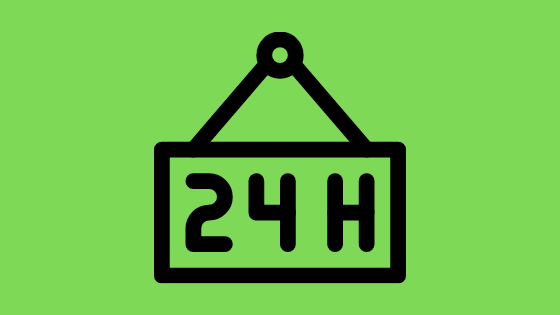 On February 23rd, 2019 @erinroseglass tweeted the thought, “what if public libraries were open late every night and we could engage in public life there instead of having to choose between drinking at the bar and domestic isolation.”

It ended up being retweeted 48,307 times, liked 222,229 times, and collected over 3.1 thousand comments as a discussion ensued. While many people were excited at the prospect of a late “night library,” others were concerned about the financial feasibility, library staffing and other issues.

This is not the first time expanding library hours has been considered. In 2015, the Salt Lake City Public Library was going to begin a two year pilot program, funded by a group of private donors, to be open 24 hours a day, 7 days a week, or a 24/7 library. The first one ever in the United States. Then Salt Lake City Executive Director John Spears was quoted on a local news station saying “We’re going to be able to do something that very few public libraries have ever been able to do, we’re going to be able to provide hard data about how it will be used, exactly what it will cost, exactly what it will mean for taxpayers and to all of them to make an informed decision.”

Unfortunately, the public and taxpayers were never able to see the results of this program as shortly after it was proposed, Spears accepted a position as Executive Director of the Pikes Peak Library District in Colorado and the plan for the 24/7 Salt Lake City Public Library was not continued.

This left a lot of unanswered questions about whether or not having a 24/7 library is financially feasible, whether or not it was possible to keep the library staffed overnight, whether or not people would actually use the library at all hours of the night and if so, what resources are patrons using at those times. As all library communities differ, results of this study may not have been able to give direct answers for other libraries looking to expand their hours, but this pilot program may have been able to give a more general idea than the library world has ever known about library hours.

Some libraries have come up with solutions to make themselves available 24/7 that patrons may not know about yet. Little free libraries in community spaces, such as the ones listed here, are one solution. Here users can take a book or share a book at any time during the day or night whether they have a library card or not. It is all based on the honor system.

Other libraries, such as the Pioneer Library System in Norman, Oklahoma, have actually installed 24/7 automated systems or vending machines. These machines are available to patrons on the street to insert their library card to have library materials dispensed to them. As this article reports, several libraries in Minnesota are trying an “open libraries” model that gives patrons access to books, computers and other resources by themselves at times when the library isn’t open and staffed.

E-resources are also on the rise at public libraries and rapidly growing in popularity. Using these mediums patrons can download, books, audiobooks, movies and music onto their own devices. These services will aid patrons who seek expanded library hours to access books, movies, magazines, or music.

These options solves the problem of being able to interact with the library’s materials after hours, but it is unknown whether that is what patrons who have requested expanded hours are looking for. Some may be interested in library programming or seeking the assistance of a knowledgeable librarian for suggestions on research or reading material.

Individual public libraries need to figure out what their patrons want in order to properly serve them. If community members want to open up a discussion for expanded library hours then the public library can present the information about what it would take to make that happen and what kind of support is needed from patrons in order to create the opportunities for which they are asking.