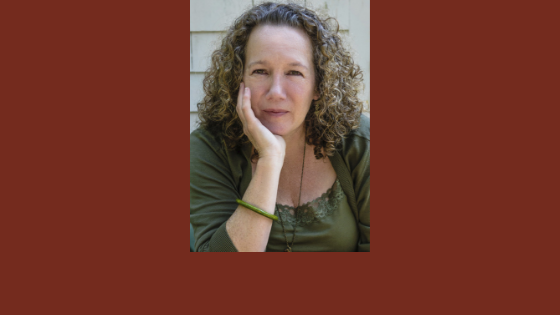 Maureen Stanton probes her dark teenage years with compassion and insight in her new memoir, Body Leaping Backwards: Memoir of A Delinquent Girlhood. Stanton grew up in a boisterous family in 1970s Walpole, Massachusetts, a working-class community where the local prison loomed large in each citizen’s life. Yet when her parents divorce, Maureen and her family find themselves reeling not only from the seismic shifts in their personal lives, but from the political and cultural changes in the country as well. Maureen’s mother, a devout woman who puts herself through college as a single mother, soon finds herself resorting to shoplifting in order to put food on the table. Maureen, meanwhile, experiments with angel dust and dabbles in delinquency, skipping school and breaking into nearby homes. Stanton combines rigorous historical research with acute perception, crafting a memoir that takes a clear-eyed look at adolescence. Critics have heaped praise on Body Leaping Backwards, with People Magazine hailing it as “a blazingly important memoir about the possibility of change” and The Boston Globe calling it “sharp, candid, and deeply felt.” Brendan Dowling spoke to Stanton via telephone on July 11th, 2019.

Your book opens with a quote from Bruce Springsteen, “The first eighteen years really shape you forever. It’s like a glass of water filled with mud. You can pour clean water in until it appears clear, but there’s still mud there.” Can you talk about why that spoke to you as a way to begin your memoir?

I felt that was just a really good metaphor. There’s something about your development from zero to eighteen—when you’re in a single place, a single town, at a particular time—that’s impressed upon you. It’s like girdling a Bonsai tree. It shapes you. It moves you into the direction of the person you become. I don’t think you ever leave that. Certainly you become someone different; I’m not in any way related to the person I was, but that girl lives in me. That sort of rebellious, awkward, troublemaking, bigmouthed girl, she’s still there.

I loved how you talk about the qualities that got you in trouble as a kid were the qualities your mom really valued late in life.

To her credit, she recognized that, but it took me a long time to embrace and understand those values. It took me until I was seeing a counselor in my late twenties who said being critical is a good thing. I was like, “Oh okay.” (laughs) I didn’t understand that critical analysis was a tool. I had to figure out how to use it, because I tended to be a bull in a China shop. I had to mature with that skill and learn how not to always be critical. (laughs)

Your mother is such an amazing character in the book, particularly how she would attack problems and solve them, like when she enlists you and your siblings to install a pool. Can you talk about her?

She was really a fantastic role model. She has this boundless energy. She was very creative, athletic, and skilled. She took on these projects without any knowledge. She would just read a book and get the project done. She did things that people told her she couldn’t do. That message that you can just do these crazy things, or try at least, really came through. At the same time, she would never have called herself a feminist, but she was a protofeminist. She just missed that generation. She was a little bit older than the second wave feminists.

She was very self-sufficient. She went back to school and earned her own keep. She’s been like that all my life. She still runs circles around me with her energy. Honestly, I’m more like my dad, I like to lie around reading a book. (laughs)

It seems like you have so much clarity and compassion for the choices that you, your friends, and your mom made. What was it like revisiting the events of your childhood from this adult perspective?

You can see through the book there’s a layer of research, and that helped me understand why I did some of the things I did. When I learned about the neurology of the brain and that the pre-frontal cortex—the part of the brain that’s responsible for moral reasoning and understanding long-term consequences—doesn’t really develop until later, I had just little a more compassion for kids who fall through the cracks or do stupid things. Even now when I see a story on the news about a teenager who does one thing that puts their life off track, I feel it.

One thing that was really hard was reading my diaries, which I hadn’t read for literally decades. I don’t even remember writing them. I started to write the book in 2014 after my father died, and I read them straight through. Something overcame me physically where I felt like that girl again. I had this sense of hyper self-consciousness and awkwardness and feeling like I didn’t fit in the world. It overcame me and stayed with me for a couple of days. I was this fifteen-year-old girl in this fifty-something year-old body. It was very weird. It passed, but it made me understand how sad I was back then.

It’s striking to hear about the visceral response you had to your diary.

I felt sad. “Oh that poor lost girl.” At the same time, as I mention in the book, I kind of wanted to slap her. “Why are you doing these things?” That rage transformed slowly into compassion and a sense that for teenagers, the rite of passage from childhood to adulthood can be really rough.

I wanted to give voice to that teenage girl and to include those diary excerpts to show how young and naïve fourteen and fifteen year-olds are. We tend to think of them as older and more mature. When you look at teenagers they look older. Even with my students, I teach freshmen and sophomores, they’re eighteen or nineteen, but they’re young still. They’re not mature yet, they’re not there yet. They’re savvy, this generation, but really there’s a false image out there of the sophistication of teenagers.

You also write about a guy you worked with at the gas station who ends up playing a large role in your life. Can you talk about him?

He was a really smart, intellectual guy who somehow—and I never found out the real story—had dropped out of college or been kicked out. He was pumping gas as this interim thing until he got his life back on track. He seemed so much older and wiser, but he was probably twenty-one or twenty-two. He read books. He talked about philosophy. At the time, there was no conversation like that with my druggie friends. We didn’t talk about anything. It was just all about drugs. That’s why I fell into a despair, I wasn’t even recognizing myself.

He rekindled that sense of my intellect in me, my interest in the world. He came into my life for a brief time as an odd teacher, and then he left. He benefited me, even though he was a very unlikely person to do so. He was very ordinary. He wasn’t a guru. He was somebody who took the time to talk to me as if I was as smart as he was. I wasn’t, but he treated me that way and I think that helped a lot.

Walpole contains a maximum security prison that plays a significant role in your book. What kind of role did it play in your life?

At first it was a scary and fascinating place. As I understood more about what the prison was and as I constantly drove by it, it became a symbol and a place of intrigue. I didn’t realize until I was writing the book how much passing through those concrete walls [the people in my life did]. Not just shopping in the Hobby Shop, but a lot of my friends’ parents or siblings had worked in the prison. My mother had worked with prisoners on work leave across the street. It was more of a permeable boundary than it seemed. But it really was just this specter at the edge of town.

My main goal for putting it in the book was to show how the prison in the seventies was filling with people who were committing the same crimes as the people were outside the walls, so my mother’s binary really broke down. The demographic of the prison was becoming more African American, more minority, and younger. That was because of the drug laws, but in town there was all this drug dealing going on with relative impunity. I wanted to show what we all know about prison, it’s a false dichotomy of who’s inside and who’s outside.

You put a lot of what was going on in your own life into historical context, diving into the country’s rising divorce rates and Watergate scandal. Why was this kind of research important to you?

In almost all of my nonfiction—my essays and my first book—I dive deep into research, partly because I love it, but it’s also how I learn about myself. For example, my mother’s shoplifting. What I didn’t even understand as a kid was the whole economics [behind it]. I didn’t understand about the huge inflation—that as her money was being halved by divorce, the price of meat doubled. I always knew she started shoplifting food, but knowing what was happening in the culture—both the shoplifting by so many people from that decade and that inflation made it very hard to put food on the table—made me understand her actions a little better. In 1975 the FBI said that shoplifting was the fastest growing crime. It really was a cultural thing. It wasn’t just my mother falling from her moral stance. It was a lot of people, either by necessity or a sense of entitlement or because they just could.

The research led me to understand my personal stories, but also to connect one family’s story with something larger to show that it was part of a phenomenon. Things that are happening in the culture affect us, like Nixon breaking in. Leaders affect the way culture acts. I think the country has a mood and an ethos and I think it changes with the leadership. The culture was in a very bad mood after Watergate and Viet Nam. It trickles down to kids. Even if we don’t intellectually understand it, we feel it. We model it too.

And finally, what role have libraries played in your life?

It’s interesting, because my dad used to take us to the library almost every Saturday. He would just let us loose in the children’s section, which was in the basement of the library. I would pull books off the shelf and find them and come up with a stack of eight or nine or ten and take them home. He would get Betty Boop and Abbot and Costello films and and we would watch them. It was a huge part of our lives to be at the library. It was a real treat and fun to go.

I worked in a library when I was in college at UMASS-Amherst. I did the same thing when I was shelving books, I’d just pull books off the shelf and look at them. I made a lot interesting discoveries that way, just randomly. Libraries have always been my favorite places and really important to me. I just love libraries and hope they continue to thrive.

This interview has been edited for context and clarity.