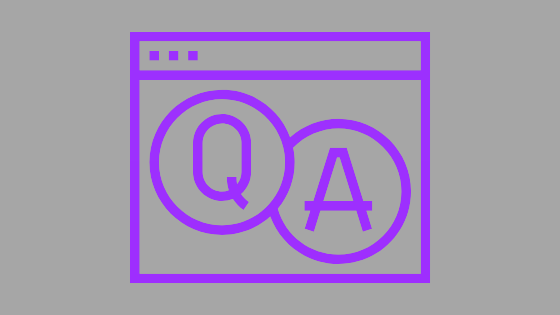 Andrea Pitzer has been in high demand lately. The author of One Long Night: A Global History of Concentration Camps has appeared in various media outlets since the debate about what to call the detention camps near the U.S. border with Mexico began. A journalist and author with a diverse range of interests, Pitzer is also the author of The Secret History of Vladimir Nabokov, and her writing has appeared in The Washington Post, The Daily Beast, Vox, Slate, and Lapham’s Quarterly. You can follow her on Twitter at @andreapitzer.

As an authority on a painful and controversial aspect of world history, Pitzer has encountered more than her share of armchair experts, conspiracy theories, and outright denial of facts. As public information specialists, librarians are tasked with combating misinformation and providing access to reliable information as part of our daily work. Pitzer spoke with Public Libraries Online about concentration camps, some painful episodes from U.S. history, and what librarians can do to demystify controversial topics while remaining neutral stewards of information.

PL: What led you to research the history of concentration camps?

When I was working on my first book, The Secret History of Vladimir Nabokov, about the Russian novelist, concentration camps kept appearing in his life and writing. These were sites from before World War II that had been called concentration camps at the time. It led me to wonder how the idea of putting a group of civilians behind barbed wire first came into the world and when the term “concentration camp” began to show up.

During World War II, Nabokov’s brother Sergei died at a Nazi concentration camp in northern Germany. In 2011, I went to do research in the archives at the former camp site there. It had been a huge complex, and it struck me that this vast camp, which was not especially well-known outside Germany, was one of so many that had blighted Europe under Hitler. I realized that the general public didn’t even know the history of those camps, let alone what had come before. Or how camps had persisted after the Holocaust under other names. It seemed important to write a book about the evolution of perhaps the greatest horror of modernity, with the idea that we needed to understand better how Germany got to Auschwitz in the first place.

PL: What role has the United States played in the history of concentration camps?

The US played a heroic role in helping to end the suffering of the first concentration camp detainees, who were known as reconcentrados and were held in Cuba under Spanish rule in the 1890s. The public remembers the sinking of the USS Maine as the reason the US launched the Spanish American War in 1898. But it was the suffering and death of those detainees that had aroused American sympathy for the Cubans for more than a year before the Maine sank. In all, some 150,000 Cubans died as a result of those camps.

After the US defeated Spain in 1898, we inherited most of its colonial possessions, including the Philippines. Unfortunately, a rebellion was also underway there, and American generals in charge of fighting that war soon used concentration camps themselves, leading directly to the death of more than 10,000 people in just a few months.

Later, the US had a small program to detain enemy aliens without trial during World War I. That program expanded greatly during the Second World War, with the internment of more than 100,000 Japanese Americans in concentration camps, the majority of them US citizens⁠—which was doubly unjust. There are other, more recent examples in US history, as well as even earlier kinds of civilian detention, such as Native American reservations.

PL: Can you tell us a bit about the current debate over what to call the camps at our southern border? Is it just a matter of semantics, or is there more at play?

There are more than semantics involved! People tend to think of Auschwitz when they hear the phrase “concentration camp.” But Birkenau⁠—the death camp at Auschwitz⁠—and the rest of the extermination camp system constructed by the Nazis in the middle of World War II were built largely separate from and on top of the existing concentration camp system. That prior system had been functioning for nearly a decade at that point.

When people say “these US border camps aren’t concentration camps; they’re nothing like Auschwitz!” they’re almost always speaking without knowing about the 40 years of places called concentration camps before Auschwitz. Without that 40 years of history, you can’t get to death camps. That’s just one of the reasons I think it’s worth letting the public know this history exists, and letting them decide for themselves what to call US border camps today.

Some people believe that even if the term “concentration camp” is technically correct, it shouldn’t be used, out of reverence for the millions murdered in the Holocaust. It’s my opinion that we’re repeating history from the first decade of concentration camps⁠—like those in Cuba and the Philippines⁠—where mostly women and children died not from gas chambers or firing squads but from overcrowding, contagious diseases, and lack of care. If people don’t even know that history, I’d say it’s worth offering it to them to help them make a decision.

There’s nothing in history like the Nazi death camps and their use of technology and personnel dedicated to exterminating European Jews and “Gypsies” (people we know as Roma and Sinti today). But many prior concentration camp systems had a lot in common with early Nazi camps. Naming that’s historically accurate allows us to understand past events, recognize the patterns we’re duplicating, and predict some parts of what will happen next. Those are all valuable things.

PL: As public educators and civic employees, librarians often have to toe a fine line between presenting information and appearing partial or biased. For us, issues like climate change and the anti-vaccination movement are about information literacy rather than personal politics. What advice would you give information professionals to help present the concentration camp issue in a way that feels politically neutral?

This is a fantastic issue for public educators and public employees to present neutrally. Raising the question of whether US border detention should be called concentration camps is a great way to let people work through the issue themselves.

The first thing is not to dismiss patrons’ concerns out of hand. When I work with educators who teach history, I often try to explain how some people do try to minimize the Holocaust by saying untrue things or pretending that it wasn’t that different from other atrocities. Those people sometimes go as far as Holocaust denial. So there are very good reasons for us all to be concerned about sloppy terminology when looking at events from the past.

There have been so many good recent essays on what to call the current border camps⁠—essays that include a lot of history that will be new to most readers. It’s possible to find thoughtful arguments from a lot of perspectives.

I think it’s also possible to move beyond partisanship by showing not only the early history of the camps, but how other recent administrations are also partly responsible for developing the tools and tactics in use on the border today. Asking what, if anything, is different about the current approach to detention, questioning how today’s detention camps are the same or different than those operating under prior presidents, and giving people resources to read or watch can be really helpful to breaking down assumptions.

PL: Public librarians operate on the front lines of our society, working to connect patrons of all backgrounds with essential services and reliable information free of cost. How can librarians combat misinformation and promote cross-cultural understanding at a time when the stakes seem so high?

Helping people to think for themselves is one of the highest callings in humanity. It’s so much more important for people to learn to think for themselves than it is for them to agree with any one person, party, or politician. Framing difficult questions of the day, listing multiple resources that offer people information from a wide variety of views, and giving them opportunities to discuss their ideas in person or online as they think through their own responses is something that libraries can do in ways that few institutions can.

Where an issue is particularly fraught in your community, such as abortion or vaccination, sometimes you can help people take a step back and give them resources to trace the history of the disagreement itself. How and when did the dispute start? Have arguments over it changed over time? Has new, vetted scientific evidence come forward? Is there a scientific consensus? Is there a public health consensus? Is there a religious consensus across denominations or faiths? If not, what is the basis of disagreement? Sometimes this broader perspective can help people see issues in new ways, or at least find new ways to talk about them with others.

PL: Some of the best opportunities to encourage information literacy come up in the course of interactions on the internet. How can librarians use our web presences – from library websites to social media accounts – to generate the sort of public discourse that we need to be having around crucial topics such as the illegal detention of migrants at the border?

The beauty of the Internet is that even a single very simple tool⁠—such as hyperlinks⁠—can allow you to gather lists of resources for discussion groups, for patrons with online questions, for use in social media accounts, or even visitors to the library itself. And you have so many tools at your disposal. You can give people a lot of resources covering many points of view in a small space, organized by topic or question or era, and let them pursue what moves them.

Rather than pushing any particular point of view or feeling that you have to become expert on a topic or have all the answers, you can ask questions on social media: “Do you know about X?” or “What have you heard about Y?” The use of images, threads or even stand-alone brief posts can bring up history and local resources that many people don’t realize exist. And there are excellent social media accounts that you can encourage others to explore without necessarily endorsing every view offered by that person or institution. You can also actively teach people media literacy and how to be critical consumers of whatever they take in.

I believe that social media is basically an attempt to recreate the kind of community that has always existed at libraries. Just make space for varying perspectives and different degrees of openness to new ideas and try to meet people where they’re at.