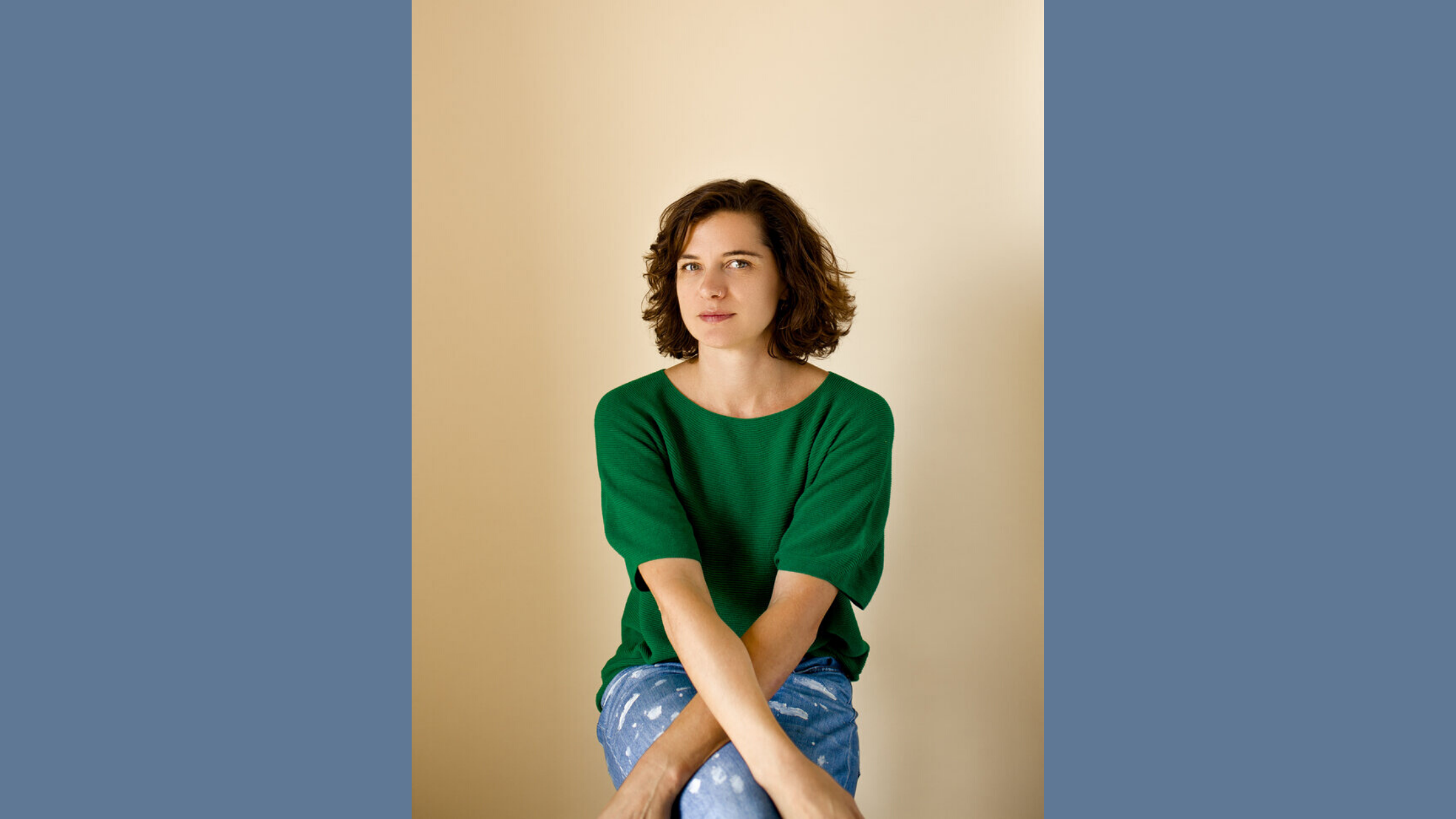 Ivy Pochoda’s extraordinary These Women dives into the inner lives of disparate women in the West Adams neighborhood of Southern Los Angeles. Dorian runs a local restaurant, mired in grief over her daughter’s horrific murder over a decade earlier, while Julianna spends her nights working at a club and her days exploring her newfound passion in photography. When two women are brutally murdered, it upends the community’s precarious balance. As Dorian fights for justice not only for her own daughter but also the most recent victims, unexpected connections emerge among the women, hurtling the reader to a devastating and unexpected conclusion. The New York Times called These Women an “intricate, deeply felt, beautifully written novel,” while The Wall Street Journal praised the “psychological depth granted each character and the graceful twists of Ms. Pochoda’s cunning yet unfussy plot.” Pochoda spoke to Brendan Dowling on May 28th, 2020.

The book focuses on the experiences of six women, and we get to see the world from different character’s perspectives throughout the novel. Which character was the entry point for you?

I started with Dorian because she’s a victim’s mother. She would turn out to be the hardest character to write because she’s quite stagnant. Her whole character is about running in place and not being able to move on from her daughter’s death. It was very hard for me to get that section down, and I wasn’t sure the book was going to work. When I started to write Julianna, the whole thing really fell into place. I got her voice immediately. I got her character, because she’s definitely in both worlds of the book. She’s in the more dangerous dark world but also trying to be part of the straight world. That broke the book open for me. Julianna was like this breath of fresh air to write about. It just came quite naturally to write about this all night party. I wanted to do something that was a complete contrast to Dorian, and also to show that these women have inner lives. It was refreshing to move away from a stagnant, middle-aged, grieving mother to someone who is both careless and also thoughtful about her world. That’s what the title of the book refers to, that we too often categorize and dismiss people, especially people like Julianna.

A big part of Julianna’s life is her photography and her gradual recognition of herself as an artist. At what point did that make its way into her character?

It’s funny, the first thing I wrote of her section was that click [the sound of a camera]. I knew that I wanted to write about a woman who was a possible victim. When I sat down it just took me a split second to know that in order to do this I had to give her a life outside of being a victim, because that’s not fair to the character. Everyone has a cell phone and she needed a filter for examining her world. It just emerged that the first thing she does is take this photograph. As I wrote about her photographing her friend, I was reminded of the photographs of Larry Sultan, who was a photographer I was really interested in. I edited a magazine when I was much younger and lived in Amsterdam. We ran a photo series of his work about the porn sets in the Valley. The minute she took that picture I thought, “This is just like Larry Sultan, except why is he famous and why is this woman never going to be famous, barring the events of the book?”  I thought, “The world’s stacked against people like Julianna, but we have this visceral appetite for her type of photography, like  in Vice magazine or Terry Richardson.” We have this insatiable appetite for that kind of photography, but it’s always through the lens of distance. Larry Sultan—who I don’t actually think is taking advantage of his subjects and is in fact humanizing them by showing the interstitial moments between porn shoots—is an accepted mainstream artist. I was interested in that idea and how Julianna could do the exact same thing. Why couldn’t she have a good eye?

When I talked to you about Visitation Street you spoke about how you didn’t want to write a police procedural and had deliberately omitted the police from that story’s narrative. Here, Detective Essie Park’s personal and professional life is integral to the story. What was your process to capture this character and her life so realistically?

I’d written an earlier draft of the book and it didn’t have her in it. I hadn’t finished it, so I hadn’t written through to the end. There was police work going on in the periphery and there was a male detective who somehow had talked to Dorian and Julianna. I had a scene in which a male detective comes to Julianna’s house and she feels very victimized by his gaze. I was talking to my editor, Zack Wagman, and he said, “Listen, I’m not in the business of making suggestions, but I think you need to have a detective in this book.” I remember thinking, “There’s no way I’m doing this.” I had just been at the Miami Book Fair with Megan Abbott and we were sitting in this bar, waiting for our flight to go home, talking about how we will never write a detective or a reporter who’s going around gathering clues. Not that we think it’s stupid, but we just can’t do it. There are so many people who do it masterfully. I shared that story with Zack and he said, “I’m going to pitch that she should be a female detective, because what you can do then is have her reflect things off the characters that you wouldn’t get from a male detective. She can approach them in a different way. You need something to tie these women together. It’s going to seem a little forced to have these women bumping into each other.”

What I realized in the course of sitting down to [write Essie] was that as a female law enforcement person, she would probably be suffering a version of the same sort of treatment as Julianna. People are going to disrespect her, negate her intellect, and denigrate her. Once I realized that Essie’s story could be a microcosm or a reflection of the story as a whole, I was like, “Great, I don’t need to write about her pulling up her bootstraps and doing police work.” I could write about her experience as a woman being disenfranchised in the same ways that all the other women in the story are being portrayed. It doesn’t have to be Michael Connolly—let him do that, he’s awesome at that. This is going to be me writing about another woman struggling in an environment of male mistreatment.

In a recent interview you said, “I’m improving at plot with each book, although it’s been a painful journey and I have a ways to go.” For you as a writer, how have you improved your handling of plot?

A teacher in graduate school, Alice Mattison, had this complaint about students in general refusing to make things happen, a fear of actually getting the ball rolling. I think there was a certain reticence, at least on my part, to actually make things happen. I’m not sure how I’ve gotten better at it, but I try to make sure that there’s not a lot of sitting around and navel gazing. I put my characters in situations that reveal how they respond, as opposed to describing how they respond without having given them anything to do. But I think I was really afraid of events. I thought it was smarter to write a quiet book that was atmospheric. Finally I was like, “Okay now we’re going to have things happen.” It’s such a relief to be like, “This woman is going to get in a car with a murderer.” That, for a literary writer—which I consider myself a literary writer—is so tacky and cheesy, but the truth is if something is happening it puts pressure on a situation. Not being afraid of action really helped me think about plot. I know that’s sort of a tautology, because plot and action go together, but actually being committed to choosing a few big events and working towards those has made me less afraid of plot.

You’ve talked before about how when you approach the endings of your books, you “go for whatever casts the longest shadow.” Can you talk about what you mean by that?

I tend to see the ending of a book as some kind of giant crescendo that lingers, some kind of big, tumultuous build-up that rises to a point and is sustained. In the kind of books I write, it’s disingenuous to end them on a fraudulent note of something turning out for the best or something peaceful or tranquil. I want the story to linger and stretch out. These stories aren’t self-contained. Every story you write, you might have written the end, but these characters continue. They stretch out into the future and they existed before you wrote about them. I want the book to nod to the fact that there’s a continuation. It’s not always going to be perfect or beautiful, but it’s going to be emotionally resonant and often difficult.