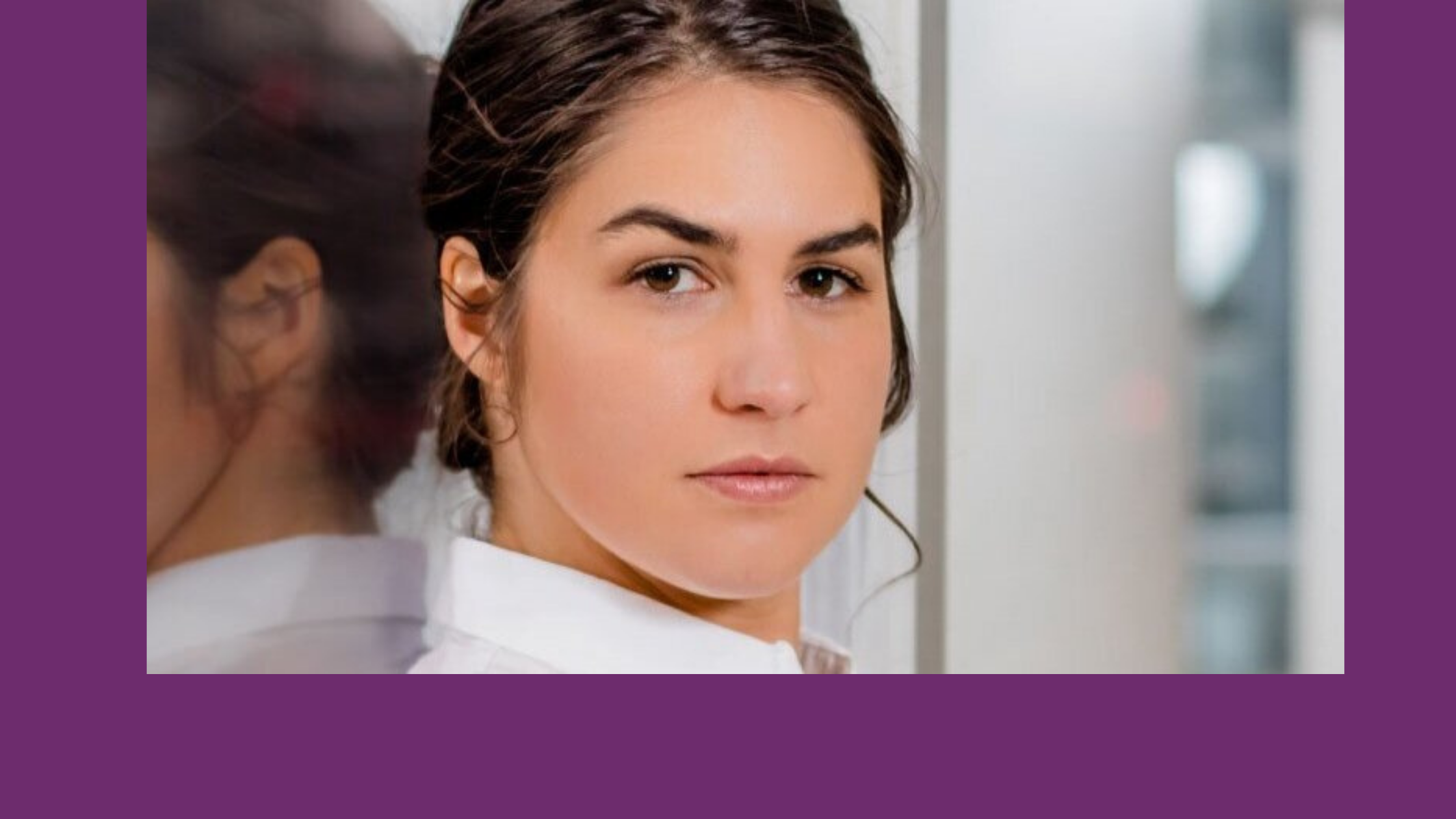 As a teenager, Arezu, an Iranian American teenager, visited Marbella in an attempt to reconnect with her estranged father. Her father failed to materialize, however, instead sending Arezu money via his new wife’s nephew, Omar, a forty-year-old Lebanese man. Two decades later, Arezu still grapples with the aftershocks of her complicated relationship with Omar that summer, one which shadows every other aspect of her life. When she inherits her father’s apartment, she returns to Marbella with her best friend, Ellie, an Israeli American professor. Confronted with the physical space of her most traumatic experiences, Arezu attempts to reconstruct the events of that summer from an adult perspective, in hopes that she can finally give words to a relationship that she has never been able to describe. In Savage Tongues, Azareen Van Der Vliet Oloomi plumbs the depths of a character’s psyche, while giving the reader a thrilling glimpse of the political, religious, and philosophical components of women’s friendship. Critics have heaped praise on Savage Tongues, with Vulture calling it a “a love story of the most fevered, brutal order,” and Refinery29 hailing it as “a hauntingly beautiful depiction of the way past traumas grip at our insides, threatening to tear us apart years after we’ve experienced them.”

Like your last novel, Call Me Zebra, Savage Tongues has such a distinct narrative voice. Can you talk about how you arrived at Arezu’s voice?

She came to me as a character that was already fully formed, unlike Call Me Zebra, where I had to search for that voice for so long. It was like peeling an onion. But with Arezu, it was a lot more immediate. Her voice is very raw and intimate and introspective. She tends to be self-reflective, sometimes even to a fault. In part, it’s because she’s working through this intense trauma that is both related to the sexual abuse as well as the geopolitical crisis. Once I figured out who she was going to be, who her travel companion was, and how she was going to be inhabiting that apartment, she just kept opening up more and more. I could see the way that she was viewing her younger self and that internal conversation she’s having with who she was when she was a teenager. That’s how it all started.

One thing that makes Arezu so compelling is that, as a writer, she’s struggling with language’s ability or inability to articulate the unspeakable. What was the challenge of working with a character who was grappling with language?

That’s such an important question. One thing that was very clear to me while I was writing—and I think Arezu becomes really articulate about it over the course of the novel—is that the process of finding language to talk about this story in all of its nuance, in all of her both innocence and culpability in it, that process is itself a second event that complicates and changes the way that she’s remembering what actually happened, in the way that our memories can be very amoeba-like. They can be influenced easily and they’re always shape-shifting. As she finds language, she’s both able to fix certain facts in the right place and also able to live with the fluidity of the memory of what happened with a lot more resilience. That’s the power that language has, right? It’s this alchemical thing that I think language does, where it transforms your consciousness once you’re able to find a vocabulary and a grammar for something so incredibly vast: this kind of fluid, free-fall grace state that she’s in. I feel like the book is capturing that process. It’s about a search for the language and what happens to her identity when she actually finds it.

You talked about deciding who was going to accompany Arezu on this trip. Ellie is such a rich character and her friendship with Arezu is so integral to the novel. Can you talk about how you arrived at Ellie as the perfect component of this novel?

Every fictional novel has an emotional truth or an autobiographical element. In my life, as someone who’s culturally Muslim, I became very close to this group of friends who are Palestinian. Some of them were transitioning, [there was] another friend who’s Jewish and very vocal about the Palestinian struggle. Those friendships in my own life completely unpacked the way the master narratives that we’ve received as people from the region who are also American, and the way that the American narrative about who we are and who we might be, is very distorted. The friendships blew all of that up. It was like we could see inside each other’s homes, how alike our cultures are, and how intimately we were capable of loving each other. So when I set out to write the novel, I was like, “We don’t see this modeled very often. We don’t see this intimate intense friendship between queer women, or women, or women who are both queer and intellectual, and one is Muslim and one is Jewish.” I just felt like their friendship is a kind of act of political warfare, of resistance against the violence that’s being generated in the region, both due to internal dynamics and Western and outside meddling. I really loved their friendship. The whole book for me, is a love letter to their friendship.

That group of friends is so compelling in the book. Arezu and Ellie haven’t seen their friend Sahar in many years, but her presence is so keenly felt throughout. The book is in some ways a ghost story, because the ghost of Omar is haunting Arezu’s life, but the “ghost” of Sahar seems also to be gracing Arezu’s life also.

I definitely feel it’s a book about being haunted and a book about just ghosts, our historical ghosts but also our intimate ones. I think Sahar’s absence feels like a missing link in this group where they all feel—Ellie and Sahar and Sam and Arezu—in those moments, which are outside the frame of the novel in the past when they were together, which was probably the most transformative moment in their lives. To be in this group of friends, who find each other in America in a place that is so resistant to Middle Eastern bodies, which is a conversation that I don’t think is quite acknowledged enough in our public discourse. But then also regionally, having friendships between Palestinians and Israeli Jews, it’s also a very loaded subject and a very delicate one. And then to add Iran into the mix. So yeah, I think it was challenging to write, to do justice to these characters and their historical contexts.

The last time we talked you discussed how you had read a lot of Cervantes and Dali as you were writing Call Me Zebra. Were there writers you were reading that were helpful to writing Savage Tongues?

I’m always reading voraciously when I’m writing. It was a very different kind of writer that guided me through this book. I was reading a lot of Marguerite Duras, a lot of radical feminist writers. I was reading Nawal El Saadawi, who wrote a book called Woman at Point Zero that is just now is beginning to get attention here. Elena Ferrante, Maggie Nelson. I read a lot of James Baldwin. This is a lot more of an introspective kind of book than the way he writes, but at the same time ever character interaction has a political subtext. I think he’s the writer that most shed light for me on how to write, also on how to write sex. To write sex that isn’t just about the pleasure of it, but also all the power dynamics that are coursing through that kind of exchange between two people. So I read Giovanni’s Room, Another Country, and I read some theory on violence and torture, Elaine Scarry and Judith Butler. It was a very rich kind of reading, not quite as expansive as Call Me Zebra, thankfully.

This book, like Call Me Zebra, has an incredible feel of place. What was it like focusing so tightly on one apartment after having such an expansive view in Call Me Zebra?

It’s funny, my first book, which is a very small novel, all takes place inside of a home. As a writer, I can see all the continuities and the ways that Savage Tongues is coming out of both that very claustrophobic space of an apartment, but also the travel-hungry energy of Call Me Zebra. I felt that the only way that Arezu could understand or recover a sense of what had happened to her was through the kind of traces of what’s left of that time in the apartment now, which is like a ruin, basically. I think it’s through their conversations and through the internal monologue that the story starts to move across continents and spaces. So it moves from America to England, Israel, Palestine, and some of Lebanon. It sort of feels like in their minds they’re always elsewhere, but physically both of the characters are really constrained to just the walls of that apartment, until they go to Grenada, and then it’s like there’s a release. Pacing was tough. Getting the pacing right in such a tight space with such tight corners was a little bit difficult.

Arezu’s story is so economically told, but the reader also gets the sense of these huge stories that exist outside the margins of the book. Was it a challenge for you deciding what to include in the book and what parts of the story were left outside of the framework of the novel?

I think that with novels that are this intense psychologically, there’s an efficiency that feels important to me. With expanding it beyond these pages, the risk is losing the sense of urgency and also a reader’s generosity too, of being in that space with you while they’re reading. I think that there are so many other ways that this story could be told. What would the novel look like if it was from Ellie’s perspective, or Sahar’s? That’s a really interesting mental exercise. I just felt very aware. My hope was the experience of reading it would be just intense enough, but then the novel would live inside a reader’s mind and do a little of that haunting, you know? (laughs) I needed to get in and get out.

Arezu really wrestles with what a book can do and the role of plot and story. What are you interested in exploring next as an author?

I’m very aware of how all these things—the plot, how we tell stories—are cultural appetites that we inherit. This was a way for me to also work [those issues]out. I have a very Western European and Islamic way of storytelling, where there’s a lot of introspection and fluidity between the material world and interiority. But I think I’m also really interested in tightening a little bit, and working in short story form for the next year, at least. And seeing what happens when I’m forced to compress time that much. That’s a fun thing for me to put myself through, because I tend to be very expansive and fluid with the way that I write fiction and novels. I think it’s going to be a really fun challenge for me to see what my short stories look like. What am I going to do when I’m forced into a sixteen-page situation? So that’s what I’m working on actually, stories. They’re always talking or thinking through issues of colonialism and gender and bodies, but in a very different form.