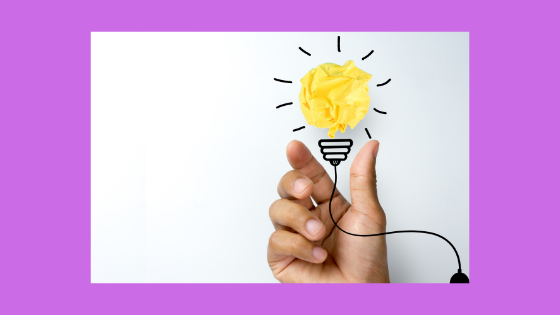 On October 5th, public libraries in New York City announced the permanent cancellation of library late fees. Area libraries paused late fees in 2020 in response to the pandemic, but this intentional choice goes far beyond current circumstances. Mayor Bill de Blasio stated in response: “[t]his announcement is another major step towards making our public libraries, the heart of so many communities, accessible to all.” The cancellation of these fees is part of an ongoing effort to provide equitable access to libraries and serve a larger percentage of our communities.

The debate over late fees is nothing new in the library world. ALA published its position in 2019 in a document titled “Resolution on Monetary Library Fines as a Form of Social Inequity”. In their resolution, ALA quotes a specific policy: ALA Policy B.4.2 (Free Access to Information) “asserts that the charging of fees and levies for information services, including those services utilizing the latest information technology, is discriminatory in publicly supported institutions providing library and information services”

Public libraries are just that — public. We directly contradict the Library Bill of Rights when we continue to enforce discriminatory practices such as late fees, keeping the public from much-needed resources. The three public library systems in New York City have removed a barrier to services, and have joined an ever-larger group of libraries who have cancelled late fees.

As increasing numbers of libraries cancel late fees, studies and reports of the effects have come pouring in. The results are promising. For example, when the San Diego Public Library made the change, 130,000 patrons regained privileges because their late fines were cancelled. It isn’t just that more people can use the library now, it’s that they are using it. For instance, when Chicago Public Libraries eliminated late fees, they quickly saw a 240% increase in returns. Hold on, read that again: 240%. Libraries created late fees to encourage patrons to return materials, but are quickly discovering that the financial liability discourages returns.

So far, it has become clear that a high number of patrons are re-gaining access to libraries, as well as returning materials that were previously accruing late fees. One important question we have to ask ourselves is: who is coming back to the library? Another question we should always have in the back of our heads is: who isn’t coming to the library and why? In 2018, the Urban Libraries Council (ULC) conducted a flash poll of libraries to get a sense for their positions on late fees. Reading the results, the most striking statistic comes from respondents who have removed late fees. 54% of these libraries changed their policies to increase library access for children who are low-income. Further, the “Long Overdue” report from San Francisco Public Libraries in 2019 indicated that it is, in fact, low income service areas with the highest proportion of residents unable to use their cards due to fines. Fines, especially in libraries serving large populations, impact low-income, black, and non-college educated communities at a much higher rate.

So, why do we care? Why is this so important? We all know that libraries aren’t just about their collections anymore. Libraries are a place to cool down or warm up for people who are housing insecure. They are a place to get help applying for unemployment or disability. They are a place to find much-needed mental health resources. The populations who need the library most are the same people being barred from the library due to fines. If the pandemic has shown us anything, it is that we need to take care of each other. This is one way libraries can help, and it fulfills our mission according to the Library Bill of Rights.

Our job as public libraries is to remove every possible obstacle that could keep someone from using our services. By eliminating fees, we are increasing the chance of people coming into the library to use our resources and hopefully have a better life. We are also fulfilling Article V of the Library Bill of Rights:

A person’s right to use a library should not be denied or abridged because of origin, age, background, or views.

Because late fees impact specific populations such as low-income families at a higher rate, we deny or abridge our services whether we intend to or not. This is not equity.

But what is equity? And what does it have to do with libraries? Equity is one of the most important issues we face in society today, making it a crucial issue for libraries to address. I want to stress this word equity because it is not the same as equality. As the Annie E. Casey Foundation shares in their definition of equality: “Like equity, equality aims to promote fairness and justice, but it can only work if everyone starts from the same place and needs the same things.” We know that our patrons are not starting from the same place; this has been ensured by centuries of systemic oppression. So, sometimes, we have to take the extra step to give everyone a chance to access and use our resources. Cost should not be a prohibiting factor when it comes to public institutions. Eliminating late fees is one of those extra steps that brings our most vulnerable patrons closer to resources they need. That is where equity begins.