3 Ideas to Market your eContent 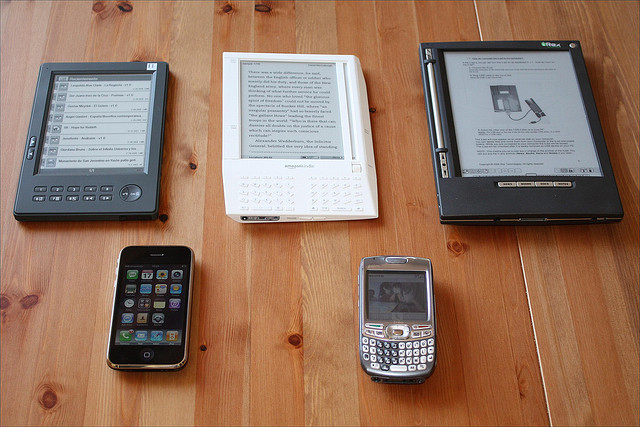 According to the PEW study from last June, about 75% of the country’s libraries have eBooks. Let’s take a moment to applaud ourselves and our institutions for so quickly adapting to the eBook market!  Now for the bad news: most of our patrons, even our most dedicated and interested customers, don’t know we’ve got this great resource. The same study reports, “58% of all those who says the library is very important to them say they do not know if their library lends e-books[1].”

Since we’re spending a lot of money of our eContent, let’s make sure we’re getting enough bang for our buck by letting patrons know about it!  Here are some ways libraries have found success in marketing their digital collections.

1.  Give eContent a Physical Presence:

One of the best ways to market your digital content is to do so in conjunction with your physical collection. At our library, we’ve added signs in the magazine collection area to advertise which titles are also available as an eMagazine through Zinio. This quick and easy signage yielded an average of a 20% increase in magazine clicks for those titles. The Sacramento (California) Public Library has added “Now in eBook!” stickers and shelf cards to promote titles that the library has in eBook and physical formats. The results? Their eBook circulation increased over 100%[2]!

Reach out to your customers virtually. This audience may already be tech savvy and interested in eContent. One of our new marketing strategies this year was to announce on Facebook when we add new titles. Out of the 87 titles that we’ve added to OverDrive in the past 30 days, about half are currently checked out.

West Virginia’s Marion County Public Library System used Facebook, Pinterest, and Twitter to expand their virtual marketing campaign with an “eBook of the Day.” Staff created this program to reach out to library customers and provide readers advisory focused on “hidden gems” in the eBook collection. As a result, the titles they showcased increased dramatically in popularity. With this success, the library has also added a “Staff Pick” component to their approach[3].  Check out the Pinterest page here!

3.  Think Outside the Library:

The next step in marketing eContent is to reach out beyond your library patrons. eContent services appeal widely, particularly to non-traditional library users.  Rather than rely on this audience to hear about our services via word-of-mouth, let’s reach out to them where they are!

Here’s a wildly successful and engaging idea: The Kent District (State) Library hosted a virtual treasure hunt, hiding books throughout their community. Patrons were asked to take a picture of the found book and upload it to Twitter or Facebook. They were then entered into weekly giveaways of prizes. In addition, the library advertised their downloadables with 22 billboards throughout the community and with radio, television, and print ads.

What new and exciting things are you doing to promote your eContent collections?  Share in the comments!