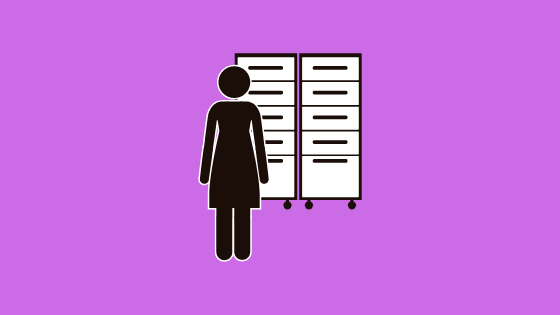 It’s been said that we live in a post-truth society, one in which appeals to emotion and beliefs are more influential in shaping opinions than facts and reason. While skepticism is nothing new, it seems particularly in vogue in the social media age to insist that because no one source is completely infallible there is no reason to place particular value on authoritative sources or expertise. This is an issue of primary concern for libraries and archives whose core values include the curation of, and provision of access to, reliable sources of information. What does post-truthism mean in terms of practical operations of collecting organizations, such as regional archives which often fall within the purview of public libraries? To begin with, how does one archive fake news?

Context is key. Information is shaped by various internal and external contexts.1 Therefore, preserving the cultural and semantic context that clearly marks the information as false is critical when archiving misleading or inaccurate information. But what exactly constitutes fake news – does this include satire, advertisements, clickbait? Other problems have to do with the “digital born” nature of most contemporary fake news and the “no such thing as bad publicity” angle – even obviously fake news is perceived as more credible when exposure is repeated, as can easily happen when digital material goes viral. Thus making such data available digitally may serve to lend weight to ideas even when context is provided that marks the material as false or inaccurate. This is less of an issue in traditional “hard copy” archives.2

Typically libraries strive to provide information in multiple formats to increase accessibility. When it comes to disinformation that is preserved for archival purposes, this approach can backfire because digital material is more easily manipulated and taken out of context. Unique quandaries are faced by libraries that include archives of extremist literature. Groups with fringe beliefs often seek to boost credibility by discrediting mainstream and authoritative sources of information.3 Unique challenges in this arena include providing context for offensive materials, presenting them in an objective manner for scholarly use, and ensuring those with valid research interests know about and have access to collections while mitigating potential exploitation for nefarious purposes.4 Format plays a large part in this as “hard copy” material requires more effort to access on the part of users and tends to attract primarily those with research interests. Offering the material in digital format makes it easier to access but also increases the possibility that its context may be misrepresented.

Some interesting issues related to objectivity and historical archives are raised in “Imperial Shrines: How Presidential Libraries Distort History5 by Benjamin Hufbauer. Hufbauer argues that presidential libraries are becoming less conducive to research and more like shrines celebrating the achievements of presidents, due to competing interests of organizations that share in their design and upkeep. Presidential library archivists and curators are hired and funded by the federal government and the archives are run by the National Archives. However, museum elements -including exhibits- are privately funded and have become more elaborate over the years, tending to glorify presidents and their achievements. Hufbauer points out cases in which more controversial aspects of a presidency have been drastically under-represented by the library. Similar conflicts of interest can impact even small regional archives when donors or benefactors aim to influence the manner in which collections are presented or interpreted.

The challenges facing archivists are growing as electronic formats exponentially increase the amount of material to be sorted. Hufbauer points out that, due to electronic formats, the number of documents per president has vastly increased, with pages numbering in the tens of millions as of 20086 (this quantity surely has exploded even more in the decade since). The dilemma posed by the pervasiveness of “digital born” material is evident in a 2017 blog post by the Library of Congress (LOC)7 explaining its decision to end a 2006-2017 agreement with Twitter which gave LOC access to all public tweets for their archive. The LOC will no longer collect all tweets, only those surrounding nationally significant events. The sheer volume of digital-born material is making it impossible for archives even as lofty as the LOC to keep up with the organization of such data. This necessitates drawing boundaries and being transparent about limitations.

Anticipating and planning for issues of context, format, objectivity, and volume will continue to be a challenge for collecting agencies, including libraries of all kinds. If your library has ideas for dealing with such issues, please add them in the comments.