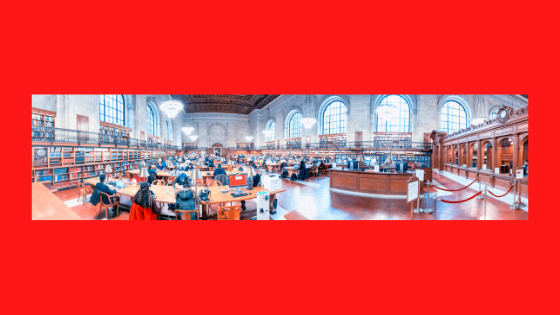 Resisting “Vocational Awe” During the Pandemic

As I write this in March of 2020, the effects of the pandemic are young. Many U.S. public libraries closed only days ago. We lack adequate testing to determine how many people are contagious. We are almost certainly not at the peak of diagnosed cases and deaths, and far from realizing long-term consequences. However, as librarians, we’ve learned a few things already. One impact COVID-19 has had on library staff is to serve as a wake-up call. Dedication to the profession is admirable and even a prerequisite, but martyrdom is counter-productive. Vocational awe may be harming library staff as individuals, harming the profession as a whole, and even harming the public.

The term “vocational awe” was coined by Fobazi Ettarh in Vocational Awe and Librarianship: The Lies We Tell Ourselves, In the Library with a Lead Pipe, January 2018: “Vocational awe describes the set of ideas, values, and assumptions librarians have about themselves and the profession that result in notions that libraries as institutions are inherently good, sacred notions, and therefore beyond critique.” In a piece that resonated, albeit with some discomfort, among many in the field, Ettarh argued that vocational awe directly correlates with pervasive problems in the profession such as burnout, under-compensation, job creep, and lack of diversity. How can devotion to positive ideals go wrong? Ettarh writes: “In the face of grand missions of literacy and freedom, advocating for your full lunch break feels petty. And tasked with the responsibility of sustaining democracy and intellectual freedom, taking a mental health day feels shameful. Awe is easily weaponized against the worker…”

Serving the community is our mission. But librarians are people too, and also part of the community. Problems for individuals become problems for the profession as a whole when fewer excellent candidates are drawn to or remain in the field. It becomes a problem for public librarianship in particular when the demands of irregular rotating shifts make childcare difficult and increase stress, causing loss of staff to other types of libraries that offer stable schedules.

The decision by many city and county officials to keep libraries open during the start of the pandemic entailed particular risks to public library staff and patrons. The very ideals that public library professionals take pride in– welcoming service to all, the more the merrier- is exactly what exacerbates danger during an infectious disease crisis. Closure of schools and enjoinders to “work from home” during the pandemic meant more people displaced from other institutions would flock to public libraries that remained open, compounding the risk.

As COVID-19 spread in the US, along with reports of devastation from countries previously affected, library social media sites formerly devoted to enthusiastic sharing of program ideas and reader’s advisory tips became infused with something else: fear and anger. As staff continued to work in libraries visited by hundreds or thousands of people per day, sharing keyboards, touch-screen kiosks, books and toys, many worried for their health and that of loved ones and patrons. Many felt in the dark as to whether or when their libraries would close or limit services. As more did close, those remaining at work in crowded buildings pleaded on social media for others in the field to advocate and sign petitions on their behalf.

Mirroring those concerns, a piece in The Gothamist about the Brooklyn Public Library remaining open quoted one employee as saying: “I’m a bit worried. It seems to go against what public health officials are saying.” Another was blunt: “I’m so mad. I have kids at home… They don’t care about our health…”

Chicago Public Library kept some branches open until the Governor of Illinois announced a “stay at home” order for the state. The Chicago Tribune quoted Chicago Department of Public Health Commissioner Alison Arwady stating libraries must remain open to “provide for those who have no other place to go for basic access to the internet or other resources.” A library staff member quoted in the article confessed: “…maybe we are serving too many purposes, maybe there should be other alternatives for our homeless population.” ProPublica Illinios also reported on the situation, quoting a librarian: “The mayor is forcing libraries to be the social safety net of the city… She is relying on us to do what the city is supposed to be doing by providing homeless shelters, mental health institutions, being a day care.”

By remaining open, libraries send a message to the public that it’s safe to come in. “My library was filled with older people… I just wanted to go out and scream, ‘Go home. What are you doing here?’ I knew that if we didn’t make that move to close the building, they would never stop coming. We were, at that point, doing more harm than good,” relayed Jennifer Pearson, director of the Marshall County Memorial Library in Tennessee, quoted in Wired Magazine. On March 17, the ALA Executive Board concurred, recommending that all libraries close during this stage of the pandemic: “Keeping libraries open at this time has the potential to harm communities more than help.”

Not only should we be asking what constitutes a fair burden to place on library staff- but whether the very fact that public libraries provide access to limited resources allows us to make excuses for the fact that so many in our society struggle with underclass status- without access to wireless and internet services, without access to emergency shelter. When it comes to serious widespread issues such as poverty and homelessness, offering public libraries as the panacea can seem like siphoning up the ocean with an eyedropper. The temporary closure of libraries might force us to examine some of the inequities in society and envision more widespread solutions.

Disclaimer: This article expresses my own opinions and is not intended to reflect those of my employer or any other individual or organization.